On Thursday evening, Leicester and Napoli locked horns in a tight match which resulted in a 2-2 draw in the Europa League. However, the game turned ugly after the final whistle as fans clashed in the stadium.

Police were required to intervene as the fans attacked each other.

Rival supporters spilled over segregation netting to confront one another before being pushed back by the police.

Missiles, including plastic bottles were thrown which resulted in fans clashing with the police.

It was reported fans were urged to stop by the King Power’s speaker system which asked supporters to "respect your club" by "moving away from the segregation line." 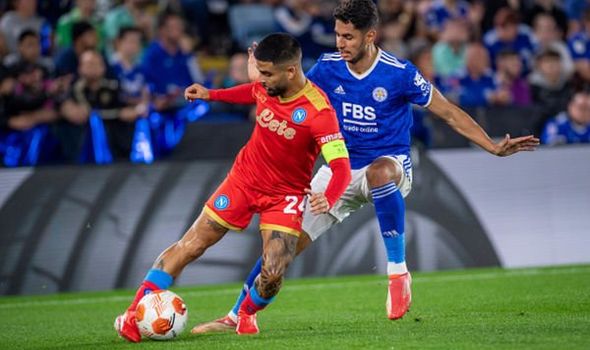 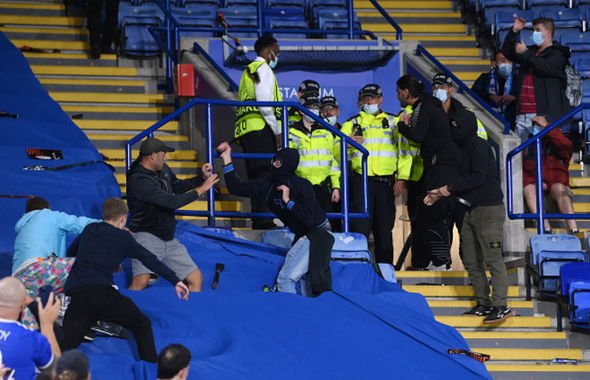 Fans at the stadium (Image: Getty)

The two clubs were joint favourites to lift the trophy in Seville in May.

It is still not clear what caused the violence as fans were mainly behaved throughout the 90 minutes before extra time was added.

The Foxes were previously leading the match by two goals before striker Victor Osimhen scored.

Napoli then came back from a 2-0 down to draw even with the Midlands team. 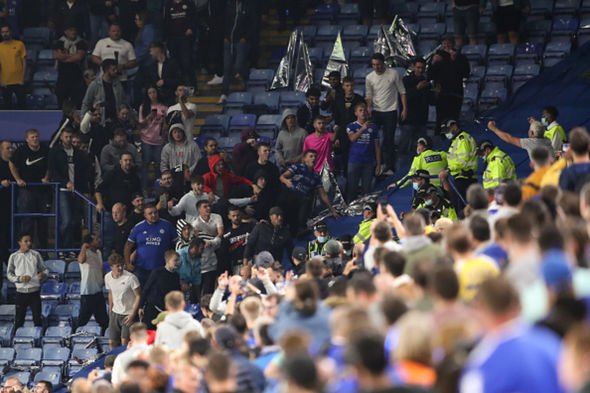 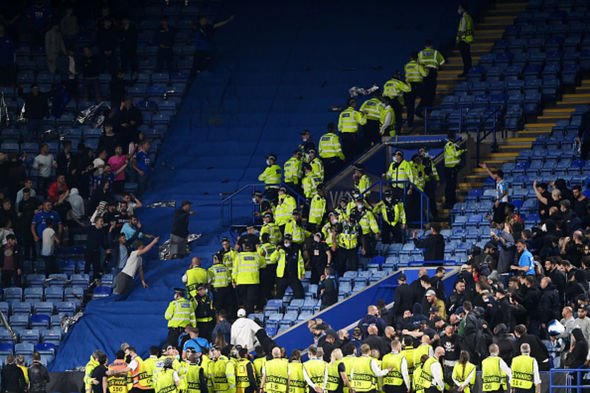 Scenes at the stadium (Image: GETTY)

In the match Leicester City player Ayoze Perez had his first ever European goal.

Leicester midfielder Wilfred Ndidi was sent off during the same time as fans altercated in the seats.

Following the game, Leicester manager, Brendan Rodgers said: “I was really pleased with the team in terms of the mentality, the goals we scored and the resilience we showed for a lot of the game.

“That was real good measure for us, with the experience and quality that Napoli have. 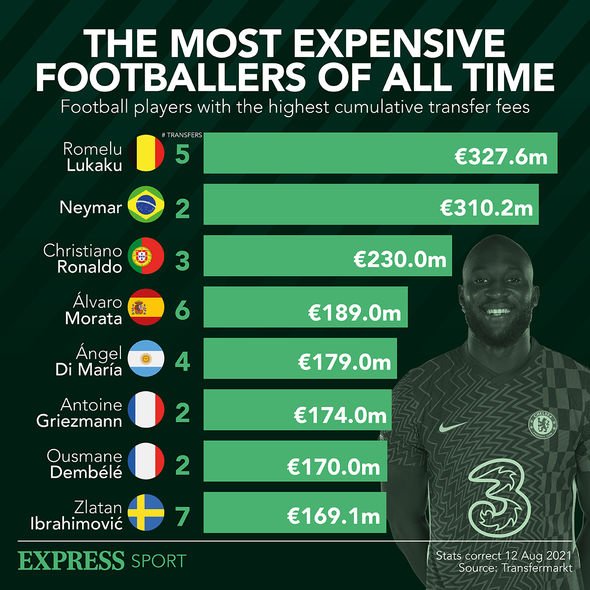 “The crime isn’t giving away the two goals, the crime is if you don’t learn from it – and I’m sure that is something this young team will do.”

Barcelona wants to sign Vlahovic from Fiorentina if they don't buy Holand (Gerard Romero)
Manchester United's new crisis: they lose even with Ronaldo, Pogba blames the defense, Sulscher admits mistakes
Brentford coach: Chelsea are very lucky. We dominated the last 30 minutes. He has 5 strokes!
Tuchel about 1-0 with Brentford: Chelsea were strong in the first 70 minutes and lucky in the last 20
Ronaldo has no effective actions in three consecutive Premier League games. Today he struck 3 shots, gave 31 passes and was offside 3 times
Why is Mehndi not nominated for the Golden Ball? Rüdiger about the goalkeeper's game with Brentford
The Salah-Mane-Firmino trio breaks up again: 5 goals for Watford, more than 16 Premier League teams have scored