Plans for a new boutique hotel in region approved 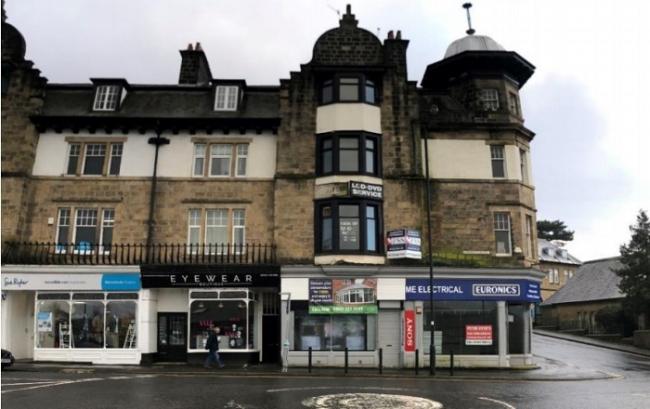 The building on Cowpasture Road in Ilkley

A NEW ‘boutique’ hotel will open in Ilkley town centre after plans to convert a former shop were approved by Bradford Council.

The former electronics store at 4 Cowpasture Road, was the subject of an application by Andrew Asquith, submitted this summer.

It called for the shop and its upper floors to be converted into an eight bedroom hotel in the centre of the town.

Now the application has been approved by planning officers.

The application said: “The building has not been well maintained for a number of years and is in need of investment to prevent it falling into further disrepair.

“The front of the building will be retained and refurbished. This development will enhance and preserve the existing character of the building frontage on to Cowpasture Road. It should be noted that the alterations to the shopfront reinstates the original design.”

The plans have been altered from the original scheme – which would have seen a 10 room hotel created, with an extension to the rear of the building.

The extension has been reduced in size after concerns were raised by neighbours and Ilkley Town Council.

Approving the plans, Council planning officers said: “The proposal would bring people into the area who would in turn help to sustain the local economy and support other local shops and services.

“The proposal will bring the building back into use and will improve the appearance of the building which in turn will ensure its long term survival.”

Jaydon Sancho: Zenit made us work hard, but Borussia managed to score
Frankie de Jong on the defender's role against Juve: Always ready to play where Barcelona need to play
Rashford with 4 goals led the race of scorers of the season Champions League
Holand scored the most goals (12) in the first 10 matches in the Champions League
Pirlo about 0:2 with Barca: this match will help Juventus grow
Griezmann did not make any effective actions in 6 matches under Koeman
Ole Gunnar Solskjaer: Leipzig made Manchester United work hard. Rashford had a big impact on the game
Source https://www.keighleynews.co.uk/news/18748355.plans-new-boutique-hotel-ilkley-approved/?ref=rss