PIERS Morgan fumed at his son Spencer in yet another heated clash over coronavirus lockdown rules today.

The social media run-in came to a head with 27-year-old Spencer bidding his famous dad "farewell" after the 55-year-old GMB presenter begged "covidiots" to unfollow him.

The pair have been at loggerheads for months over lockdown rules, with Spencer being incredibly vocal in his belief that measures are too strict and only the vulnerable should take precautions.

Meanwhile, Piers has regularly spoken out against the government; chastising them for not doing enough and insisting that we need stricter measures.

Piers retweeted the message and added: "You can revive economies. You can't revive dead people."

Immediately after, the star seethed: "Can all Covidiots please just unfollow me and f*ck off.

"This 2nd wave is extremely serious & I'm not interested in your insane conspiracy theories, your dumb fake charts, your 'proof' that covid's 'not as bad as the flu' - or any of your ignorant abusive garbage."

Spencer shared the message alongside the simple comment: "It was a fun 27 years. Farewell".

Earlier this month, Piers urged his son to "get a grip" after he'd complained that his twenties were ending "three years early" due to the new Tier lockdown system.

Unafraid to publicly call out his son, Piers tweeted: "Your great-grandmother spent 5yrs of her 20s enduring World War 2 & then enjoyed another 70 more years of fun-packed life afterwards.

"You’ve done 5 months of mild inconvenience by comparison… Get a grip."

Spencer and Piers have previously insisted that the bickering is just healthy debate between a father and son, with Piers telling one critic: "I’ve always encouraged my children to be their own people & speak their own minds…"

Spencer added: "Only idiots can’t have a civilised debate".

Piers has been one of the most outspoken stars on coronavirus, and the government's handling of it.

In August, he fumed: "I think it might be easier if all those who've deluded themselves into thinking the pandemic is 'over' to unfollow me.

"There are plenty of T-list celebs & ex-sportsmen who agree with you - so follow them & read what you want to hear, then you won't get so angry all the time."

To which Spencer replied: "Goodbye dad". 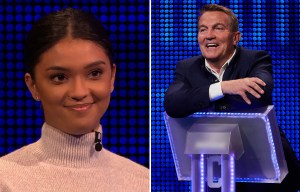 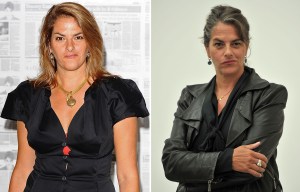 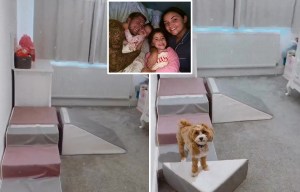 Before that, Piers called out Spencer for saying coronavirus poses no threat to Premier League footballers, tweeting: "Young healthy people need to stop acting like the virus is irrelevant because it doesn’t kill them."

Spencer hit back at the time: "And older / vulnerable people need to accept that life isn’t fair and that in this instance it is their responsibility to be smart and shield themselves as much as possible."

Spencer is Piers' oldest son with ex Marion Shalloe, who he also shares 23-year-old Stanley and 19-year-old Bertie with.

The star is also dad to eight-year-old Elise with wife Celia Walden.

Goodbye, Dad Buba Diop. Thanks to you, I lived the most memorable tournament of my childhood
Nuno about 2:1 with Arsenal: We played amazing, very proud. Jimenez recovered
Arsenal scored 13 points in 10 opening matches - the worst result in 39 years
West Brom can be bought by us investors. The Chinese owner of the club wants 150 million pounds
Lampard on Mourinho's words about ponies: You have Kane, Son, bale and alli. We are all fighting to win the Premier League
Mourinho on winning the Premier League: Tottenham are not in the race, because we are not a horse, but a pony
Laurent Blanc: I will return to football, but in children's. Now coaches are being asked to increase the cost of players, I don't like it
Source https://www.thesun.co.uk/tvandshowbiz/13050285/piers-morgan-revive-dead-clash-spencer/