PIERS Morgan has defended Caroline Flack after David Walliams' "nasty" joke about her at the NTAs went "down like a lead balloon".

Ranting about the host's "unfunny" performance, Piers stood up for the ex-Love Island host who is facing assault charges in court.

At the end of the evening, The Masked Singer's Joel Dommett arrived on stage to present an award alongside show contestant Hedgehog.

Joel said it might not be the real celebrity who is masquerading as Hedgehog on the ITV singing show inside the costume - and they could actually be at home "watching Love Island".

David, 48, quipped: "Thank you Joel - and so nice to see Caroline Flack back on TV as well."

He said: "All his jokes bombed and right at the very end he made a nasty little dig at Caroline Flack. "Whatever you think of her she's had the worst few weeks of her life and then she had to put up with this from David Walliams."

Caroline, 40, quit Love Island after being arrested following a bust-up with boyfriend Lewis Burton at her London home.

She wasn't at the National Television Awards last night, where Love Island had been nominated in the Best Challenge Show category, against a range of other big-hitters. 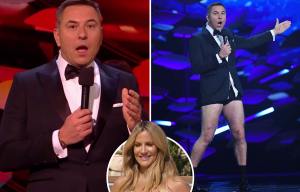 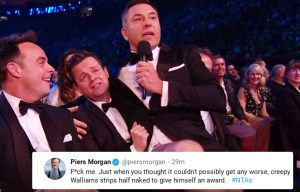 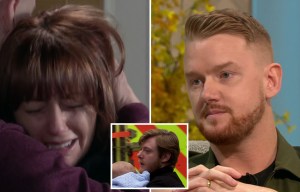 Corrie's Gary gets revenge on Daniel for 'killing his unborn child' 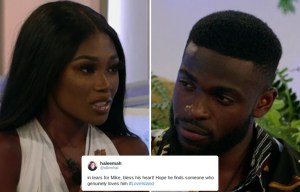 Ahead of the ceremony she said on Twitter: "Good luck to all the team and cast at tonight's NTAs... it's such a fun night... cmon Love Island."

The winter series of Love Island is being hosted by Caroline’s pal – and girlfriend of voiceover star Iain Stirling – Laura Whitmore.

The best bike cleaner you can buy in 2020

Flooding gets even worse as River Severn continues to break records

Woman zipped boyfriend in suitcase and left him to die, police say

Coronavirus symptoms and the latest NHS advice on Covid-19

ADVERTORIAL: Your debt worries can be solved

‘I heard the signal – and threw my flour bombs’: why the 1970 Miss World protest is still making waves

'I have nothing to lose': forgotten survivors of the new Wild West

Braga vs Rangers live stream: How to watch Europa League fixture today online and on TV