It comes after it was revealed that pro skater Matt Evers and Steps singer Ian 'H' Watkins, both 43, will perform together on the upcoming series of the hit skating show.

It follows years of speculation about same-sex couples on dance shows and will heap extra pressure on its Strictly.

Speaking to The Sun Online Phil said: "What’s lovely about that is It’s a big deal this year, but then either next year when we or Strictly or whoever does it, then it won’t be.

"It can be second and it won’t be as extraordinary. It’s the dynamics of the performance, how they work together."

His co-host Holly Willoughby echoed the sentiment and said: "It does feel like 'it's about time to.' "When you hear about it, you're going, 'of course' that's the great thing about it.

She added: "It isn't just a token pairing and I think it is going to be really interesting to watch. It will change the dynamic slightly, what they can both do, they're strengths, their weaknesses, what they can't do."

It follows years of speculation about same-sex couples on dance shows and will heap extra pressure on its rival Strictly.

The BBC show opted not to include one this season despite years of speculation and debate — and has been pipped to the telly landmark.

Steps singer Ian is said to have asked Dancing on Ice chiefs about partnering a man on the next series — and the “fully supportive” team agreed.

The pop star will link up with US pro skater Matt who has been on the ITV show since it started in 2006.

It is hoped the move will usher in a string of same-sex telly dance partners.

A show source revealed: “After conversations with the Dancing on Ice production team, H enquired as to the possibility of being paired with a male pro skater.

“Bosses at Dancing on Ice are fully supportive of a same-sex partnership, so this year H will be paired with Matt.

“It’s a huge moment in TV history. A lot of viewers will be watching and the hope is it might set a trend.”

Strictly has been under increasing pressure to include a same-sex couple for several years. 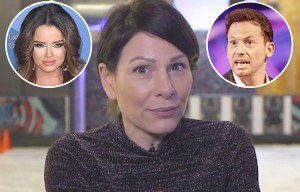 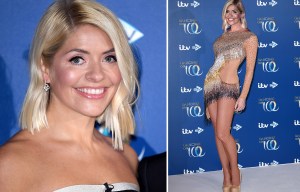 PUTTING ON THE GLITZ

Michael Barrymore forced out of Dancing On Ice after breaking hand 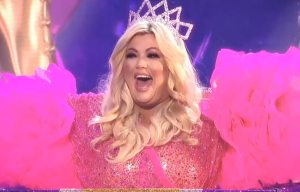 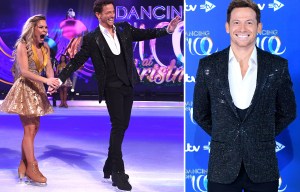 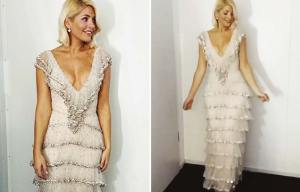 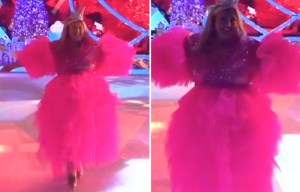 'i could have won'

A BBC spokesman said this year it was “proud” to have featured same-sex dancing among the pros in group numbers.

He added: “We are completely open to the prospect of same-sex pairings between celebrities and pro dancers in the future, should the opportunity arise.”

Judges Craig Revel Horwood and Shirley Ballas said they will back it. But ex-head judge Len Goodman suggested it may spark a backlash from viewers.