Lorry driver shortages have been causing supply delays over the last few months to restaurants and supermarkets, and now fuel is running out in UK petrol stations. Up to 90 percent of British fuel stations ran dry across major English cities this morning, after hundreds of people began "panic buying" gallons of petrol and diesel to store at home.

Many drivers have not been able to buy fuel, including the emergency services, and there has been a wave of criticism naming panic buyers as “selfish”.

Ministers and fuel retailers have urged people not to take more fuel than they need.

Executive Director of the Petrol Retailers Association, Gordon Balmer, said: “We need some calm. Please don't panic buy: if people drain the network, then it becomes a self-fulfilling prophecy."

Prime Minister Boris Johnson is preparing to draft in hundreds of soldiers to drive tankers around the country to supply petrol, under government contingency planning known as Operation Escalin.

Do you think he should announce a national cap on fuel to stop people hoarding supplies? Vote now. 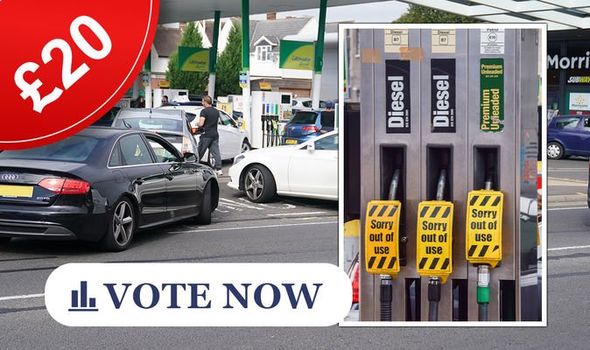 Would you accept a fuel cap to stop panic buying? (Image: Getty)

The current shortfall of lorry drivers stands at about 100,000, and political analysts have blamed the supply shortages on the UK’s decision to leave the EU.

Longwinded visa paperwork, border crossings, and queues have dissuaded an estimated 25,000 European drivers from continuing work in the UK since Brexit.

Mr Johnson has now approved 5,000 visas to foreign drivers in a bid to ease the fuel crisis.

But critics say the move is not enough to solve the supply crisis.

Edwin Atema, head of research and enforcement at the Netherlands-based FNV trade union, told the BBC that EU drivers were unlikely to flock to Britain given the conditions on offer.

They said: "The EU workers we speak to will not go to the UK for a short-term visa to help UK out of the shit they created themselves."

Earlier this year, the Government rejected a call to issue 10,000 temporary visas to EU workers, and ministers instead decided to relax driving test rules and legal driving hours, from nine to 11 per day.

The Home Office said in a statement: “The British people repeatedly voted to end free movement and take back control of our immigration system and employers should invest in our domestic workforce instead of relying on labour from abroad.”

But despite recent pay rise offers from employers, many ex-lorry drivers have claimed that the conditions of the job are unacceptable, and they will never return.

Jim Titheridge, a former HGV driver of 30 years, shared a viral post that read: "Not only have we been rejected from our towns and cities, but we have also suffered massive pay cuts, because of the influx of foreign drivers willing to work for a wage that is high where they come from.”

Mr Titheridge also stressed the lack of overnight, cleaning and hospitality facilities available to drivers across the UK.

In a final call to the government, he added: "Do you want me to go back to driving trucks? Give me a good reason to do so.

"Give anyone a good reason to take it up as a profession.

"Perhaps once you work out why you can’t, you will understand why your shelves are not as full as they could be.

"I tried it for over 30 years, but will never go back, you just couldn't pay me enough."

Receive the news that matters to you from the Houses of Parliament and around the world. Sign up for the free politics newsletter here: /newsletter-preference-centre 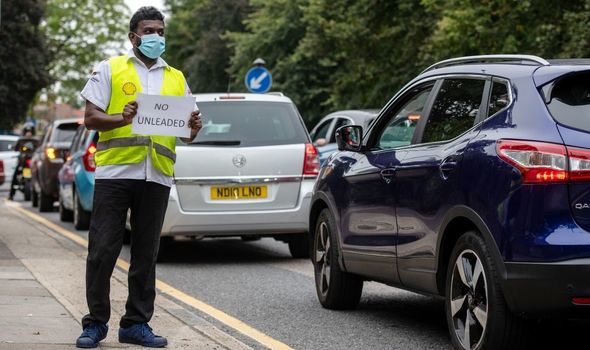 Cars up and down the country have queued for fuel until petrol stations ran out (Image: Getty)

COVID-19 has also had a major role to play in the lorry driver crisis as over 40,000 HGV tests were cancelled by the DVSA due to the pandemic last year, creating a huge back-log of Britons waiting to get their license and join the industry.

Hauliers are also struggling to attract young people into the job and have failed to replace the huge number of lorry drivers who have recently decided to retire.

Approximately 2,000 drivers are leaving the industry every week, but only 1,000 new recruits are joining the workforce in that same timeframe.

What do you think is to blame for supply shortages? Brexit, employers, or driver conditions? Let us know more about what you think in the comment section below.

Ex-referee Pieri on the Juventus - Roma match: If Orsato had held the whistle in his hand and not in his mouth, he would have had more time
Josep Bartomeu: Barcelona considered signing Mbappe, but the coaches preferred Dembele
Ferdinand on Manchester United: Sulscher should be more demanding of the players. This is his squad, Ole will be evaluated by wins
Ancelotti on Hazard's injuries: Eden is the most upset. He is tired of these problems
Mourinho showed three fingers again during the Juve match. Perhaps he hinted to the fans about the treble with Inter
Virgil van Dijk: It's difficult to come back after a knee injury. The only thing I can do is try my best to help the team
Modric on the World Cup once every 2 years: Meaningless. The event is special because 4 years are waiting for it. Players are not asked about anything