MO Lea barely escaped with her life when she was repeatedly struck with a hammer and stabbed with a screwdriver walking home alone in Leeds.

It was October 25, 1980, less than one month before the Yorkshire Ripper carried out his last murder less than a mile away – but cops wouldn't link what happened to Mo with their increasingly desperate hunt for the murderer.

It was only three months later when Peter Sutcliffe was arrested and his image was covered in the media that Mo realised the truth: she'd been targeted by the most dangerous serial killer in modern British history.

Sutcliffe officially murdered 13 people between 1975 and 1980 – but there are survivors who believe they too were attacked by the serial killer.

No one was ever convicted of Mo's attack, and when Sutcliffe died in November he took any possibility of a confession to his grave, leaving Mo without justice.

A new Channel 5 documentary, The Yorkshire Ripper's New Victims, delves into the cases of those overlooked by police during their disastrous investigation – including Mo's.

Who are Sutcliffe's 'forgotten victims'?

As well as Mo's story, The Yorkshire Ripper's New victims links several other cases with Peter Sutcliffe who never got justice:

Before Mo was attacked, the fear around the Yorkshire Ripper case was already at a fever pitch.

Originally from Liverpool, Mo came to Leeds to study for a Fine Art degree and was well aware of the investigation.

Women were being told not to walk anywhere alone after dark and recordings of what was thought to be the killer's voice were played all over the city in a bid for public help – it later emerged that the messages were a hoax.

But the cops were desperate to end the humiliating years-long hunt for the man being called the Yorkshire Ripper, who'd already killed 12 women by the time Mo was attacked.

It happened as she was walking home in Leeds after meeting with friends at the pub to discuss plans for her upcoming 21st birthday.

She left at about 10pm – later than she'd planned to stay out – to walk home alone.

Mo decided to take a shortcut home down a road which had a light out in the middle of it, but she could see the lights of the main road at the other end, so decided to go on.

She was getting close to the main road, when she heard a man's voice behind her.

"He was really friendly – he had a really light voice saying 'hey, hi, how are you?'" Mo says.

"It was bound to be someone I know – he was so friendly."

But when Mo turned to look at his face in the dark, she realised she had no idea who he was – and that she was in danger.

"I turned to walk briskly and then faster – and then I heard his footsteps behind me getting faster and faster.

"Then I felt this massive blow to the top of my head and I saw the ground coming towards me, and I blanked out.

"I woke up in hospital with really bad injuries."

'I was lucky to be alive'

Mo's injuries weren't just bad – they were so severe that, when her parents came to visit, they waked past the foot of her bed because they didn't recognise her.

"My jaw was broken so my face was really swollen. I had two black eyes and I could hardly speak," Mo says.

"He'd hit me over the head a number of times with a hammer and also pierced underneath my skull with a sharpened screwdriver which just missed my spinal cord by millimetres."

A couple spotted Mo's assailant standing over her unconscious body and ran over to help, scaring him off.

Mo's smashed jaw needed to be reconstructed and her teeth were wired back up, and she went back home to Liverpool to recover.

Mo says her parents were amazing, but it was difficult for everyone to come to terms with what had happened to her.

"It wasn't really spoken about because it was just too awful and too painful," Mo says.

"We all knew I was lucky to be alive."

Police had taken a statement from Mo between her attack and her operation, but no one mentioned the Yorkshire Ripper.

"It didn't even come to my mind that it would have been him until I saw his face on the television early in the new year when I was ready to go back to university," Mo says.

It was January 2, 1981, when police got a lucky break – they arrested Sutcliffe for driving with false licence plates.

Sex worker Olivia Reivers was also in the car and, when cops later examined the spot where they arrested Sutcliffe, they found he'd secretly ditched a hammer, knife and rope.

But knowing who'd attacked her didn't bring Mo any relief.

"I didn't want it to be him because, what was I going to do if it was him? What will people think? That I was a prostitute?

"The shame and the stigma and the horror was huge, so I didn't say anything to anybody – I buried it."

Case brushed under the carpet

As details of Sutcliffe's crimes became known, people speculated Mo could be an overlooked victim – but she denied it.

Mo's name was even mentioned in the Byford Report, a damning inquiry into the force's handling of the Ripper investigation.

But Mo thinks cops didn't want to connect her case to the serial killer investigation to save face.

"They were being ridiculed by the public and the media," Mo says.

The hoax tapes dreadfully misled the investigation, causing detectives to only search for a man with a Geordie accent.

"I wasn't asked what kind of accent he had or anything," Mo says.

"They brushed my case under the carpet to keep their noses clean. They didn't want to admit another student had been attacked.

"It was the same modus operandi. It was straightforward.

"They were really stupid and belligerent and ignorant and arrogant and bullish, those policemen."

Roger Parnell, a detective who believed Mo was attacked by the Ripper, told her that those who made the link were threatened with demotion.

His insight gave Mo the closest thing she may ever get to closure on the issue.

"I was very pleased to take part in the Channel 5 documentary because I got to meet Roger Parnell and he said: 'We knew it was him'," Mo says.

"I burst into tears."

She hadn't admitted her fears about being targeted by Sutcliffe until she was 35, over a decade after the attack, and she feared no one would take her seriously.

Mo will now never get the one piece of justice she desperately deserves: a confession.

Police tried to connect her case to Sutcliffe by examining his hammer for her DNA in recent years, but the search proved fruitless.

And all hope that he would ever own up to the crime was lost last November when Sutcliffe died from Covid-19.

Keith Hellawell, Chief Constable of West Yorkshire Police in the 1990s, was tasked with looking into 78 unsolved cases which Sutcliffe may have been responsible for in a bid to get him to confess to more crimes after his conviction for 13 murders.

Hellawell narrowed his list down to 10 and made it his mission to get justice for more victims.

"He was convinced Tracy Browne and I were two of the most likely people to have been a victim of Sutcliffe," Mo says.

"He went to great lengths to get a confession."

Sutcliffe did confess in 1992 to having attacked a 14-year-old Browne with a hammer from behind in 1975, which raised Mo's hopes.

But he never admitted to her assault.

"Although I dress things up in art and writing and poetry and my professional career, deep down I'm really, really annoyed at him.

"He knew he could have told Hellawell, but he chose not to."

The new documentary delves into her case and others who now face the prospect of never getting the answers they deserve.

But despite being able to speak out about her anguish, Mo refuses to be defined by what happened to her. 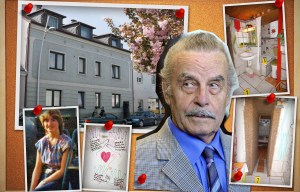 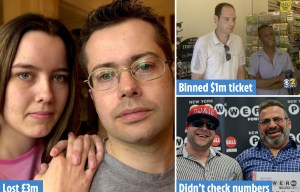 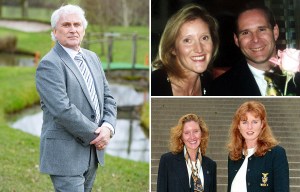 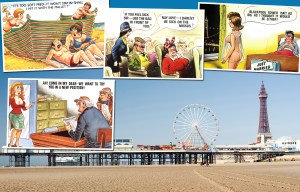 Traditional seaside postcards are just too saucy for the 'woke' generation 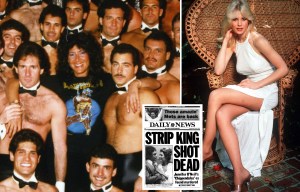 She says she's enjoyed an incredible career as a lecturer and artist, and has been making new work at her home studio throughout the pandemic.

"There's more to me than being a survivor of Peter Sutcliffe," she says.

"But this is a story that won't go away because you cannot bury the truth."

Mo is the author of Facing the Yorkshire Ripper: The Art of Survival, which is available through her website.

The Yorkshire's Ripper's New Victims is on Channel 5 tonight at 9pm.