PETER Andre reckons this year's contestants on I'm a Celeb and Strictly will have a much easier time of it than he did thanks to coronavirus measures.

The dad of four, who braved the jungle in 2004 and the ballroom in 2015, says he was left "petrified" with nerves having to perform in front of a live audience - a fate this year's stars will avoid.

Peter, 47, says I'm a Celeb's shock relocation from the Australian wilderness to Gwrych Castle in Wales will be much less daunting for this year's intake.

"I probably wouldn’t be as scared to go to Wales,” Peter tells Sun Online.

"I do think they’re going to get it a little bit easier for two reasons.

"They’re not going to get the snakes and the spiders – you do have snakes and spiders here but it’s not quite the same as a funnel web spider or a rattlesnake.

“And the other thing is, if they by any chance get to eat some of the Welsh food – mate, they’re going to be loving life.”

Peter, who is now teaming up with veggie food company Quorn, was the seventh campmate to be eliminated during the third series of I'm a Celeb, which is also where he met his first wife Katie Price.

Despite the twentieth series being set in a notoriously haunted 200-year-old castle due to the pandemic, Peter thinks it just won't be as scary for celebs who had to camp among the critters.

"I think they’re actually going to enjoy it," he says.

"I think they’re going to try and make it as hard as the Aussie jungle, but I don’t think it can be as hard just because of your surroundings – but I think people watching will be just as pleased.”

And he reckons the stars competing in this year's Strictly Come Dancing will also have a less "petrifying" experience, too, thanks to the pandemic.

The BBC ballroom show will have a reduced, socially-distanced audience in the studio this year to stop the spread of the virus.

Peter says the smaller crowd might pose a problem for professionals – but it'll be a blessing for their nervy celebrity partners.

“Personally, I think it’s going to be harder for the professional dancers because they thrive with that live audience," Peter says.

“But for the contestants, it’s a different story. I was petrified every Saturday night more than I’ve ever been in my life.

“Strictly was the hardest thing I’ve ever done. When that Saturday night came and they go: ‘And doing the tango, Janette and her partner...’, I would get the worst sick feeling.

“All the audience are right there – they’re right next to you. There’s no barriers, you’re not on stage in a concert with lights blinding you.

"The audience are right there, and it freaks you out, it really does.

“So for me, I would have maybe found it easier without the audience, but I think some people will find it difficult.”

Peter has also praised the show's decision to include a same sex couple for the first time, with Olympic boxing champ Nicola Adams set to join a female partner.

“I think it’s brilliant," Peter says. "I love that all TV is adapting, and this is exactly how it should be.

Peter is currently starring in his own reality show, Life With The Andres, along with his wife Emily and their kids, exclusively on The Sun's YouTube channel. 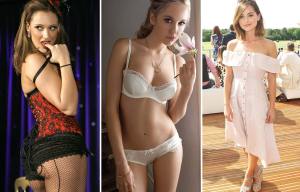 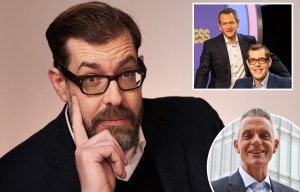 If I ran BBC I’d remind them they're paid by licence fee, says Richard Osman 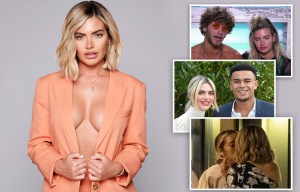 NO MEN FOR MEG 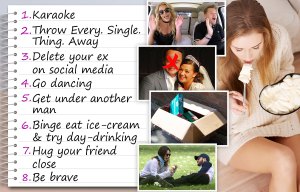 He has also recently teamed up with Quorn on their Nuggets of Change campaign which encourages people to reflect on the small, positive changes that might have come about because of recent events.

As well as pledging to tell fewer dad jokes, Peter is aiming to eat more meat-free meals - and rustle up more for his kids too, who currently go veggie one night a week.

“If I can get a couple more nights into them, then they’ll match me and Emily of having three nights a week - which is what I used to have as a kid,” he says.

Mbappe is wary of extending his contract with PSG without being able to leave the club
Lucescu says that it was he who first put Pirlo on the field in 1998. This is not quite true
Bruno on the penalty miss: I'm human, it happens. Next goal for sure
Neymar wants to extend his contract with PSG, but the club has not yet started negotiations. The player's entourage is upset about this
Referee Oliver is appointed for the Bayern - Atletico match in the Champions League. He worked on the game Everton - Liverpool
Ex-judge Halsey: I'm surprised Pickford didn't get a red card. He put van Dijk's health at risk
Ander Herrera: I didn't feel love from Manchester United. The management and I had different views
Source https://www.thesun.co.uk/tv/12692825/peter-andre-im-celebrity-get-me-out-here-strictly-coronavirus/