These are uncharted waters for Pep Guardiola. The Manchester City manager has never stayed at one club for a fifth season before, he has never hung around in one place for so long to oversee a squad rebuild, and he has never stayed on after a failed title defence either.

“I would not be here if I didn’t feel the fire or the desire to play good,” he insisted at his first press conference of the new campaign on Friday. “I still want to help the players avoid making mistakes and still I have passion to do it and maybe more than ever. I want to try to be together and do a good season.”

Guardiola’s contract is set to expire next summer but he says he would “love” to extend his stay in Manchester. There is one key condition, though. “I have to deserve. This club achieved standards in the last decade but we have to maintain that and I have to deserve it. I am going to see if I deserve it this season in terms of how the club goes forward and improves.”

In other words, he will wait and see whether City return to the extraordinarily high and exacting standards they have previously set before committing his future to the Etihad.

Those standards proved too high and too exacting last year. Despite scoring more goals and keeping more clean sheets than any other top-flight outfit, despite having the PFA Player of the Year in Kevin De Bruyne playing the best football of his career, City lost nine games - the most league defeats in a single season of Guardiola’s career - on their way to finishing 18 points behind champions Liverpool. 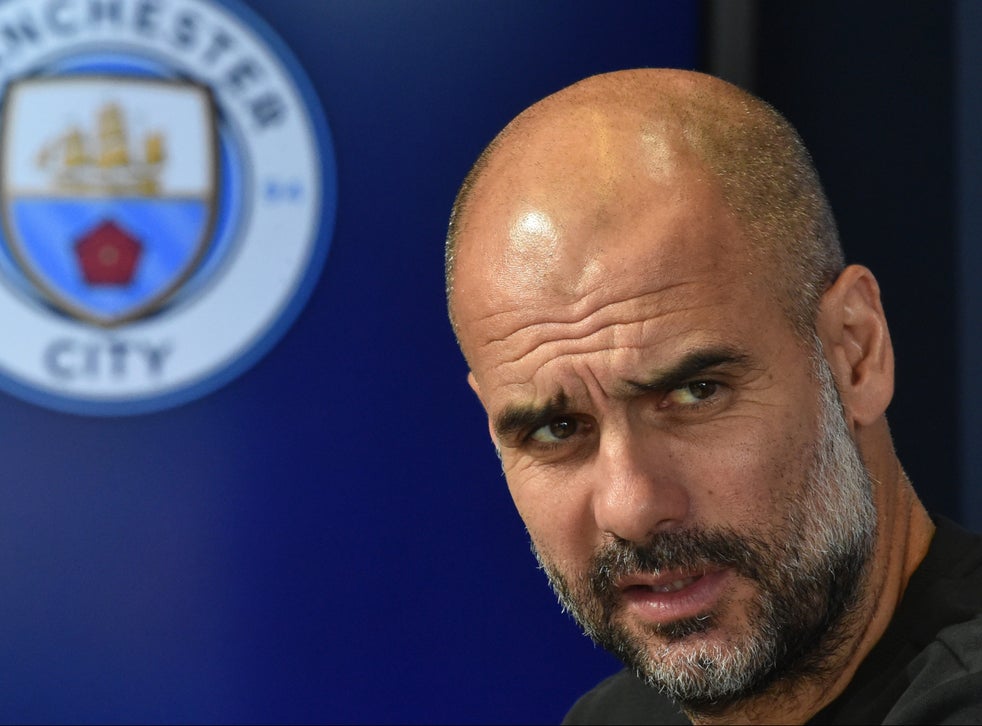 A trip to Molineux to play Wolverhampton Wanderers on Monday night offers an early opportunity to prove that lessons have been learned. Last season’s corresponding fixture, the day after Boxing Day, was typical of their defeats last season: coming against top-seven opposition, playing with only 10 men after a needless red card and shipping two goals or more in quick succession.

If that seems like a familiar pattern, it is because Guardiola is yet to break it. Seven of City’s nine defeats last season came against teams to finish seventh or higher, with defeats at Anfield, the new White Hart Lane, Old Trafford and Stamford Bridge as well as Molineux. Sendings-off against Tottenham Hotspur and Chelsea also proved costly, while the phenomenon of conceding several goals in a flash has been one of Guardiola's foibles for some time now.

Some days, they can be brilliant, arguably still the best in the country and on the continent. City scored four goals or more 11 times in the Premier League last season and three goals or more in 17 games, winning all of them. The ceiling of what this group of players can achieve under Guardiola’s guidance is arguably higher than Liverpool’s under Jurgen Klopp. But then, City’s floor is lower too.

No team with aspirations of domestic and European success can shoot themselves in the foot as regularly as City do. Individual errors were another common thread running last season’s worst moments - with Guardiola more at fault than anyone else for his team selection on the worst night of all, the Champions League quarter-final defeat to Olympique Lyonnais - but to point the finger at this goal or that moment risks ignoring the wider, collective, systemic issues with a team that had previously seemed imperious.

The ability to dominate practically any opponent is still there but every team that faces City can be confident of creating at least one or two good goal-scoring chances. That was not the case during those two title-winning seasons. The press - once so effective at snuffing out attacks out at the source - is increasingly porous, as Rodri and Ilkay Gundogan have struggled to exert their influence when out of possession in the way that newly-appointed club captain Fernandinho once did.

Reinforcements have come in. City have signed a highly-rated right winger in Ferran Torres - a £21m signing from Valencia - and paid £41 to Bournemouth for left-footed centre-back Nathan Ake, who will provide cover to the indispensable but injury-prone Aymeric Laporte. And yet, without a more accomplished centre-half arriving before next Monday's transfer deadline, there is every chance the same frailties rear their head again.

And as new faces arrive, others slink away into the background. Sergio Aguero is in the final year of his contract and is the last remaining member of City’s first Premier League title winners. He and Fernandinho are the sole survivors from the 2014 triumph. But even going back the 100-point campaign of two years ago, only six of Guardiola’s first-choice ‘centurions’ remain at the Etihad and could still be called regulars.

One of the all-time great Premier League sides is beginning to enter a new cycle. This is now a team in transition with the greatest coach of his generation attempting his first-ever rebuild. Again, these are uncharted waters for Pep Guardiola. Whether he will steer the ship through safely - and in doing so, convince himself to stay at the helm - is far from certain.

Ex-FIFA inspector Bartfeld on Loko Red Bull's 2nd goal: the Referee made a mistake. There was a direct kick to the legs, went the development of the attack
Vinicius after 2:3 with Shakhtar: real are already focused on winning the Clasico
Coman on the defeat of Atletico: Bayern want to keep winning. We played great
Filimonov about Safonov and Maksimenko in the national team: A question of time
Milner on 1-0 with Ajax: it was important for Liverpool to show a good game after a week of UPS and downs
Lukaku has 4+2 in the last 3 games in the Champions League. He participated in all 6 Inter goals
Miranchuk on the draw with Salzburg: Two goals on the road is a very good indicator
Source https://www.independent.co.uk/sport/football/premier-league/manchester-city-pep-guardiola-premier-league-preview-2020-21-transfers-b508003.html