FORMER Vice President Mike Pence took a bold swipe at his ex-boss by defending his decision to certify Joe Biden’s presidential electoral votes back on Jan. 6 while the nation’s capital was overrun by a siege of pro-Trump rioters.

“I will always be proud that we did our part on that tragic day to reconvene the Congress and fulfilled our duty under the Constitution and the laws of the United States,” Mr. Pence said during a speech delivered on Thursday at the Ronald Reagan Presidential Library in Simi Valley, California.

Pence saw his role as vice president as one that didn't have the constitutional authority to reject or return any of the electoral votes that were brought forward to Congress by the states.

“The truth is, there is almost no idea more un-American than the notion that any one person could choose the American president,” he said, according to the New York Times.

Since becoming a civilian, Pence recalled how tough it was to accept the election results.

“I understand the disappointment many feel about the last election.

“I can relate. I was on the ballot.

"But there’s more at stake than our party or our political fortunes in this moment. If we lose faith in the Constitution, we won’t just lose elections - we’ll lose our country.”

While he may have put his foot firmly down Jan. 6, Pence appeared to still deliver affection for Trump's accomplishments.

“He, too, disrupted the status quo,” Pence said of the 45th president.

“He challenged the establishment, invigorated our movement, and he set a bold new course for America in the 21st century. And now, as then, there is no going back.”

And as the speech was intended to paint a vision of the future of the GOP, Pence made his case for his party the country’s values and its founding principles won’t ever waiver.

“In the years ahead, the American people must know that our Republican Party will always keep our oath to the Constitution, even when it would be politically expedient to do otherwise,” he said.

After he spoke, the crowd assembled in the Air Force One Pavilion rose to give him a standing ovation.

Earlier this month, Trump’s former running mate slung similar sentiments when speaking before a New Hampshire crowd of Republicans, saying that he will likely never "see eye to eye" with Trump regarding the January 6 insurrection that forced him to flee to a secure location as the Capital building was overrun by an insurrection; with some were screaming “Hang Mike Pence.”

That same night he confirmed that he and Trump had “spoken many times since we left office.” 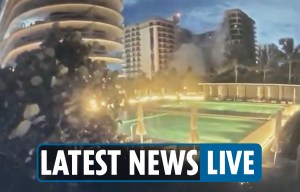 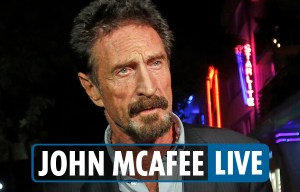 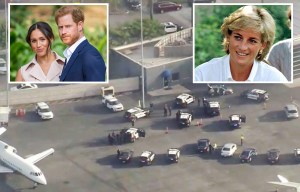 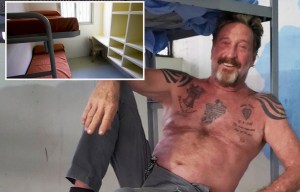 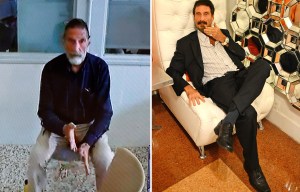 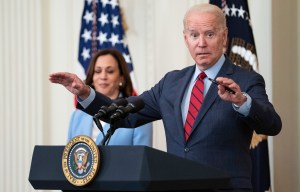 And similar to Thursday, he came back to showing his admiration for serving under Trump for the four years.

"But I will always be proud of what we accomplished for the American people over the last four years," he said.

Trump, who hasn’t declared yet if he will run for a second term in 2024, hasn't hid his disappointment with Pence since leaving office.

During a recent Republican National Committee mixer at Mar-a-Lago, Trump chose to chastise  Pence for executing his duty to certify the Electoral College in Biden’s favor, according to people who were privy to the evening’s comments, the Times reported.

What is a spider wrangler?

Son Heung-min has dispelled the myth of ‘the Harry Kane team’ but can he build further?

Three days of thunderstorm warnings ahead as Britain braces for deluge

Stacey Solomon is 'feeling agitated and snappy' during fourth pregnancy

Peter Kay 2021 tickets: How to get tickets for Peter Kay’s Manchester charity shows

What does Bachelor in Paradise’s Abigail Heringer do for a living?

School learning support worker 'moved his hand up pupil's back'

Horse racing offer: Get £40 in free bets when you bet £10 on the first race at Goodwood