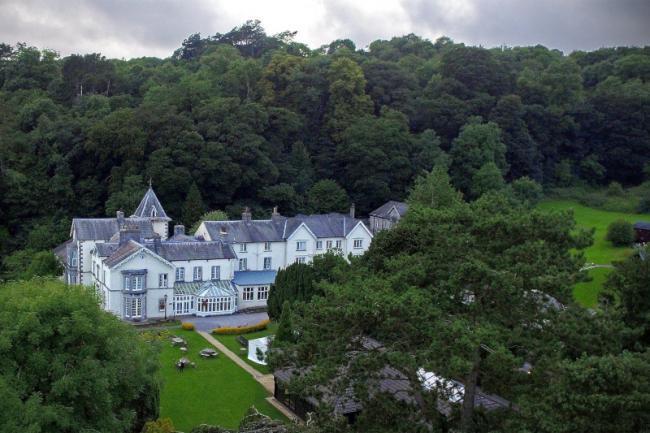 THE owner of a Lake District hotel has gone into administration.

Hampshire Property firm the Carlauren Group, which owns Lambert Manor in Grange-over-Sands, was founded in 2015.

It says on its website it is an innovative company specialising in long-term lifestyle accommodation.

Lambert Manor, was previously known as Abbot Hall and was built in 1840.

It is believed that the monks of Furness Abbey bought the land and built the first Abbot Hall in 1160.

Philip Duffy, of Duff and Phelps and Carl Jackson, of Quantuma, have been appointed joint administrators of Carlauren Group and Carlauren International Holdings Limited, with five group subsidiaries.

It is estimated that around 250 jobs could be at risk at its companies, which also owns a hotel in Morecambe.

Shoppers have been raiding foodbank donation trolleys by mistake in Hamilton

'Completely empty' Hull as you have never seen it before

How parents can keep kids safe when using Houseparty app

Bake Off calls paramedics in as two celebrities sustain injuries

Celebrity Bake off week four contestants and the winners so far

Doctor warns it may be possible to catch coronavirus twice

Pregnant inmates could be temporarily released from prison due to coronavirus

Hugs, holidays, date nights...here's what readers will do when this is over

Alex Jones in tears as Matt Baker leaves The One Show

Why Man United should be interested in Lille's Victor Osimhen

Boy, 13, ‘youngest person to die from coronavirus in UK’

Coronavirus youngest UK victim as schoolboy, 13, succumbs to the disease

Polly Hudson: These quarantine days are Zooming by

Child wakes to find knifeman with hands gripped around her throat

North West coronavirus map as over 2,100 cases confirmed across region

People used a stepladder to get into a locked up park

Why Emmerdale is not on ITV tonight

How long does coronavirus live on different surfaces?

When will coronavirus home antigen test kits be available to order in the UK?

Arshavin describes what playing against Ferdinand and Vidic was like

Mother of murdered boy, 5, was told she would never see her son just before ‘grandma killed him after months of abuse’

Coronavirus killing as man ‘stabs girlfriend and her daughter, 7, to death and buries them in garden during lockdown

Why is Matt Baker leaving The One Show?

The Queen’s favourite tea is Earl Grey or Assam – when does she put the milk in, before or after?

Glenn McCrory, the world boxing champions who just keeps on reinventing himself