OVIE Soko has hit back at claims he split with India Reynolds with a sweet picture of the couple.

The Love Island star who won legions of fans over the summer with his kind nature and handsome looks, was hit by false rumours he'd been spotted kissing Maya in a club in London, by fans on Twitter but he hit back with a loved up picture of him with India on Instagram.

It comes after insiders close to Ovie tell us that he's never even met Maya Jama - whoe announced her split from rapper Stormzy earlier this year.

It came after a Twitter account claimed Ovie was seen kissing Maya, and fans threw their weight behind the prospective relationship.

Last week, India was forced to deny cheating on him with football ace Kieran Gibbs.

Today fans took to social media to demand an Ovie and Maya hook up, with one writing: "Maya Jama & Ovie? She wanted bigger boots LOL."

A third added: "Maya and Ovie would make a lovely couple to be fair. I can see their personalities and temperaments working really well together."

While a fifth said: "Ovie and Maya? This world record signing needs to happen. The fans wanna see."

Meanwhile, last week, Ovie and glamour model India were hit by rumours she had done the dirty on him at Kieran's birthday party in Portugal.

India, 28, categorically denied the claims, yet it was later exclusively reported by The Sun Online how India had been banned from Ovie's clothing launch.

Fans feared India's no-show meant the two stars had secretly split, but pals told The Sun Online she was stopped from going because she has signed a deal with fashion brand boohoo.com - one of ASOS' main competitors.

The conflicting contracts prevented India from attending the event, with the friend explaining: "They're very much in love and haven't split up, like people think. 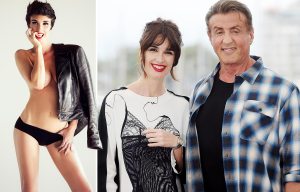 APPLE OF MY SLY 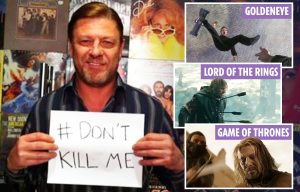 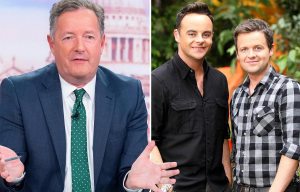 "The truth is, India wasn't allowed to go to Ovie's launch because she is with a rival fashion brand."

They continued: "Just like David Beckham, who is signed to Adidas, couldn't go to wife Victoria's Nike launch."

The insider went on to insist: "There's no drama - they're totally inseparable and very loved-up!"

India took to her Instagram Story earlier in the day to proudly heap praise on her beau, sharing a picture from the campaign alongside the caption: "Congrats @OvieSoko on your @Asos launch" alongside a red love heart emoji.

The Sun Online has contacted Ovie's reps for comment.

President of Las Palmas: Our stadium will be the only one in the top Championships with fans in the stands from June 13
Vitinho, Gabigol and other Flamengo players spoke out about the death of George Floyd: black Lives matter
PSG were in contact with desta's entourage. The Ajax defender is Interested in Barcelona and Bayern
The Werner scored his 25th goal in the Bundesliga. Only Lewandowski and Immobile have scored more in the top 5 European leagues
The goalkeeper of Leipzig Gulacsi made an assist in the match against Cologne
I didn't have many friends because of my hair. Inspiring stories of Shelvey, Collina and other athletes who lost their hair due to illness
Chelsea on the death of George Floyd: Join all those who call for justice and equality
Source https://www.thesun.co.uk/tvandshowbiz/love-island/9958014/ovie-soko-hits-back-at-claims-hes-split-from-india-reynolds-by-posting-loved-up-snap-together/

Lakes named as one of top places to move to