Police Scotland made several arrests after "racist and sectarian singing" took place during Orange walks which shut streets across Glasgow and led to condemnation of anti-Catholic bigotry. One group of five young men were also captured by stunned locals setting off pyros and fireworks as they stomped on the roof of a Glasgow venue.

Thousands of people took part in processions which shut down city centre roads and prompted counter-protests.

Up to 800 police officers were deployed to manage the event, which saw marches proceed through the city centre and past Catholic churches.

Members of Call It Out, a campaign group that opposes anti-Irish and anti-Catholic bigotry, held vigils outside churches on the routes. 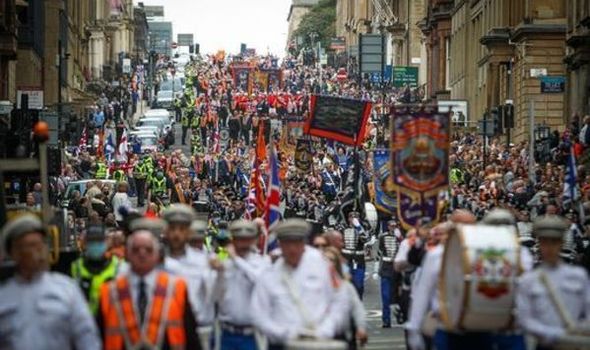 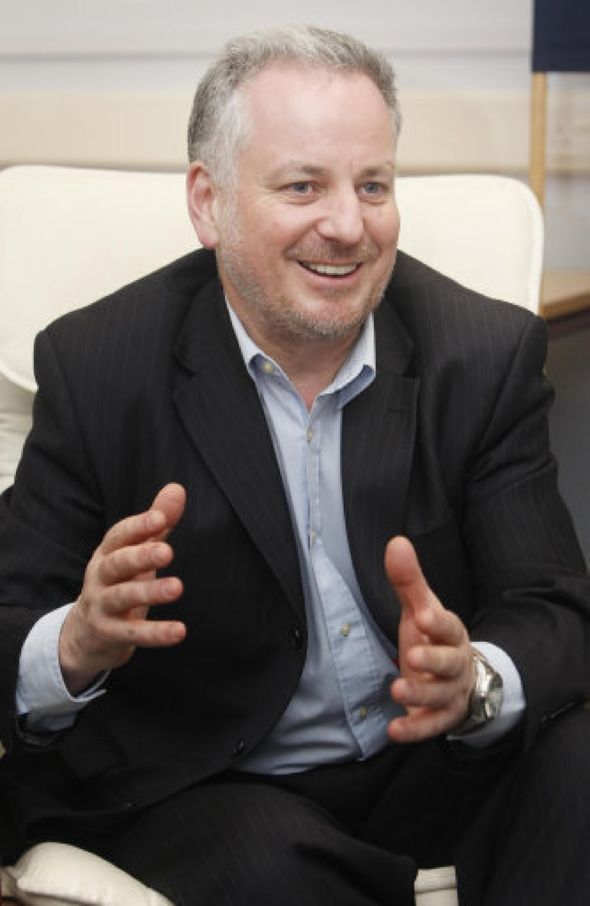 Lord McConnell during his time in office between 2001 and 2007 led a crackdown on sectarianism.

The Labour peer brought together churches, police and football clubs at summits to try to deliver change and led a national campaign against religious hatred.

But since the SNP came to power in 2007, Lord McConnell said: “I am really disappointed that the progress we were making between 2002 and 2007 was reversed by my successors.

READ MORE: Michael Gove is Secretary of State for Levelling Up - meaning? 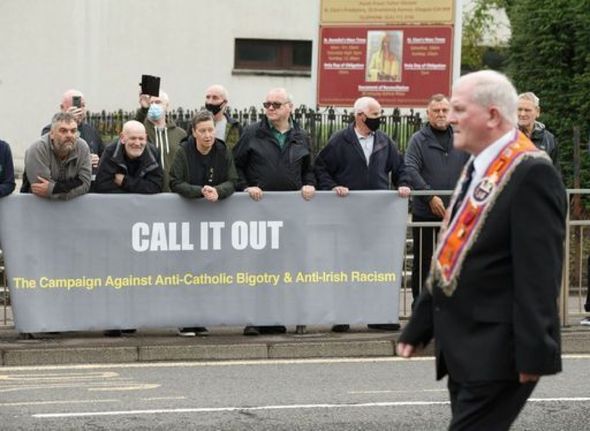 Call It Out, a campaign group that opposes anti-Irish and anti-Catholic bigotry held vigils (Image: PA)

“We had the churches, schools, employers, police and football clubs all working together.

"I tried to respect everyone involved but engage them in change.

“From joint-campus schools to agreements on marches and parades, common sense and decency was winning.

“But 14 years of occasional outrage followed by no action have allowed this cancer to grow again." 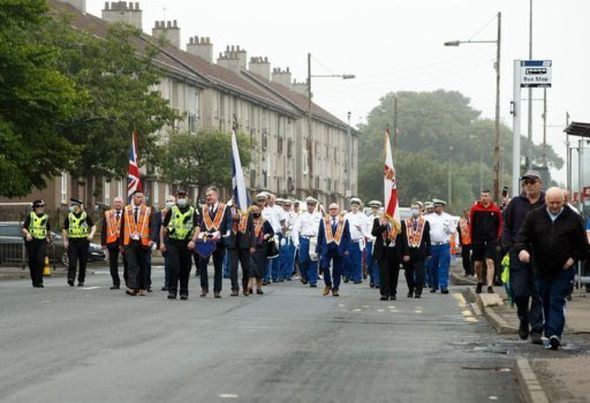 In a direct appeal to First Minister Nicola Sturgeon, he added: “Those who have power, at all levels, must use their power to attack the culture of fear and hatred.

“The first minister must reconvene the summits, demand action in football, parades and other areas that divide us, and unite Scotland to say "no more" together.

"To achieve that, leaders must engage with all sides and be prepared to stay engaged over the long term to root it out properly."

Jim McHarg, grand master of the Grand Orange Lodge of Scotland, said he did not see sectarianism in this country and that the organisation was not anti-Catholic.

In response, the Scottish Government said it would do everything possible to tackle prejudice and that it would work to develop a new hate crime strategy to be published next year.

In 2018, a Catholic priest was attacked outside St Alphonsus' Church in the city as an Orange walk marched past.