A WHITE supremacist who murdered an 8-year-old girl and her family is set to be executed today in the first US federal execution for more than 17 years.

Daniel Lewis Lee is scheduled to die by lethal injection at 4pm at an Indiana prison, despite objections from the victim's families.

A court heard how after robbing and shooting the victims in their Arkansas home, Lee covered their heads with plastic bags, sealed the bags with duct tape and weighed down each victim with rocks.

He then threw the bodies of the family of three into the Illinois bayou.

Their bodies were discovered five months after they went missing.

His accomplice, Chevie Kehoe, had previously burgled the family home in 1995 in order to steal a large collection of guns, ammunition and money.

The controversial execution is set to go ahead despite objection of the family of the victims and a volley of legal proceedings over the coronavirus pandemic.

Some of the victims' relatives opposed his execution and sought to have it delayed, saying attending it could expose them to coronavirus.

The relatives would be traveling thousands of miles and witnessing the execution in a small room where the social distancing recommended to prevent the virus spread is virtually impossible.

Chief Judge Jane Magnus-Stinson, of the Southern District of Indiana, halted the execution on Friday but this has been overturned despite a correctional officer at USP Terre Haute, Indiana, testing positive for Covid-19 on Sunday.

She had previously urged President Donald Trump to give Lee clemency and have his sentence reduced to life in prison, arguing that executing Lee does not honour her daughter, instead it "dirties her name".

Ms Peterson said her daughter, 28, was due at a gun show in Oklahoma with her husband, Bill, 56, a gun dealer, on the day they were murdered.

"It was like they just vanished, just disappeared. We started searching for them, it was pretty horrible," she said.

Ms Peterson's attorney Baker Kurrus said the family have been put in an "untenable position".

"Eighty-one year old Earlene Branch Peterson, the mother and grandmother of the victims, along with Ms Peterson’s surviving daughter and granddaughter, wanted to attend the execution and had planned to be there when it was scheduled for December 2019," she said.

"Because the Government has scheduled the execution in the midst of a raging pandemic, these three women would have to put their lives at risk to travel cross-country at this time.

"They will now appeal the Seventh Circuit Court of Appeals’ decision to the US Supreme Court in an effort to seek reversal.

"My clients hope the Supreme Court and the federal government will respect their right to be present at the execution and delay it until travel is safe enough to make that possible."

The relatives are going to appeal to the Supreme Court and will need to act before 4pm to stop the execution, the New York Times reports.

Lee's attorney Ruth Friedman last month said her client was convicted using "junk science and false evidence" and refuted claims from the US Department of Justice that he is a white supremacist.

"The government has portrayed Mr Lee as a white supremacist and a child-killer. Neither is true," she contended.

"He has long since renounced the skinhead groups he joined as a youth, and the government has now dramatically re-characterised its case against Mr Lee."

According to Ms Peterson, it was argued in court by Lee's attorneys that Kehoe told Lee to kill eight-year-old Sarah but he refused, telling him "I don't kill children", to which Kehoe had allegedly said "I do" before killing the little girl.

The Trump administration said it would resume federal executions for death row inmates for the first time in nearly two decades.

Several US States have continued executing prisoners at the state level but the federal government has refrained from doing so since 2003.

In a statement at the time, Attorney General William Barr said: "Under administrations of both parties, the Department of Justice has sought the death penalty against the worst criminals.

"The Justice Department upholds the rule of law - and we owe it to the victims and their families to carry forward the sentence imposed by our justice system." 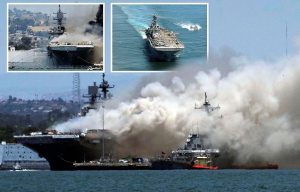 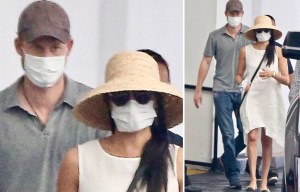 The move has since been heavily criticised.

Ruth Friedman, Lee's attorney and the director of the Federal Capital Habeas Project, said it was a “pervasive myth” that the federal death penalty was applied to only the worst offenders who committed a narrow class of crimes.

“In fact, the federal death penalty is arbitrary, racially-biased, and rife with poor lawyering and junk science.”

In 2008, an Asian Leopard was built in Uzbekistan. Even Rivaldo came and paid the team out of his own pocket a year later
Borussia Dortmund can rent Reinier from Real Madrid
Loko fans about support at matches: we Consider it a mistake to remain silent about disagreeing with the management's policy
Ex-Sunderland midfielder Cattermole has finished his career. He did not leave the club even after relegation to the 3rd division
Xavi: Racism, sexism and other forms of discrimination must be eradicated by stopping games
Javier Mascherano: Messi is the main reason why Barcelona can beat any team
Barcelona is looking for a new coach. Pochettino, Koeman, Xavi are among the candidates (ESPN)
Source https://www.thesun.co.uk/uncategorized/12107347/death-row-inmate-daniel-lewis-lee-executed-for-murder-girl-8-mom/