There are more than 22,000 centenarians in the UK, and on 23 April there will be a sprightly addition to their number: Derek Granger, a former Granada TV producer whose credits include Brideshead Revisited and Coronation Street. Talking to Granger in his Thames-side flat, I don’t get the sense of a man who lives in the past: the latest books are on his desk alongside current copies of the New Yorker and the Times Literary Supplement, and he talks enthusiastically of pre-lockdown theatre visits to see Andrew Scott in Present Laughter and Ian McKellen in King Lear.

One figure who threads his way through Granger’s extraordinary life – and about whom he talks with caustic candour – is Laurence Olivier. It was through Olivier’s intervention that Granger, then a drama critic at the Brighton Evening Argus, was recommended in the mid-50s to the managing editor of the Financial Times, Garrett Moore, who later became Lord Drogheda.

“Drogheda,” says Granger, “was a wonderfully civilised, darkly handsome man – a sort of Jane Austen Darcy figure. It was his idea to introduce the arts into the financial pages, although the editor, Gordon Newton, thought he was crazy. But it started with my doing theatre reviews and then I hired my old friend, Andrew Porter, as music critic. That created a good deal of mischief, because Andrew was always very truthful, and Drogheda, who was chairman of the Royal Opera House, was often furious. ‘Do you know what that little bitch you introduced to us has done today?’ he’d shout. But he stuck with him.” 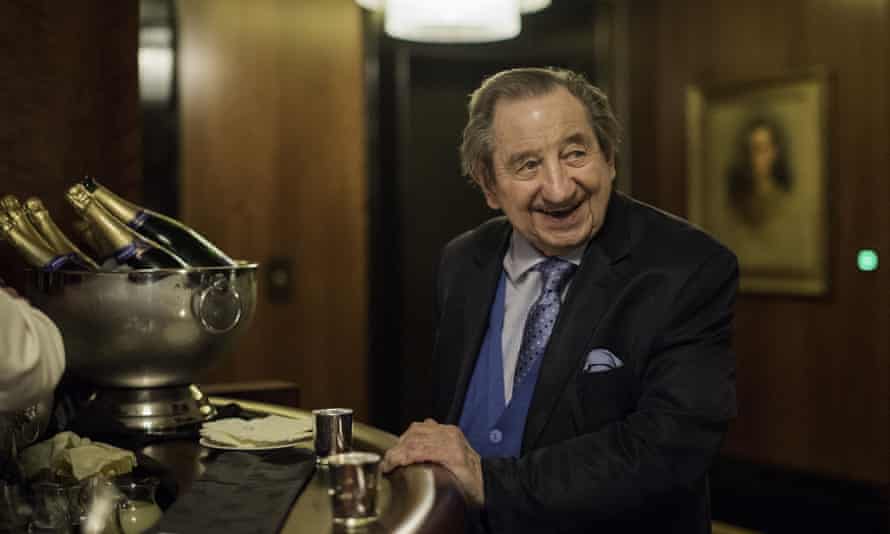 ‘I had my own ideas’ … a night on the town, at 94. Photograph: Joanne Davidson/Rex/Shutterstock

Granger was lucky in that his spell as an FT critic coincided with a postwar resurgence in British theatre. In 1956, he grasped the importance of John Osborne’s Look Back in Anger, praising it for its prickly honesty and “raspberry-blowing belligerence”. He was less perceptive, however, about The Birthday Party in 1958, of which he wrote: “Harold Pinter’s first play comes in the school of random dottiness deriving from Beckett and Ionesco and before the flourishing continuance of which one quails in slack-jawed dismay.” Granger, later to work with Pinter in TV, says: “I apologised to Harold and he was very forgiving.”

But what prompted Granger to move from the sedate, salmon-pink pages of the FT to the hurly-burly of TV? “I was bored stiff with reviewing,” he says, “and was aching to go into television. At just that moment, I got a phone call from Sidney Bernstein, the founder of Granada TV, asking me if I’d like to join the company. My first job was to run the drama department alongside Sidney, who was very hands-on.” Jeremy Isaacs, the TV executive and opera manager, later dubbed Bernstein “a genial tyrant”.

“We argued a lot,” says Granger of his relationship with Bernstein. “He loved the realistic drama of Arthur Miller, whereas I was a Tennessee Williams man. But we did an extraordinary variety of work: adaptations of classic writers from Maupassant to HG Wells, new plays by the likes of Jack Rosenthal and versions of stage plays. I was particularly pleased to do a season of the Manchester school of playwrights which included Hobson’s Choice, Hindle Wakes and Mary Broome.” 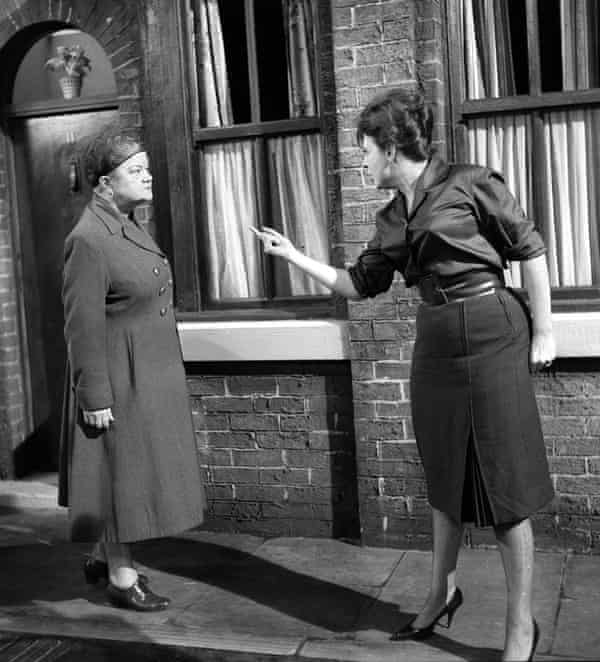 Compared to today’s monotonous, if dazzlingly executed, diet of cop shows and medical sagas, it seems like a golden age. Granger agrees yet points out there were inevitable problems. “Most drama was done live, and on one occasion the costume designer was caught on set and seen by viewers running round the studio like a frightened rabbit.”

They were heady days. One of the happiest times of Granger’s life was working as producer on Coronation Street for 10 months at the start of the 60s. The series, which had started only six months before, was created by Tony Warren, of whom Granger has fond memories. “He was a little tearaway – very funny, charming and enormously camp. He’d take me to the most extraordinary places in Manchester, saying, ‘I’ll make your eyes pop out tonight.’ But Tony had a middle-class father who married a working-class girl and many of the Corrie characters were closely based on his relations. Elsie Tanner, for instance, was one of Tony’s aunts on his mother’s side.

I was told Olivier couldn’t bear playing second fiddle, and he was jealous of me. But there was no denying his greatness

“When I joined, Corrie was already a big ratings success, but I had my own ideas. One was to introduce long-running themes that could survive up to eight episodes. Another was to make the storylines stronger: I wanted to get away from whether Elsie has lost her purse in the mission house and have some titanic clashes. One episode is based on High Noon, with Elsie and Ena Sharples meeting in the street for a blazing row and advancing on each other like Gary Cooper and the bad guys in the movie. In fact, we borrowed storylines from everyone from Dickens to Dostoevsky.”

Post-Corrie, Granger did a variety of jobs at Granada. including making groundbreaking documentaries such as one on homosexuality and the law. But by the late 60s, he was back in the theatre working as a literary consultant at the National Theatre (a post he shared with another former critic, Kenneth Tynan). More significantly, he was answerable to Olivier, and their working partnership was renewed when in the mid-70s he was invited to produce, with Olivier, a six-play season for Granada. This memorably included Pinter’s The Collection, with Helen Mirren and Alan Bates, and Cat on a Hot Tin Roof, with Natalie Wood. Since Olivier starred in five of the plays and directed the sixth, a lot of the day-to-day producing fell to Granger.

How would he describe Olivier? “The best word is turbulent. He was an incomparably great actor but we had quite a tricky time together. I remember going to David Plowright, Granada’s managing director and Olivier’s brother-in-law, during that season and saying, ‘I can’t go on with this old fucker any longer.’ David asked me to calm down. He said Olivier couldn’t bear playing second fiddle and was jealous of the fact that, for practical reasons, I had to take responsibility for the productions in the studio. But there is no denying his greatness. I loved the fact that, although he was resolutely heterosexual, there was a campy streak to him that was a filigree addition to his personality.” 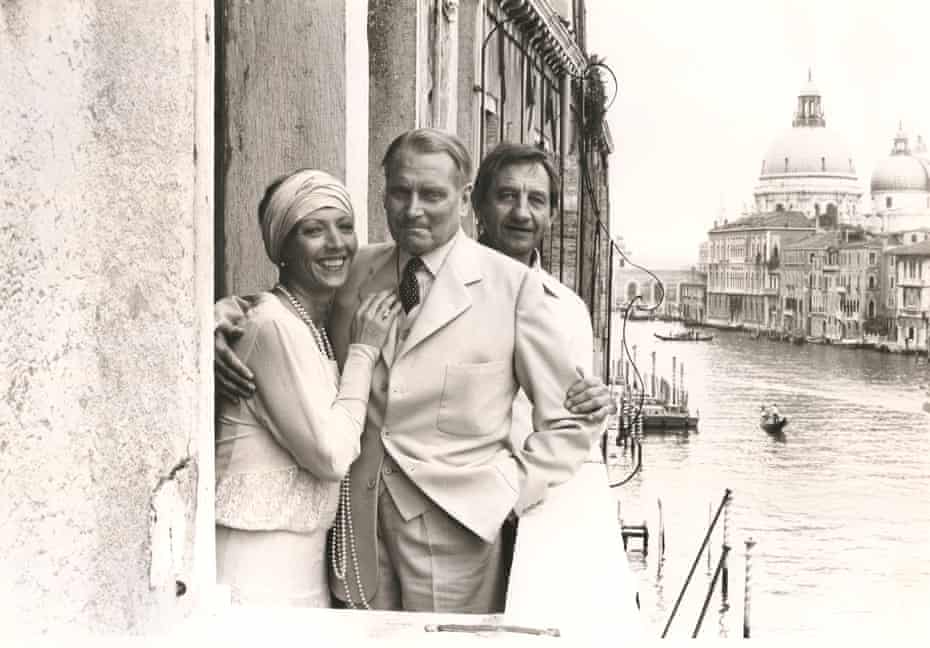 Olivier and Granger worked together more harmoniously on the famous 1981 Granada production of Brideshead Revisited. As Granger recalls the series, you realise how radically television has changed in an age when accountancy rules. “When I proposed it,” he says, “it was for six episodes, but in the writing and shooting it expanded to 11. I once asked David how he let me get away with it and he said, ‘We rather liked what you were doing, so we thought we’d let you get on with it.’

“But we were lucky in that our main director, along with Michael Lindsay-Hogg, was Charles Sturridge, an upper-class Catholic boy who had gone to Stonyhurst [boarding school] and understood Waugh’s world. Our main problem was the scripts by John Mortimer – which were OK but a bit ordinary. I remember a German co-producer saying, ‘Where are the Proustian nuances you promised us?’ And I told him, ‘Don’t worry, they’ll be there.’ So a young writer from the BBC, Martin Thompson, and I rewrote the scripts entirely, though John’s name is still on the credits.” 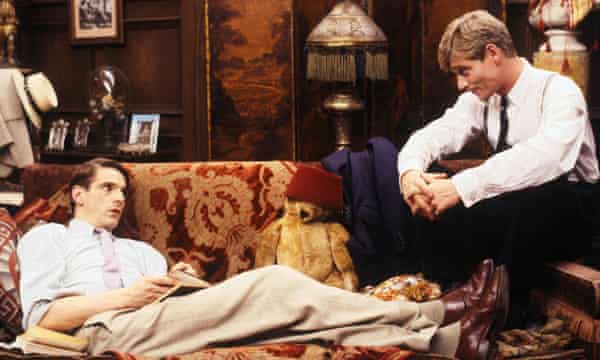 Granger went on to do a host of other things, including working as producer on the Sturridge-directed films Where Angels Fear to Tread, starring Helen Mirren and Helena Bonham Carter, and A Handful of Dust, which earned Judi Dench a Bafta. Today, he lives a comfortable life in a flat that he once shared with his late partner, Kenneth Partridge.

Granger never made any secret of being gay, and I wondered if he had encountered any prejudice in his working life. “In the world I worked in,” he says, “there was never any problem. I’m sure if I’d been a baker in Solihull, I might have had difficulties. But the great change in my lifetime is that my generation could never come out to their parents; it was an unspoken subject. But now parents support their gay children, which is infinitely healthier.”

My generation could never come out to their parents. It was an unspoken subject

Granger has led a rich life but does not dwell much on the past, despite my promptings. He reads voraciously, tests his mental alertness by doing the Guardian’s quick crossword every day and is a discriminating watcher of television. He concedes that he was lucky to work in a golden age of TV drama but is as excited by Russell T Davies’s It’s a Sin as by any of his own achievements. That ability to live in the moment is, I suspect, the secret of being a contented centenarian.