A STATUE of Oliver Cromwell has been daubed with graffiti for a second time.

The monument to the English Civil War figure had “racist” written on it in red paint and was covered with a plastic sheet.

Police were called after reports of three people climbing on the statue.

Insp Ian Thomson said: “Repairing this damage will cost thousands of pounds. This behaviour is not acceptable.”

It comes three months after the bronze in Wythenshawe Park, Gtr Manchester, was spray-painted with the words “Cromwell is a cockroach” and “f*** racist”.

Police are yet to make any arrests in connection with the latest graffiti incident but are appealing for information.

Councillors promised to review every statue in the city after a figure of slaver Edward Colston was thrown into a river during a Black Lives Matter demo in Bristol. 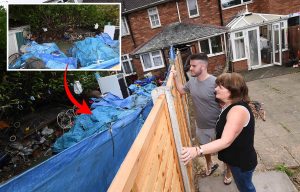 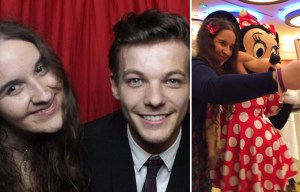 The Grade II listed bronze statue of Cromwell, which is mounted on a granite plinth and pedestal, is dated 1875.

Cromwell was an English general and statesman who led the Parliament of England's armies against King Charles I during the English Civil War in the 17th Century.

Thousands of people were massacred during Cromwell’s 17th century conquest of Ireland.

Trevor McDonald and Howard Sounes​ visit Cromwell Street​ to get an insight into the mind of Fred &amp; Rose West

Juventus and Barcelona won their first group matches. Who will win in Turin?
Andrea Pirlo: we need to wait for the Ronaldo test. I think we will find out today if he will play
Danilo about the match with Barcelona: Juventus on the right track
Ozil provided 1,400 school children with free Lunches by supporting Rashford
Dmitry Sennikov: Lokomotiv will have opportunities to score against Bayern. Its defense is not perfect
De Bruyne and Villas-Boas have known each other for 10 years: they barely missed each other at Chelsea, Andre's assistant asked Kevin for a t-shirt
Andrea Pirlo: Messi is still on top. With such players, we must hope that they do not have the best day
Source https://www.thesun.co.uk/news/12714945/oliver-cromwell-statue-defaced-for-second-time-by-protestors/