Experts are analysing samples taken from the scenes of four recent attacks on livestock in northern Catalonia to determine whether they herald the return of a brown bear called Goiat who has become notorious for his depredations.

Goiat, who was brought to the region from his native Slovenia in June 2016 as part of an EU project to consolidate the bear population in the Pyrenees, is loathed by many farmers in and around the Val d’Aran because of his taste for sheep, goats and horses.

Three years ago, a local farming union called for the animal – whose name means “lad” in the local dialect – to be removed from the area “once and for all”.

Although Goiat lost his GPS collar last October, making him impossible to track, suspicions are growing that he may have returned to Spain after a stint over the border in France. Four recent attacks have resulted in the death of a ram, four goats and a sheep – and the Val d’Aran regional government believes there are “several indications” that Goiat could be the culprit.

“This rise in attacks coincides with a decrease in attacks in the part of France where Goiat was thought to be,” said Francés Bruna, the councillor for land, countryside and environmental management.

“We can’t rule out Goiat being behind these attacks and that’s why we’ve collected samples that will be analysed by the Autonomous University of Barcelona so they can confirm whether he’s present in our territory.”

Should Goiat turn out to be responsible for the attacks, said Bruna, a team will be dispatched to find him and fit him with a new GPS collar. 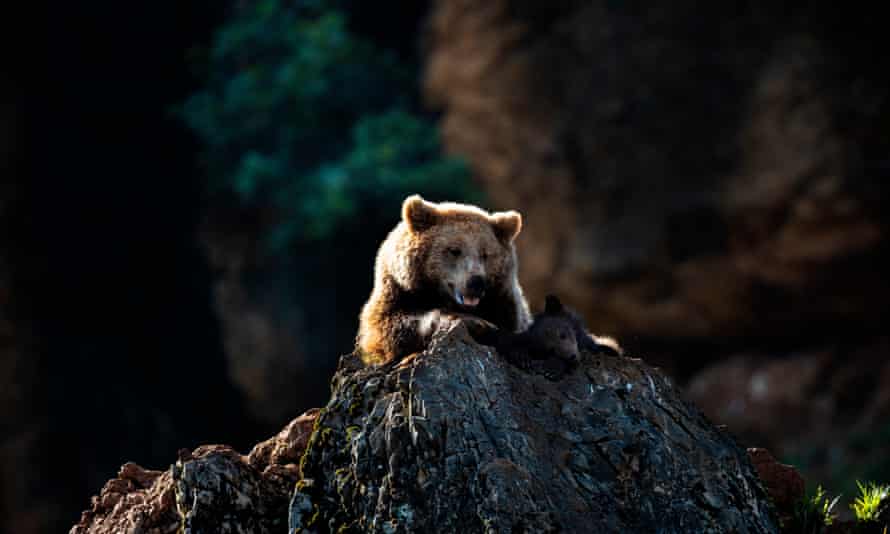 A brown bear, the same species as Goiat, at a wildlife park in Santander. Photograph: Soccrates Images/Getty Images

The Catalan farming union Unió de Pagesos noted that the attacks coincided with the end of the hibernation season and the attendant reappearance of hungry bears.

The union pointed out there were more than 60 bears in the Pyrenees – up from three in 1996 – and called on the Catalan regional government to act in the interests of farmers.

“The debate on the co-existence of these animals with livestock needs to extend beyond their presence and we urge the government to set out a management programme that takes into account the maximum number of bears that can live alongside other species in the Pyrenees given the consequences that may arise from this co-existence,” Unió de Pagesos said in a statement.

In July 2018, after Goiat apparently killed six mares, four colts, four sheep and a goat, and demolished two beehives, the Catalan government said it was looking into the possibility of having him removed from the region.

“He’s a bear that does things rather differently,” said Ferran Miralles, the director general of environmental policy at the Catalan regional government.

“If he turns out to be a problem bear then we’d have to look into the possibility of removing him and activating an extraction protocol.”

But Miralles added that while he was sympathetic to farmers’ concerns, the actions of a single individual animal should not overturn years of conservation work.

“One bear has given rise to tensions over a pretty successful 20-year project and some people are saying that bears are dangerous and need to be eradicated,” he said.

Chic scored from the center of the field! As a child, he got stronger after the fak to his father (before he sobbed right on the field), and now he works with a mental coach
Arsenal want to extend Nketiah's contract. Forward of Interest to Bayer Leverkusen and West Ham
Roberto Donadoni: Ronaldo scores a lot, but Messi is more important. In terms of technique, he is on a different level
Joel Glazer: Debt has never stopped Manchester United from signing players. Planning transfers
Lev before the game with France: I am calm, because Germany did what they wanted in the last 14 days
Skrinjar-player of the match Poland - Slovakia. Inter defender scored the winning goal
Czech Republic coach Shilgava: The main thing is that we survived the starting pressure of Scotland. Then we went into the game