A FORMER girlfriend of sex cult leader Keith Raniere has described him as "a wolf in sheep's clothing" and says that she'll "carry (her) scars" forever.

Raniere, 60, was sentenced to 120 years in prison on Tuesday after being convicted of sex trafficking, racketeering conspiracy, and possession of child pornography - following extensive testimony from former NXIVM cult members.

He was also fined $1.75 million, the maximum allowed by the law.

Prosecutors said Raniere created a secret sorority within NXIVM called DOS, where female “slaves” turned over nude photos and other compromising materials that could be used for blackmail if they tried to leave.

The disgraced self-help guru starved and branded some of his victims "like cattle" with his initials.

In handing down the sentence, Judge Nicholas Garaufis said “no words can adequately express the lasting pain” Raniere caused his victims after 15 of them provided impact statements to the court.

Whistleblower Barbara Bouchey, who dated Raniere for nine years until fleeing the cult in 2009, said she was satisfied with the outcome but would "carry (my) scars and wounds for the rest of my life".

"Keith caused a lot of pain," she told The Sun.

"He was the wolf in sheep's clothing. It was subtle... When (we) started to see it (we) thought we were the one(s) who were crazy. It warped (our) heads.

"I loved Keith for many years. I really thought he was my soul mate."

But according to Bouchey, Raniere "stalked and hunted and terrorized" her for a decade when she left the "self-help" group after realizing it was a toxic cult.

"Betrayal is the deepest wound, especially when you give up your heart, your mind, body, soul, effort, and your resources - as many of us did because we thought we were humanitarians and we were trying to make a difference," she said.

"We thought we were upholding this very noble concept of helping people how to live better lives and we find out there's this dark underbelly."

Moments before his sentence was handed down, Raniere called his victims "liars" in federal court on Tuesday.

“I do believe strongly that I’m innocent of these crimes,” Raniere said. He said some of the victims’ statements were false, but that he was “truly sorry” - including to "those who are lying" - for causing them pain.

The cult leader stared directly at his accusers as they sat in the gallery and sickeningly praised them for speaking in court despite him branding them as liars moments before.

“It’s still painful to get up there and speak and it takes courage,” he told the victims.

While looking at the judge, Raniere added: “The hurt is true. The anger is true.”

Outside court following Raniere's sentencing, victim Susan Dones told The Sun she expected Raniere to "defend himself" by throwing her and others under the bus by accusing them of lying.

"After what happened in court today, he's just adding insult to injury ... I don't believe when he said he was sorry for us...our pain," she said.

"It just breaks open the wounds for everybody.

On Wednesday, Natalie shared in a statement to Fox News how she feels about his lengthy sentence.

"To all the brave victims that stood up, and spoke out, we did it," Natalie said.

Earlier, India Oxenberg, the 29-year-old daughter of TV actress Catherine Oxenberg, described her experience on the stand of "waiting naked like a piece of meat, a branded, brainwashed sex slave" for Raniere.

Oxenberg wept as she recalled the abuse she suffered during her seven years with NXIVM, which cost her $100,000 on its personal development “curriculum."

“I may have to live the rest of my life with Keith Raniere’s initials,’’ she told the judge, before addressing the cult leader directly.

“You tried to destroy my family by turning me against my own mother, telling me she was a psychopath."

Princess Elizabeth of Yugoslavia's granddaughter told Raniere he "raped" her and described herself as his “human science experiment" because he starved Oxenberg to look younger and deprived her of sleep.

She recalled having “dozens of sexual encounters with a man I wasn’t attracted to’’ because Raniere blackmailed her. 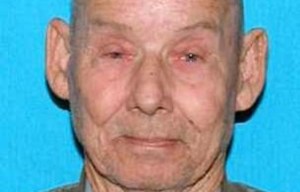 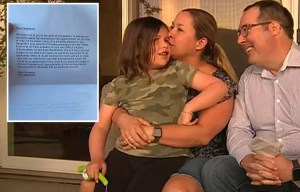 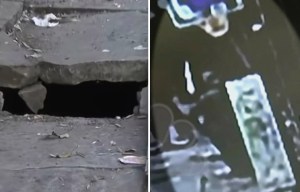 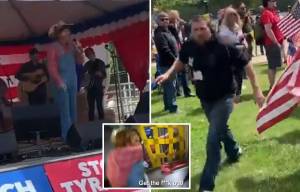 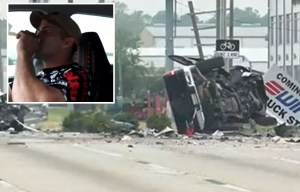 Man drinks at wheel moments before killing 3 in horror crash

Several other people affiliated with NXIVM have pleaded guilty to criminal charges.

Bronfman was accused of helping bankroll NXIVM, and was sentenced last month to more than six years in prison.

Did you see the shape you wanted to draw? Victory twice tried to support Dzyuba with graphics in the sky, the first attempt was forbidden by the dispatcher
Aspilicueta on the match against Tottenham: Chelsea always want to be the no 1 club in London
Tebas on Messi: I Want to see Leo in La Liga as well as Mourinho, Pep, Klopp, Ronaldo
Farewell to Maradona in Argentina: there were only relatives, buried next to their parents
Maradona was buried near Buenos Aires next to his parents
Mourinho on Maradona: We can find his football on Google, but we won't find Diego there. I miss him
Fabio Capello: against such a mediocre Real Madrid, Inter could have played better
Source https://www.thesun.co.uk/news/13050085/nxivm-keith-raniere-victim-barbara-bouchey-scar/