NTAs 2020 RECAP: Who won and what happened at last night’s awards?

WELL it was a jam-packed night tonight, wasn't it?

The crowd at London's O2 Arena jeered when the comic quipped about Flack being the Masked Singer's anonymous Hedgehog.

The Britain's Got Talent star, 48, was hosting the awards for the first time after taking over from Dermot O'Leary.

The Masked Singer's host Joel Dommett and the show's anonymous Hedgehog character joined Walliams on stage to present the best serial drama prize to Emmerdale, which won the gong for a fourth year.

When Walliams returned to the stage, he quipped: “Thank you – and so nice to see Caroline Flack back on TV as well.”

Flack, who stepped down from the ITV2 dating show following an assault charge, did not attend the event but wished the cast and crew of Love Island luck ahead of the night.

The show also saw Walliams secure the prize for best TV judge, Ant and Dec win the award for best television presenter for a 19th time, and This Morning earn the live magazine show gong.

Earlier in the night, Walliams accepted the best TV judge award in his underwear as a nod to Judy Finnigan's infamous dress malfunction two decades ago.

Finnigan was on hand with husband Richard Madeley to give the live magazine show award to This Morning, with Finnigan also referencing the wardrobe malfunction: “It is nice to be back with all my clothes on this time.”

Ruth Jones accepted the award for special impact in character as Nessa from Gavin And Stacey for the show's Christmas special.

She flirted with Sir Tom Jones, who was presenting the prize with Olly Murs though I don't think he knew what was happening.

Little Mix star Jesy Nelson was also a winner on the night and got so emotional she forgot to mention her Little Mix bandmates.

And in other awkward moments Phillip Schofield put his arm around Ruth Langsford – after their well publicised feud – and well, if looks could kill… 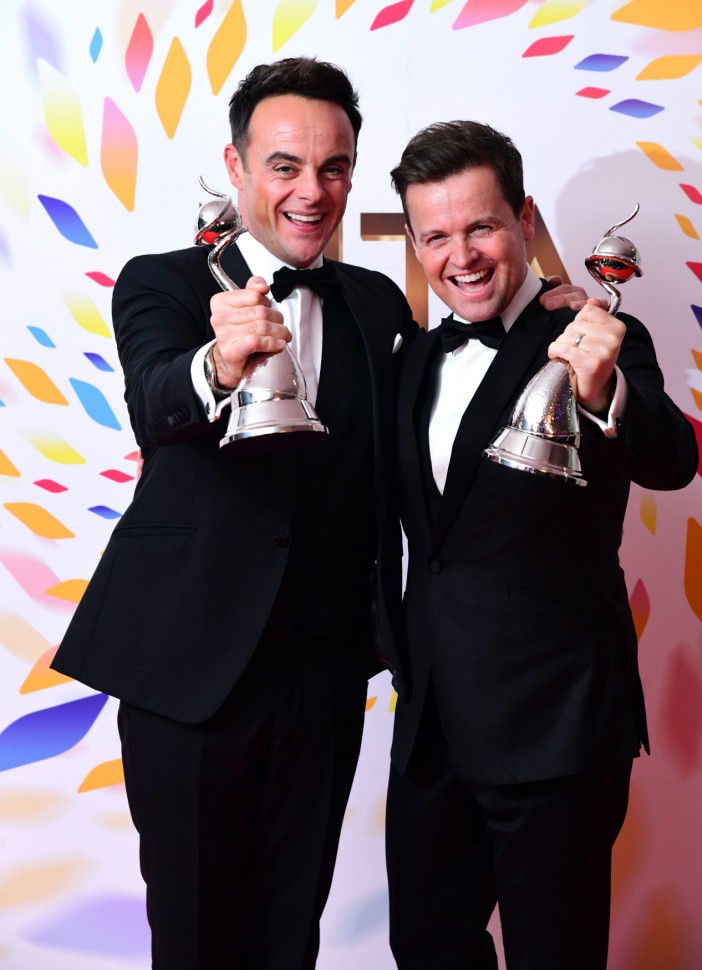