THE NRA has responded to a lawsuit from New York's attorney general that aims to shut down the organization with a suit of their own.

President Trump also weighed in on the new suit against the NRA, calling it a "terrible thing" and suggesting the association should "move to Texas."

Trump's comments come after Attorney General Letitia James announced Thursday that her office was suing the NRA on allegations that its leaders mismanaged the nonprofit's funds, resulting in $64million in losses in just three years.

The AG's office claims that the group has been embroiled in "years of misconduct" and they are "seeking an order to dissolve the NRA in its entirety."

"That's a very terrible thing," Trump told MSNBC of the suit. "I think the NRA should move to Texas and lead a very good and beautiful life."

"I've told them that for a long time," he added. "I think they should move to Texas. Texas would be a great place ... or to another state of their choosing."

The NRA is subject to New York law because it is registered as a non-profit in the state, according to Reuters.

The suit, which was filed in Manhattan after an 18-month investigation, alleges that figures near the top at the NRA violated nonprofit rules as well as state and federal laws.

Leadership is being accused of diverting millions of dollars from the nonprofit for personal use including trips, private jets and expensive meals.

The four men "failed to fulfill their fiduciary duty to the NRA and used millions upon millions from NRA reserves for personal use, including: trips for them and their families to the Bahamas & safaris in Africa, private jets, expensive meals, and other private travel," James wrote on Twitter.

The NRA's response was to counter-sue James in federal court, saying she violated the group's right to free speech and seeking to block her investigation, according to Reuters. 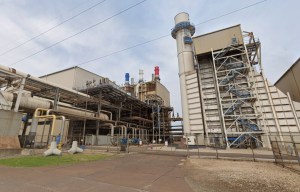 Ford buildings on lockdown as cops 'hunt for robbery suspect'

"This was a baseless, premeditated attack on our organization and the Second Amendment freedoms it fights to defend," the statement says.

"You could have set your watch by it: the investigation was going to reach its crescendo as we move into the 2020 election cycle. It's a transparent attempt to score political points and attack the leading voice in opposition to the leftist agenda."

The statement concludes that the NRA's members will not "be intimidated or bullied."

Arsenal are Interested in Jorginho
PSG refuse to rent Allie because of the excessive demands of Tottenham
Lopetegui about Bavaria: Such a team has not been in Europe for many years
Angel Di Maria: Ronaldo is a beast. It is incredible that he is fighting with Messi, being less gifted by nature
Gotze on the wrong decision to return to Borussia: Things didn't go as I expected
Fans thought it was absolutely sensational that a football player could get on a train. And partly because he could read. Norwegian from the Premier League destroys myths
Paolo Maldini: Zlatan is an ageless all - rounder who always decides the outcome of the match
Source https://www.thesun.co.uk/news/12334749/nra-countersuit-ny-attorney-general-trump/