The overwhelming majority of voters, 94 percent (10,406), said it is unreasonable for the bloc to demand that EU flags decorate UK towns and cities in return for £56million financial aid, in a poll of 11,028 people held between 11am July 29 and 4pm August 2.

Another, Joe Kidd, added: “We should never fly that flag again!

“If we've got money to squander on HS2, a Royal Yacht and French Police overtime, we're not hard up for £56m.” 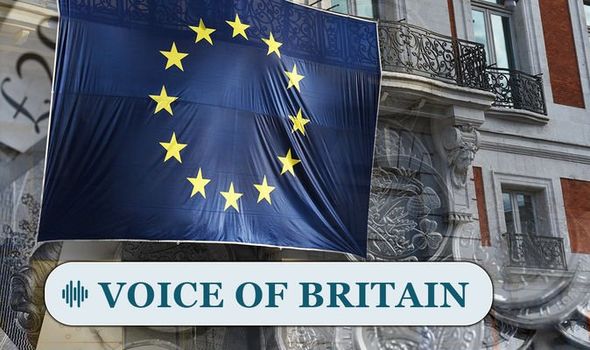 Only a small 5 percent (518) of voters said it was a reasonable clause in the contract, and one percent (104) were not sure how they felt about the EU bunting laced deal, in the poll, which asked, 'Do you think it is acceptable for the EU to demand EU flags decorate UK towns and cities in return for £56m financial aid?'.

It comes as local authorities have been told by the communities ministry that displaying the EU symbol is “required” on “every piece of signage, pavement sticker, or temporary public realm adaption” which is funded under the EU high street recovery scheme.

The European Regional Development Fund has given this grant under the name “Welcome Back Fund” to “support the return to high streets safely and to build back better from the pandemic”.

The UK is still entitled to the cash because under the withdrawal agreement Britain is eligible for certain payments until the end of 2023, but with strings attached. 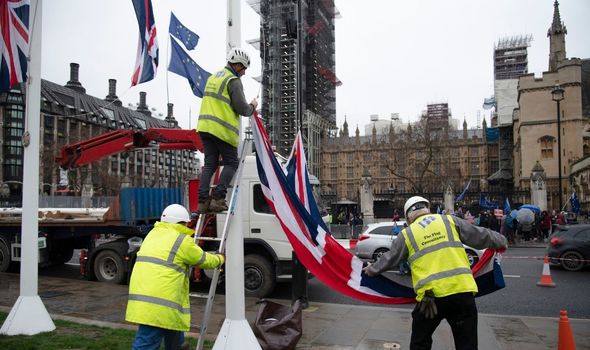 Birmingham is due to receive the largest portion of the grant at £1million.

Additionally, just 8 percent (912) of voters said the UK should fly the flags, and take the money.

On the other hand, a huge 90 percent of voters (9,940 people) said the UK should refuse the cash and remain EU flag free.

A small fraction, 2 percent (176), was not sure whether the UK should take or leave the £56million.

A reader commented: “REJECT the cash. NEVER ABANDON our newfound FREEDOM just to fly the flag of the EU DICTATORSHIP.”

But another reader disagreed, they said: “If someone offered me £56m for hanging a flag over my door I wouldn't care less what was on it.

“I'd be like sure - if that's the only condition I'm more than happy to do that!”

The police could not find fans who racially insulted ex - Southampton player Yankevits
I am not a victim of racism. I'm black and proud. Menyan responded to the insults of Juventus fans
Phil Jones will be in the Manchester United squad for the game against West Ham. He has not played since January 2020
Falcao scored the winning goal in the 96th minute for Athletic, coming on as a substitute in the 76th. He has 2 goals in 2 games for Rayo Vallecano
Coach Wycombe about 1:6 with City: A special 22 minutes! An incredible event for our fans
Strakosha could not hold back tears when he saw the Lazio fans' banner. He was supported after an autogall with Galatasaray
Coach Spezia Motta on Juventus: They are going through a difficult moment, but we must show the maximum, play our football

Oleksandr Usyk: ‘I’ve been watching Anthony Joshua for a long time. I won’t be nervous’