NORTHERN Ireland has banned people meeting family and friends indoors in a fresh Covid crackdown as Brits across the UK brace for drastic new restrictions.

First Minister Arlene Foster announced the new measures this afternoon after Boris Johnson had crunch talks with the leaders of the devolved administrations.

Northern Ireland First Minister Arlene Foster announced this afternoon that all of Northern Ireland would be subject to a ban on meeting with other households indoors from 6pm tomorrow.

She warned that everybody had to take individual responsibility for stemming the growing second wave of the virus.

Ms Foster stressed that this "was not a lockdown".

She said: "the mixing of households indoors is one of the best opportunities for the virus to spread.

"Gatherings and domestic settings are where most of the virus transmission is occurring.

"Other gatherings away from the home can be better controlled and regulated."

Boris Johnson will make a statement in the House of Commons tomorrow, and is likely to address the nation too on the latest developments.

It's expected that new nationwide measures will be on the cards.

Mr Johnson will also chair an emergency COBRA meeting with leaders from the devolved administrations tomorrow.

A Downing Street spokesperson said: "During these calls (with leaders of Scotland, Wales and Northern Ireland), the Prime Minister made clear that the rising infection rates are a cause for great concern, which he is taking very seriously.

“He reiterated his unwavering commitment to working with the devolved administrations as we continue to tackle the virus.

"They all agreed to act with a united approach, as much as possible, in the days and weeks ahead.

The Scottish First Minister Nicola Sturgeon said she had spent the weekend locked up with her advisers to come up with a fresh plan to deal with the daily new infections - and would speak with the PM this afternoon.

Ms Sturgeon said: "Given that the virus does not respect borders - alignment across four nations, if possible, makes sense.

"I am also talking direct to the Prime Minister immediately after this press conference.

"I will impress upon him my view that we need decisive, urgent and as far as possible, given our individual responsibilities, coordinated action across the UK.

She warned that "the longer we wait to introduce new measures" the longer restrictions would have to be in place and there could be new measures within days.

She said: "I need to be absolutely straight with people, across Scotland additional restrictions will almost certainly be put in place ... over the next couple of days."

Millions of people in Scotland are already living under tougher rules - including most of Glasgow who are banned from meeting indoors with other people.

A spokesperson for the Welsh Government said: “The First Minister spoke to the Prime Minister this afternoon.

"The First Minister welcomed confirmation there will be a UK-wide COBRA meeting tomorrow.

“The First Minister updated the Prime Minister about the measures the Welsh Government is taking in Wales to control an increase in cases of coronavirus and protect people’s health in parts of South Wales.

"They agreed on the need to work on a four-nation basis to discuss UK-wide measures where these were necessary.”

The Welsh Government announced this morning that Bridgend, Merthyr Tydfil, Newport and Blaenau Gwent will be placed under a local lockdown from 6pm on Tuesday after an increase in coronavirus cases.

People will not be able to enter or leave those areas unless they have a good reason - such as for work or school.

And people will only be able to see people they don't live with outdoors.

All pubs, restaurants and bars will also have to close at 11pm and people in all indoor areas over the age of 11 will have to wear a face mask.

Massive parts of England will also have tighter restrictions from tomorrow - including curfews in Lancashire and Merseyside.

The four nations have previously had different rules to deal with the epidemic - including the recently introduced rule of six.

But in Scotland, where children under the age of 12 were excluded from the six-person limit, kids may now be counted to try and tighten up the rules, Ms Sturgeon said today.

It comes after his two top scientists Professor Chris Whitty and Sir Patrick Vallance delivered a dire warning of the consequences if the tide in cases isn't stopped.

They said in a televised speech that the UK is at a “critical point” and "this could move very fast" - warning the problem could last for six months. 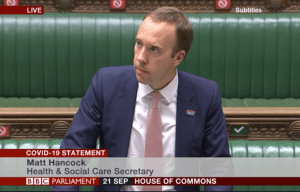 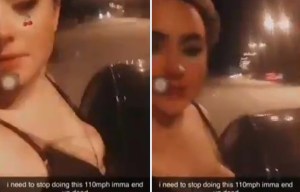 Hans-Dieter flick: I Hope Alaba will sign a contract with Bayern. Our club is one of the best in the world
Diego Maradona: Messi gave Barca everything, brought them to the top. He was not treated the way he deserved
Federico Chiesa: I hope to leave my mark in Juve. We will achieve great results
The Coach Of Benfica: I don't want us to look like the current Barcelona, it has nothing
Guardiola on returning to Barca: I'm happy at Manchester City. I hope to stay here
Fabinho will not play with West ham due to injury
Ronald Koeman: Maradona was the best in his time. Now the best Messi
Source https://www.thesun.co.uk/news/12726843/covid-northern-ireland-ban-socialising-boris/