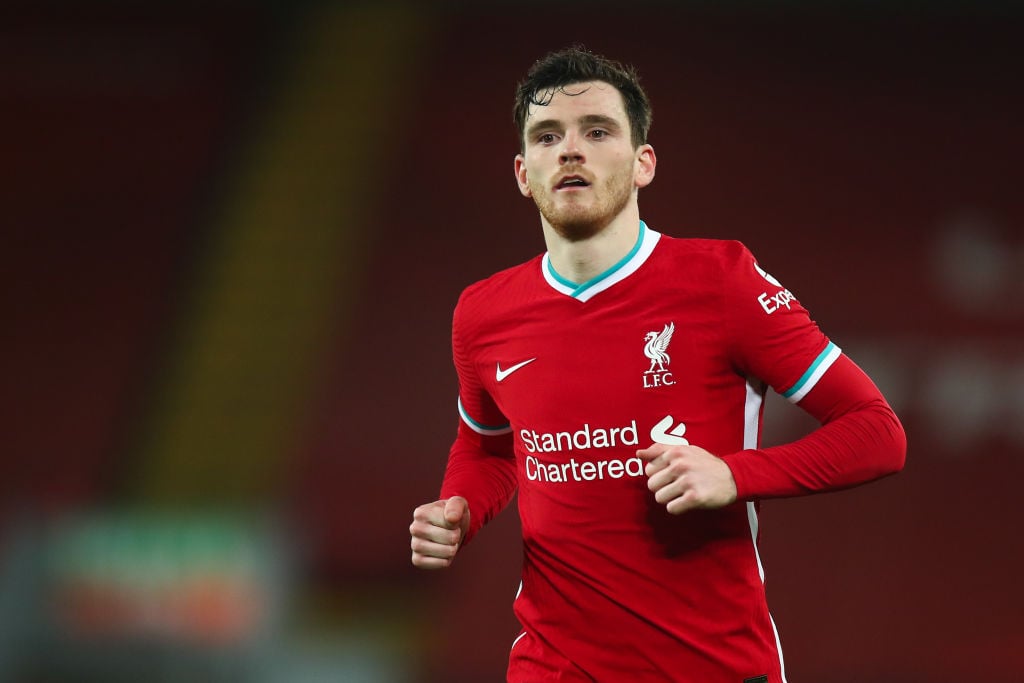 Scotland fans have been left baffled after Liverpool’s Andy Robertson stuck up for David Marshall after yesterday’s game.

Scotland lost 2-0 to the Czech Republic, with Marshall failing to cover himself in glory for the second goal.

The Tartan Army’s goalkeeper was stationed miles up the pitch and was lobbed by Patrick Schick from halfway, but Robertson had an interesting view on the incident.

The Liverpool left-back, who captains his country, said that the goalkeeper was in the correct position after the game.

“We started the second half really well, hitting the crossbar and we had a couple of really big chances and then Jack Hendry has a blocked shot and the boy’s in his own half… it’s a one in a million shot,” he said.

“David Marshall had to be in that position because any ball in behind means he’s in the perfect position.”

However, most Scotland fans were quick to disagree with the Liverpool man.

According to Andy Robertson, Marshall was justified in being in that position, not for me to question the professional but I'm sure once he looks at it he'll think again.

From that interview I don’t think Andy Robertson realises just how far David Marshall is off his line. Fantastic strike but this is just mental pic.twitter.com/NbrwTsuwy9

He’s kidding himself on.

Robertson was one of Scotland’s better performers on the day.

His experience of big occasions clearly helped him, although the rest of his teammates, perhaps, didn’t quite reach the top of their games.

Scotland looked hurried at times, and ultimately fell to defeat in their first major tournament game for 23 years.

Robertson will next be in action on Friday night when his Scotland side face England, and he could be in competition with Liverpool teammate Jordan Henderson.

In other news, £4.5m star will be Lage's first signing, Wolves close in on transfer target