THE coronavirus pandemic could spark the death of the traditional work tea round and office birthday treats.

A study of 2,000 office workers looked into the future of the workplace, with 43 per cent admitting they are anxious about returning.

More than half believe tea rounds will be a thing of the past, and one in four said they wouldn’t want a colleague making them a drink.

Others will avoid preparing their lunch in the communal kitchen, stop sharing snacks, and no longer sign birthday cards which are passed around the office for colleagues.

The stats emerged in a study commissioned by UMOVIS Lab, a company supporting businesses in preparing to return to work, to mark the launch of StoBox - a collection of protective equipment and products.

It also revealed almost three quarters of those polled are worried about being in an office with colleagues who have commuted via public transport.

And 41 per cent will not shake hands with others while 44 per cent vow to regularly clean their own workspace.

As a result, three quarters of workers fear workplace routines will never be the same again, with seven in 10 believing staff hygiene and wellbeing should be a top priority for business owners from now on.

A spokesman for UMOVIS Lab said: “The research shows just how conscious people are about returning to the workplace and adapting to the new normal.

“We have all adopted new hygiene customs and practises in recent times and now the nation needs to be prepared to return to work safely.

“Business leaders are going to need support and the resource in order to be responsible for their workforce and prepared for any future eventualities.

“In response to the research, we have launched StoBox, a collection of accessible and medically curated protective equipment and products designed to reduce the spread of germs and to support businesses and households.”

1. Washing/ sanitising your hands more often
2. Regularly cleaning your own workspace e.g. keyboard, computer, mouse
3. Never shaking hands with colleagues/ clients
4. Not touching anyone else’s computer/mouse/keyboard
5. No longer hugging colleagues/ clients
6. More flexible working e.g. work part time in the office
7. Avoiding hot-desking
8. Going outside for more walks/fresh air
9. Not using anyone else’s desk phone
10. Taking in your own mug rather than using communal mugs
11. Doing more video calls instead of face-to-face meetings
12. Attending fewer meetings
13. Taking in your own cutlery rather than using communal cutlery
14. Not letting anyone else make you a hot drink
15. Taking in your own soap and hand sanitiser
16. Taking in your plate and bowl rather than using communal plates and bowls
17. Avoiding public transport when travelling to work/ meetings
18. Leaving the office on time instead of working extra hours
19. Not preparing your lunch in the communal kitchen
20. Not eating baked goods that a colleague brings in
21. No longer taking part in group tea rounds
22. No longer eating from buffets in the workplace
23. Not sharing your snacks
24. Avoiding drinking from the water cooler / a water fountain
25. Avoiding using the toilets unless you know they have been cleaned
26. No longer taking in treats on your birthday
27. No longer taking part in team activities
28. Not taking part in charity bake sales
29. No longer signing birthday cards that go round the office
30. No longer using the staff shower

The study also found that when it comes to food, a fifth will no longer prepare their lunch in the communal kitchen and 19 per cent will not partake in buffets.

More than a fifth believe the pandemic marks the end of workplace bake sales while a sixth think outside guests will no longer be allowed in their office.

However, almost half of workers would feel more comfortable returning to the office if social distanced floor markers were implemented.

More than half of workers plan to wash their hands more often as part of their new workplace routine and 23 per cent even plan to take in their own soap and hand sanitiser.

But more than two thirds want their workplace to provide hand sanitiser for staff while 51 per cent want there to be at least two metres between desks.

Similarly, 36 per cent want their employers to offer facemasks, three in five want anti-bacterial wipes to be available and 37 per cent like the idea of a one-way system being implemented.

It also emerged that while 60 per cent believe employees should be responsible for their own cleanliness and reducing the risk of germs, 58 per cent feel their employer should be accountable for creating a safe environment.

Additionally, 86 per cent of those polled via OnePoll would like to see their workplace cleaned more often.

Dr Luke Moore, infectious diseases physician, clinical microbiologist and independent consultant for UMOVIS Lab, said: “Most will have a first aid box at home to reactively treat injuries, but few will have proactive measures in place to try and limit the spread of infection.

“In normal daily life we’re going to be exposed to situations where germs can spread between us and in the world of germ transmission, the best possible answer is to try and stop yourself from getting an infection in the first place.

“StoBox is doing exactly that by introducing quality pieces of kit into everyday life, when you need it, to try to minimise the risk of transmitting infection onwards. 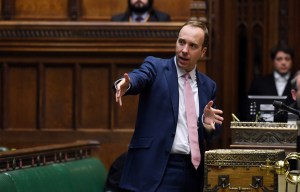 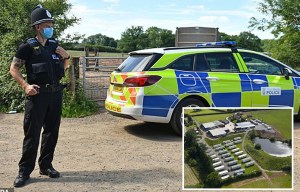 “Preparedness and protection are essential when it comes to trying to limit infection and if we take the right measures, infection is something we can work together to minimise.

“Using equipment which mitigates the spread of the virus is a key part of that equation along with how we adjust our behaviour.”

Comprising of protective equipment and products which mitigate the further spreading of germs, StoBox is now available to pre-order.

Lille acquired 20-year-old forward David from Gent. He is the best sniper of the CONCACAF Cup
Rummenigge on Tiago's departure: If someone offers a fair amount for him, we will work
Juve can offer Arsenal for Lacazette Douglas Costa
Gasperini on Neymar: One of the world's strongest players. He will create problems for any opponent
Tuchel on crutches went to the Champions League match with Atalanta
Chelsea want to sign Ajax defender Tagliafico. He is seen as an alternative to Chilwell
Tottenham signed the midfielder Højbjerg and sold to Southampton Walker-Peters
Source https://www.thesun.co.uk/news/12106831/no-tea-rounds-birthday-cakes-office-coronavirus/

Sheep farmer tried to extort £1.4m worth of Bitcoin from Tesco by lacing baby food with metal, court hears