NIGEL Farage has hailed Brexit Day as a "victory for Sun readers" and "ordinary people" who finally got Britain out against all the odds.

The Brexit Party boss praised the determined nature of millions of ordinary Brits across the country who fought to get us out.

He told The Sun Online today: "Brexit is a victory of ordinary people against the establishment.

"They had a feeling the European thing was going wrong - that we should be independent, controlling our borders, that we shouldn't be wasting all this money."

He added: "Now, it's happening. This is a real victory for ordinary folk who stood up to be counted."

And if the PM "gets it right" Britain will see in a new period of optimism, economic growth and forging a strong place in the world, he predicted.

Mr Farage said: "We are much more than a star on somebody else's flag."

The Brexit Party leader has been campaigning for Big Ben to ring out to mark the exact moment Britain leaves.

He's been given the green light to hold a huge party in Parliament Square to see in Britain's new dawn.

Earlier this week Boris Johnson urged Brits to chip in to help the bell ring out too, after reports it could cost £500,000 as it's currently under repair.

Tory MPs and Brexit campaigners have already raised £120,000 in just 24 hours, but it's still unlikely to happen.

Mr Farage said today that America would laugh at us if we were unable to even let our most famous bell ring out to see in Brexit.

"The Government are still embarrassed by Brexit," he said.

"They don't believe in it.

"I guess it's because half the Cabinet are still Remainers... it's a poor show."

GETTING IN A FLAP 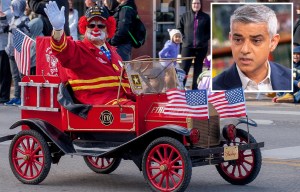 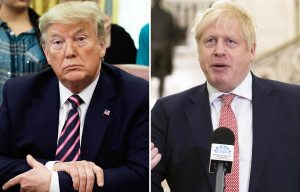 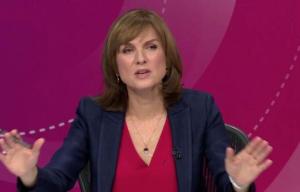 Who's on Question Time tonight? All the guests and panellists 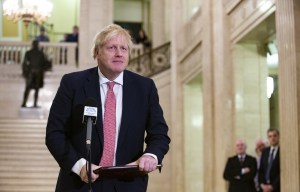 Even if the bell itself is not able to ring out, he promised that his Brexit Party would host a recording of the bongs in Parliament Square.

"This is a big moment, it should be celebrated," he said.

"We are leaving, there is no point of return, and no way back."