The monumental backlash against vaccines passports is being led by the Scottish Tories who will bring forward the vote today. A spokesperson for the Scottish Conservatives said: "The SNP plans are flawed, costly for businesses, and ripe for fraud. We must scrap this scheme now - before it hammers businesses."

Under the proposed plans, due to come into effect October 1, nightclubs and large events will only be able to allow entry to people who can show they have had two doses of a Covid vaccine.

The vote comes amid mounting criticism of the First Minister who many are saying is using the pandemic as an excuse for poor management.

Douglas Ross, leader of the Scottish Conservatives, pointed this out in last week's FMQs when he accused the Government of sheltering behind Covid to avoid criticism of spiralling medical waiting times and the shambolic handling of the ambulance crisis.

Ms Sturgeon suggested the pandemic was the cause of the crisis despite consecutive years of missed targets and climbing wait times in the years running up to the pandemic. 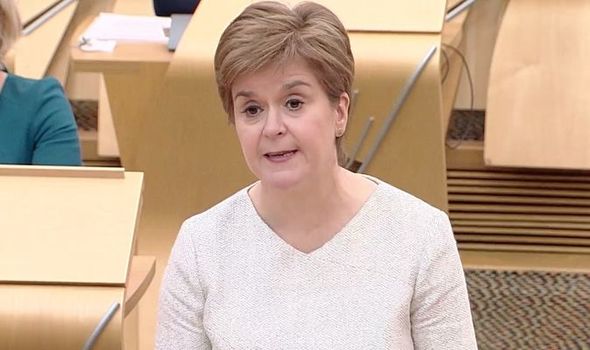 The Scottish Conservatives will today launch a vote against the introduction of vaccine passports, due to come into effect from October 1.

Scottish Tory leader Douglas Ross argues the plans will hammer business and not enough support can be given to those attempting to enforce the new rules.

Tomorrow, @ScotTories will hold the SNP to account by bringing forward a vote to halt the SNP\u2019s shambolic vaccine passport scheme.

The SNP plans are flawed, costly for businesses, and ripe for fraud.

Scrap this scheme now - before it hammers businesses. pic.twitter.com/ylTgISSIHR