The First Minister has come under sustained attack from Scottish Conservatives, after her explosive remarks at a press conference earlier this week. The SNP boss was riled by a question implying the party had lied about aiming to vaccinate all 40 to 49-year-olds. In a scathing response, she said she assumed "a level of intelligence” when issuing statements, adding how she expected political opponents to use “common sense” and put her words into “context”.

This drew stinging rebukes from the Scottish Tory party, which accused her of talking down to the public and "treating people like fools”. 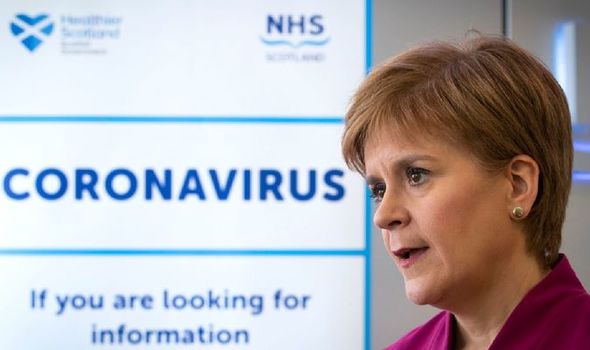 NICOLA Sturgeon was been accused of trying to avoid accountability (Image: Getty) 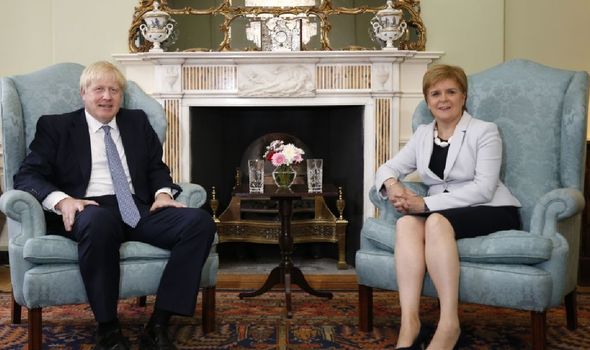 "It’s opportunistic politicians who choose not to understand (because having a go at me/the SNP matters more to you than taking the right decisions in a pandemic) that I was referring to - and I have clearly touched some raw nerves!"

However, her retort just added fuel to the fire, as Tory MSP Jamie Halcro Johnston waded into the unseemly row.

Replying to Ms Sturgeon's latest outburst, the Shadow Minister for Business tweeted: "Nicola Sturgeon chose to attack those who were simply holding her to account for her own words and her own targets. 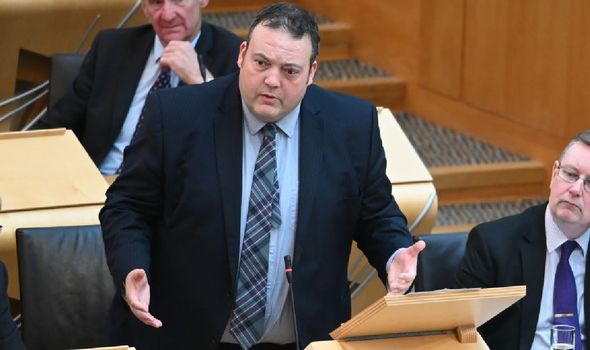 "The only raw nerves touched here are of a First Minister who talks about accountability almost as much as she tries to avoid it."

One wrote: "SNP taking credit for everything and responsibility for nothing, whatever next." 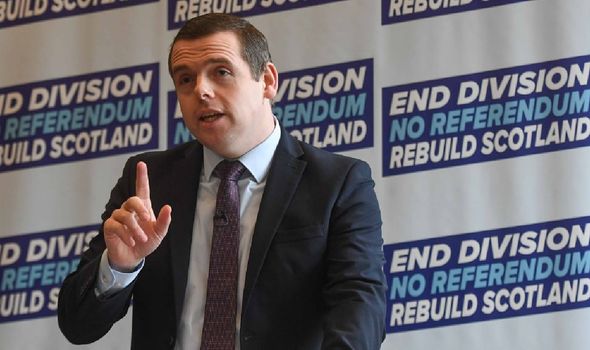 While another commented: "A very erudite summary of a FM desperately clinging to power and blaming everyone but her ministers and herself for presiding over a country that has sunk to an all time low in respect of the malfunctioning NHS, education, emergency services, local authorities, social care etc."

However, statistics show just 77.3 percent of the same demographic have been fully vaccinated - falling far short of Ms Sturgeon’s target.

Barcelona is close to extending the contract with Araujo for 5 seasons
The Barca Board of Directors approved the closing of the financial year with a loss of 481 million euros. Budget for the season-2021/22 - 765 million
Mendes is discussing Fati's new contract with Barca. The club sees him as a strategically important player for years to come
The author of poker for Ajax Aller-the player of the week in the Champions League
Dad, this is for you. The father of the defender of Man City Ake died a few minutes after his son's debut goal in the Champions League
Adam Traore's goal from Sheriff against Shakhtar is the best goal of the week in the Champions League
Gary Neville: There are probably four of the best clubs in the world in England. The top 4 of the Premier League is now the best in history