The TV network Fox released a statement revealing that after having a conversation with the TV personality and actor about his controversial interview he will remain as host of their popular show.

They said: "When we were made aware of Nick Cannon’s interview with Richard Griffin on YouTube, we immediately began a dialogue with Nick.

"He is clear and remorseful that his words were wrong and lacked both understanding and context, and inadvertently promoted hate.

"This was important for us to observe. Nick has sincerely apologized, and quickly taken steps to educate himself and make amends.

"On that basis and given a belief that this moment calls for dialogue, we will move forward with Nick and help him advance this important conversation, broadly.

"Fox condemns all forms of hate directed toward any community and we will combat bigotry of any kind."
The chaos all kicked off after Nick, 39, said some head-turning words during an episode of Cannon's Class podcast alongside former Public Enemy member Richard Griffin.

Nick explained that he believes Black people are "the true Hebrews."

"That’s our birthright. We are the true Hebrews."

Once the interview spread Nick received backlash and was soon dropped by ViacomCBS, meaning Nick won't be a part of his longtime running MTV show Wild N' Out.

In a statement, the company said they condemn "bigotry of any kind and we categorically denounce all forms of anti-Semitism."

The All That alum would soon take it to Facebook after all controversy to post a very lengthy apology.

He began: "I am deeply saddened in a moment so close to reconciliation that the powers that be, misused an important moment for us to all grow closer together and learn more about one another.

"Instead the moment was stolen and highjacked to make an example of an outspoken black man.

"I will not be bullied, silenced, or continuously oppressed by any organization, group, or corporation.

"I am disappointed that Viacom does not understand or respect the power of the black community."

Nick, who was once married to Mariah Carey, continued: "I was a member of the Viacom 'Family' for over 20 years.

"Since I was a minor, we worked together to make great positive entertainment and I was handed many opportunities that I am grateful for.

"At 17 years old, I was deemed the youngest staff writer in TV history on their various Nickelodeon series.

"In 2009, the wonderful and amazing Cyma Zarghami blessed me with the opportunity to become the youngest television Chairman in history, placing the teen division of Viacom solely in my hands as an executive.

"She along with the strong and brilliant Marva Smalls guided me through the corporate infrastructure that at times felt overwhelming due to many doubting my abilities as a black man.

"I am forever grateful to them for their love and kindness as leaders and their matriarch like care for me over the years.

"With their support, I rose to the occasion at Viacom creating philanthropic opportunities and award programming such as the HALO Awards which awarded youth grants for their nonprofit organizations to change the world and end everything from bigotry, homophobia, racism, and even attempting to find a cure for AIDS and Cancer [...]"

The father-of-three would go on: "My time at Viacom also birthed one of my other greatest creative accomplishments; their longest-running comedy series and the most successful Hip Hop programming in Television History Wild 'N Out.

"An idea in which I self-financed out my own pocket and presented to MTV.

"I created a billion-dollar brand that expanded across a multitiered empire that is still Viacom’s biggest digital brand, touring business, talent discovery and incubation system and successful restaurant franchise.

"Based on trust and empty promises, my ownership was swindled away from me.

"For Viacom to be so deceptive is no surprise; they have been mistreating and robbing our community for years, underpaying talent on their biggest brands like Love & Hip Hop, all of BET programming and of course, Wild 'N Out."

"I don’t have to defend myself here, the proof is in the history.

"I believed that the corporation was becoming more progressive and willing to create helpful spaces and dialogue in these difficult and uncertain times of 2020.

"Instead they chose to recently ban all advertisements that supported George Floyd and Breonna Taylor who we are all still seeking justice for.

"I also went as far as to reach out to Ms. Shari Redstone, the owner of Viacom, to have a conversation of reconciliation and actually apologize if I said anything that pained or hurt her or her community. Dead Silence!

"So that’s when I realized they don’t want a conversation or growth, they wanted to put the young [n-word] in his place.

"They wanted to show me who is boss, hang me out to dry and make an example of anyone who says something they don’t agree with [...]

"I respectfully stepped away from oppressive corporations in the past.

"NBC threatened and mistreated me for years, but I was the bigger person and abandoned an 8-figure salary on their number one hit show America's Got Talent and currently stand by my friend and Queen Gabrielle Union in her fight against oppression."

Nick added: "I took my talents and executive creativity to my open-minded and willing partners at the Fox Television network to create the current #1 hit show on television The Masked Singer in which I host and executive produce.

"We are also gearing up to launch a daily talk show based in the historic community of Harlem, where the ultimate goal is to bring people closer together during these difficult times [...].

"As we all know Hollywood and the media is a dirty business.

"Still, I honestly can’t believe that Viacom has such poor council that would allow them to make such a divisive decision in the midst of protests and civil uprising within our current pandemic. Truly an unwise decision.

"For them to take it one step further and flat out lie in their official press release, saying that I didn’t attempt to reconcile the situation when on two separate occasions I specifically acknowledged and openly requested a forum to be corrected."

Nick added more thoughts: "My hope and original goal was to use this moment to show healing and acceptance and prayed that Viacom would use their powers for good.

"Instead I am now receiving death threats, hate messages calling me an ungrateful [n-word] and beyond.

"Viacom’s goal to keep me from providing for my family and lineage will be foiled.

"They can try to kick me while I’m down or force me to kiss the master’s feet in public for shame and ridicule, but instead I stand firm on my square with my fist in the air repeating my mantra, 'You can’t fire a Boss!'.

"In a pleasant turn of events and the best blessing in all of this hurtful attack is the outpouring of love and support from the Jewish community. It has been amazing.

"I have spoken with many Rabbis, clergy, Professors and coworkers who offer their sincere help."

Nick also reached out to the Jewish community.

He said: "I must apologize to my Jewish Brothers and Sisters for putting them in such a painful position, which was never my intention, but I know this whole situation has hurt many people and together we will make it right.

"I have dedicated my daily efforts to continuing conversations to bring the Jewish Community and the African American community closer together, embracing our differences and sharing our commonalities [...]

"So many gracious people from the Jewish Community are showering me with love and helping to guide me to the Promise land, literally l am excited to announce that I have been invited to Israel which is a lifelong dream where I will receive teachings, lessons and truth about the Jewish history.

"As someone who is in pursuit for my PHD in Theology and Divinity and just received a degree in Criminal Justice from the Great Howard University, this will be an enriching, enlightening and overall exciting trip!

"As for Viacom, who is now on the wrong side of history, I will continue to pray for you.

"I don’t blame any individual, I blame the oppressive and racist infrastructure.

"Systemic racism is what this world was built on and was the subject in which I was attempting to highlight in the recent clips that have been circulating from my podcast.

"If I have furthered the hate speech, I wholeheartedly apologize." 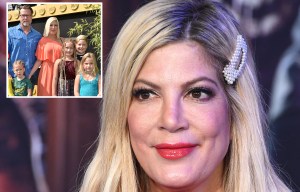 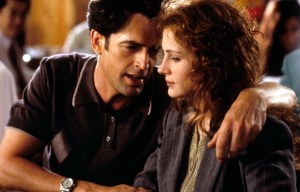 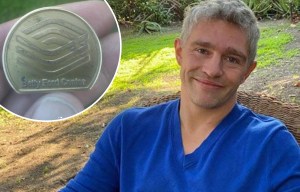 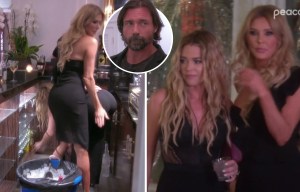 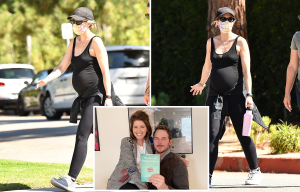 Nick closed his statement by saying: "But now I am the one making demands.

"I demand full ownership of my billion-dollar Wild ‘N Out brand that I created, and they will continue to misuse and destroy without my leadership!

"I demand that the hate and back door bullying cease and while we are at it, now that the truth is out, I demand the Apology!"

Manchester United are unhappy with the way Borussia was leading the negotiations for Sancho. The Germans did not want to communicate directly
Liverpool have announced the purchase of defender Tsimikas from Olympiakos
Bordeaux appointed ex-assistant Blanc Gasse as head coach
Sterling on the win over Real Madrid: Manchester City were incredibly hungry. We have the strength to succeed in the Champions League
Galliani about Pirlo in Juve: Andrea was laughing like a madman when I called to congratulate him
Villarreal will pay no more than 20 million euros for Valencia captain Parejo and midfielder Coquelin
Thomas Tuchel: Atalanta has a completely unique style. PSG will be difficult not to miss
Source https://www.thesun.co.uk/tvandshowbiz/12141510/nick-cannon-host-masked-singer-apologizes-anti-semitic/

'I have shown I can play' – Emiliano Martinez states aim of becoming Arsenal and Argentina No. 1

Nursery and care home planned next to Thirsk open fields