The couple announced the news in a shocking maternity shoot.

Just days ago, Abby took to Instagram to share a number of stunning snaps from the photo shoot.

The 30-year-old's baby bump was on full display as she wore a top that appeared to be made of pearls and a white skirt.

Meanwhile, Nick posed shirtless as he only wore black pants with his underwear elastic sticking out that had his last night written across the band.

Abby revealed that the couple are expecting twins in the caption, writing:  "Our dearest sons - my miracle babies,

"Thank you for choosing me to be your Mommy. I know the Lord has destined me and prepared me for the gift of not one but two little angels.

"I pray that God give you both the strength to walk brave and boldly in your individual truth just like your Daddy. That God bless you and your brother and guide you into living out your full purpose."

She continued: "Your Dad & I will always be here for you both; in complete unison and support.

"No matter what this world may throw your way, know that forgiveness is key and what is for you - is for YOU!"

Abby concluded in the caption: "You both are already so loved and we can’t wait to meet you both."

Monroe and Moroccan Scott are fraternal twins from his 2008-2016 marriage to pop star Mariah Carey. 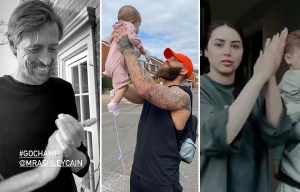 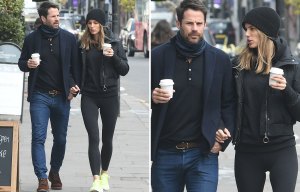 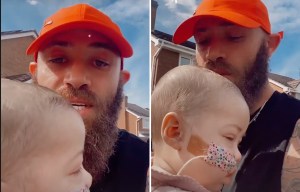 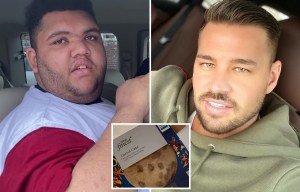 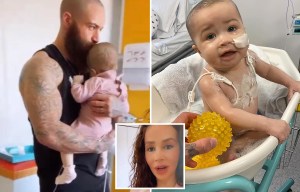 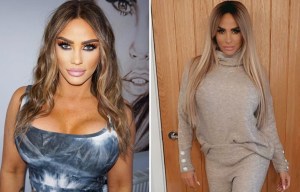 He began dating the model and beauty pageant queen Brittany Bell during his split with Mariah in 2015.

The pair reportedly broke up for good last year, though they were spotted in November holding hands while leaving a restaurant in Malibu after celebrating her 33rd birthday.

In December 2020, Brittany announced on her Instagram the birth of her second child with The Masked Singer host.

It remains unclear when exactly he began dating Abby or when she will give birth to their twin boys.