The 67-year-old is a veteran royal correspondent at the broadcaster, and is known for his cutting analysis of the Firm, often sparking anger from viewers. Following Prince Philip's funeral on Saturday, Mr Witchell was under fire after he was accused of not being "impartial", for comments he made regarding Harry at the ceremony. The Duke of Sussex had returned back to the UK for the first time since he and Meghan opted to move away from senior royal duties and lead a "financially independent" life last year.

There was much discussion about Harry and his relationship with brother Prince William, as reports of a rift between the two emerged in the aftermath of his split from the Firm.

But in a piece for the BBC, Mr Witchell wrote that William "seemed a little reluctant to engage" in conversation with Harry, claiming: "There is a rift.

"It is a distraction nobody would have wanted on a solemn occasion such as this and certainly not their grieving grandmother."

Readers turned on Mr Witchell, particularly as they felt Harry and William should be allowed to grieve without their movements being analysed. 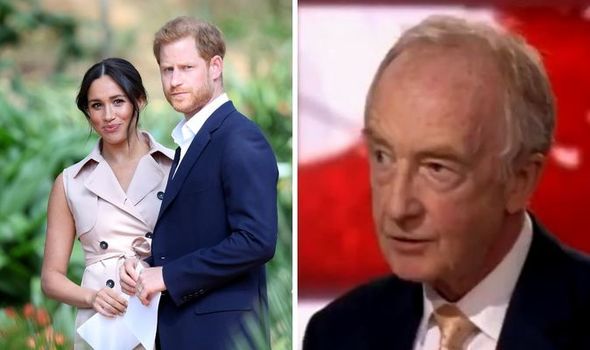 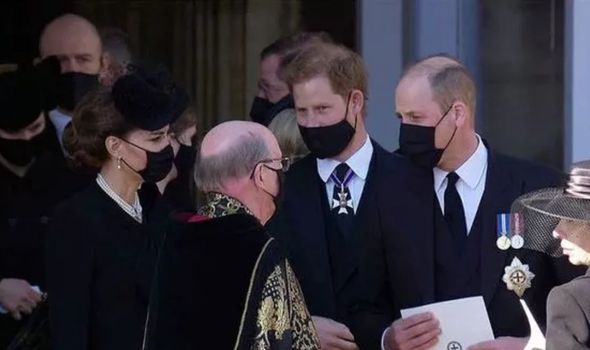 It wasn't the first time the journalist was attacked for his commentary, as he also sparked outrage from Sussex fans for using an "exaggerated tone of voice" and "filling in blanks" that did not appear in a series of statements released by Meghan and Harry, and Buckingham Palace.

He was referring to the remarks both parties made after it was confirmed Harry and Meghan would lose all of their patronages and titles, and would not return to senior royal roles.

Speaking on BBC News in February, Mr Witchell said that there was "almost an unspoken sentence" that didn't appear in the Queen's statement.

He said the sentence would be, "A life of public service like I have led, my husband has led at the age of nearly 100, like the rest of your family continue to lead, but which you have decided to opt out of".

JUST IN: Prince Philip 'has discharged his coronation oath to Queen' 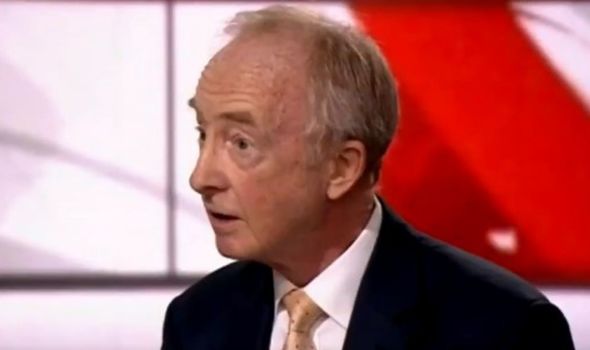 Mr Witchell continued: "Of course they are saddened, as the statement says, they are deeply disappointed, I think, that this is how matters have turned out.

"And then the Sussexes' statement which concludes with these couple of phrases, 'We can all live a life of service, service is universal.'

"Isn't there just a sense there of them thumbing their noses, 'Don't tell us how to lead our lives'. So I think on both sides, Harry I think will now perhaps finally realise the implications of the decision that they have taken."

But this infuriated viewers, with many taking to Twitter to voice their condemnation of the journalist. 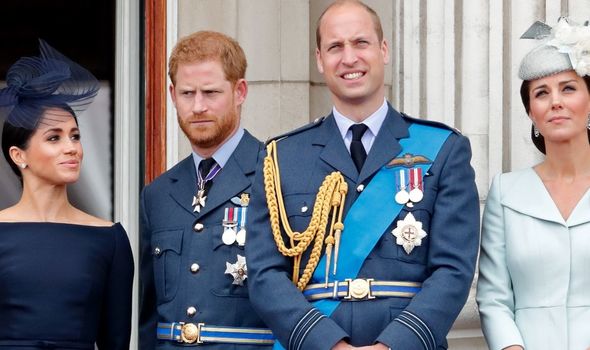 Royal Family: Reports of rift between Harry and William have emerged (Image: GETTY)

Some even accused the BBC of bias as the commentator appeared to take Buckingham Palace's side, snubbing Harry and Meghan.

One wrote: "Did anyone hear Nicholas Witchell on the One O'Clock news? His contempt for Harry and Meghan's decision to leave the Royal Family permanently was clear. Filling in the blanks in the statements to fit his own narrative..."

Another moaned: "Hard to deny the Beeb and Nicholas Witchell are much more than a division of Buckingham Palace’s PR department. The barely contained rage here..."

While a third continued: "Dreadful report by Nicholas Witchell on BBC News.

"He read sentences from the Palace's and the Sussex's statements with a false exaggerated tone of voice that gave an imagined attitude to them. He then added what he thought they were really saying but had excluded."

A fourth added: "Appalled to see Nicholas Witchell on ⁦@BBCNews commenting on Harry and Megan and the Palace’s statements and adding his own sentences to both to 'amplify' what they really meant.

"Who is he to invent meanings for any of them?"