NAYA Rivera posted a heart final breaking picture of her and son Josey with the words “just the two of us” before she disappeared while on a lake.

The 33-year-old is feared dead and her four-year-old son Josey told cops his mum "jumped into the water but didn't come back up" after being found alone on a boat.

In a haunting final Instgram post on Tuesday, Naya had shared a photo of herself kissing Josey with the caption: "Just the two of us."

Authorities found the little boy shortly before 5pm on Wednesday at Lake Piru, Southern California, with sources telling TMZ Josey said that his mother had "jumped into the water but didn't come back up".

Divers and helicopters immediately started searching the lake but so far there has been no sign of the star.

Naya's life jacket was reportedly still in the boat and Josey was asleep when the vessel was first found.

Josey is now safe with family members. The boy's father is Ryan Dorsey - who Naya divorced in 2018 and stars in the hit crime drama Ray Donovan.

The Ventura County Sheriff’s Department began searching for a presumed drowning victim after responding to a report of a boy left alone on a boat at around 4.48pm, they said in a press release.

They later tweeted: "The missing person at Lake Puru has been identified as Naya Rivera, 33, of Los Angeles. SAR operation will continue at first light."

Divers searched the lake until nightfall, but were unable to find the actress, who 113 episodes of the hit musical series from 2009 to 2015.

The search is expected to resume after sunrise in the US today.

In an eerie Instagram message less than week ago, the Santana Lopez actress said that "tomorrow isn't promised" when posting a selfie.

Posing in a simple white shirt with natural make-up, Naya wrote: "No matter the year, circumstance, or strife's, every day you're alive is a blessing.

"Make the most of today and every day you are given. Tomorrow is not promised."

Distraught fans tweeted for the Sheriff's department to keep looking for Naya.

"Please don’t stop looking for her I beg you," pleaded one user while another said: "Y’all need to be out on boats with flashlights!"

FOX11 in Los Angeles have reported that Naya's car was found parked close to the boat rental company - with her handbag still inside.

According to reports, the local Sheriff has said that the star is "presumed dead".

Lake Piru is one of two lakes in Ventura County that have a total of 42 miles of coastline.

But over the years there have been a number of drownings, making the beautiful lakes as hazardous as the ocean.

The lake holds deep columns of chilly water that can overwhelm people, the LA Times reports.

The cool temperatures, large waves and rip currents can all work in concert to rob even the strongest swimmer of energy.

Lifeguards do patrol a swim area at the lake three days a week, but many of the problems occur outside this small zone.

Strong winds on Lake Piru also often whip up waves that can rock a small boat enough to tip an unsteady fisherman into the water.


Naya Rivera - Star with a troubled past

Originally a child star, the 33-year-old actress got her first big break in the US sit-com, The Royal Family - not to be confused with Britain's The Royale Family.

The actress landed the role of Hilary Winston in the show at the age of four, starring opposite legendary actor and comic, Redd Foxx.

Her next big break didn't come till 2009 when she landed the role of the ice queen cheerleader, Santana Lopez, in Glee.

The FOX musical comedy and drama was an instant hit and shot the cast to worldwide fame.

In 2017 she was arrested and charged after she allegedly assaulted husband Ryan Dorsey during a row - one month after calling off their divorce.

Dorsey, who appears in the Showtime series “Ray Donovan,” claimed that Rivera hit him in the head and lip while they were walking with their child, the network said.

The couple divorced in 2018 and shared custody of their son Josey.

In November 2017, Naya was arrested in Kanawha County, West Virginia and charged with domestic battery amid claims she had hit her then-husband Ryan in the head.

Local news station WSAZ-TV reported that the actress had been arrested after she attacked her husband while they were out for a walk.

Ryan is said to have handed over footage of the attack recorded on a mobile phone to police.

In January 2018, TMZ reported that the domestic battery charge against the actress had been dismissed, after her estranged husband said he didn't want prosecutors to proceed.

Naya married Ryan back in 2014, not long after the breakdown of her engagement to rapper Big Sean. 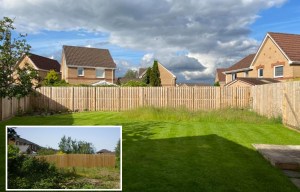 Couple forced to give back garden after spending £22,000 renovating wasteland 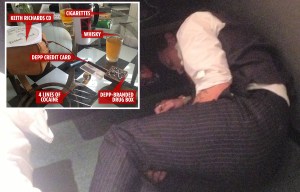 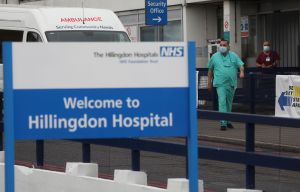 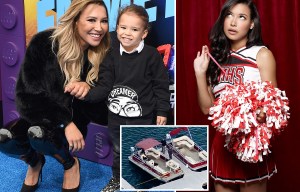 Naya Rivera son, 4, said ‘mum jumped into lake and didn't come back up’ 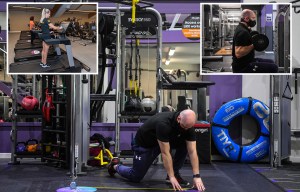 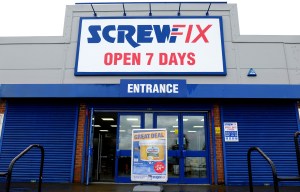 Screwfix customer dies after 'altercation' inside store as man, 24, arrested

After Salling - who took his own life in 2018 aged 35 - was charged with having child abuse images in 2016, Naya revealed that she always thought there was something more going on with the actor.

She told Entertainment Tonight at the time: "He was always just a very dark soul to me.

"I always felt like there was something that he was wrestling with."

She also said that Salling brutally dumped her following advice from his publicist that being single would help his image.

Her next big break was in musical TV series Glee, which had huge success when it aired between 2009 and 2015.

However, the show has been hit with tragedy in the past, with star Cory Monteith found dead in a hotel room aged just 31 in 2013.

Cory's official cause of death is listed as "mixed drug toxicity, involving intravenous heroin use combined with the ingestion of alcohol".

It's was noted at his inquest that Cory had a history of drug use with intermittent periods of rehabilitation and of abstinence from drugs.

The troubled actor had recently spent time in a rehab clinic for substance addiction prior to his death.

Barcelona and Bayern have won the Champions League 10 times. 6 other participants of the 1/4 final of 0 cups
Gennaro Gattuso: Napoli fell asleep for half an hour and gave Barca victory. We dominated and hit more often
Lewandowski finished off Chelsea: 2 goals and 2 assists. His statistics this season are more than space
Barca flick: Not focusing on Messi. We want to show our strengths
Lewandowski scored 7 (3+4) points in two games with Chelsea and participated in all of Bayern's goals
Messi has been scoring in the Champions League for 16 years. More only have Raul-17
Luis Suarez: the main Thing is that Barcelona goes further. Bayern are one of the candidates to win the Champions League, just like other teams
Source https://www.thesun.co.uk/news/12073772/naya-rivera-glee-heartbreaking-last-pic-son/

From tea to fish and chips. Americans shock Brits by butchering staples from our great menu

Cats can get sunburn, too… so follow the Pet Vet’s advice to keep your moggie safe in the sun