NASA scientists were left stunned after an “impossible” rocket engine defied the laws of gravity during testing, suggesting thrust could be achieved without fuel in a spacecraft. The radiofrequency resonant cavity thruster is a device that could be used to create spacecraft propulsion and help human beings conquer the Solar System. It purports to generate thrust by reflecting microwaves internally in the device, in violation of the law of conservation of momentum and Albert Einstein’s Special Law of Relativity in which separate frames of reference have to be applied at velocities approaching the speed of light.

The idea, dubbed “EmDrive” was first raised by Roger Shawyer, who submitted his paper in 2015, but a year later it was put into practice by NASA, who were stunned when the Advanced Propulsion Physics Laboratory observed thrust during an experiment.

Presenter Joe Scott explained on his YouTube channel Answerswithjoe why the outcome was prodigious.

He said in 2016: “There was some news in 2015 that about some people who built a homemade EmDrive and it seemed to work.

“But now, NASA has reviewed the papers from that experiment and it seems legit. 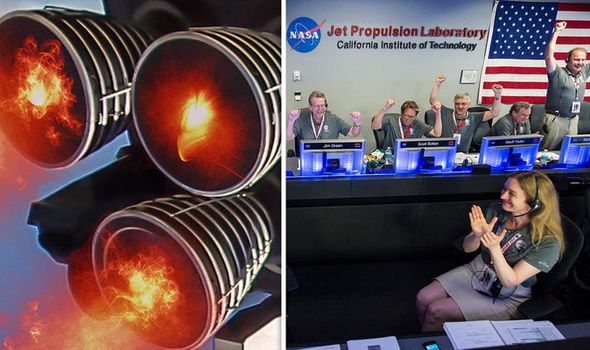 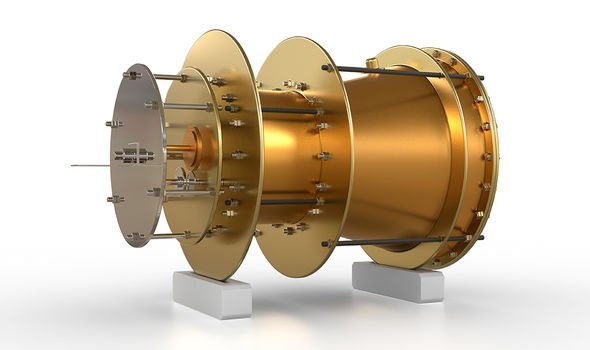 It literally breaks every law of physics

“It’s something called peer review and it’s very important during the scientific process, as a panel of experts will look at your project and the conclusions [you made] to make sure everything is fine.

“The EmDrive has officially made it through peer review, which is amazing because it literally breaks every law of physics.”

Mr Scott went on to explain what the EmDrive does in Layman’s terms.

He added: “The EmDrive works by firing microwaves into this conical structure called a frustum and the microwaves bounce back and forth inside of this, intensifying in energy, thus creating thrust. 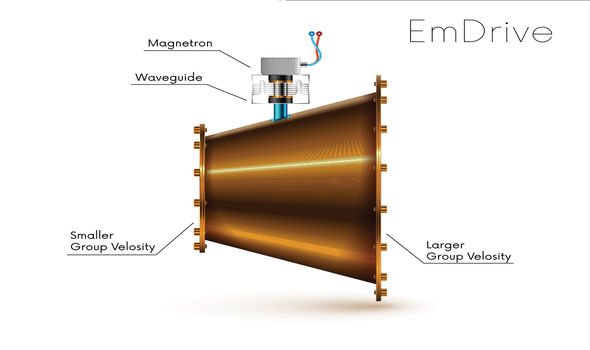 How the concept works (Image: GETTY)

“The microwaves don’t travel outside of the engine, there is nothing firing one direction to push the ship the other direction, it’s all enclosed in this capsule, that shouldn’t be happening.

“It’s like imagine if you’re in the back of an 18-wheeler truck and you take away the engine, you’re just a box on wheels.

“If you were to push against the wall, the truck wouldn’t start rolling, because you’re contained inside the truck, it would be totally insane if you pushed on the inside and that somehow made the truck roll.

However, two years later, in 2018, researchers in Germany built their own EmDrive, with the goal of testing innovative propulsion concepts and determining whether their seeming success is real. 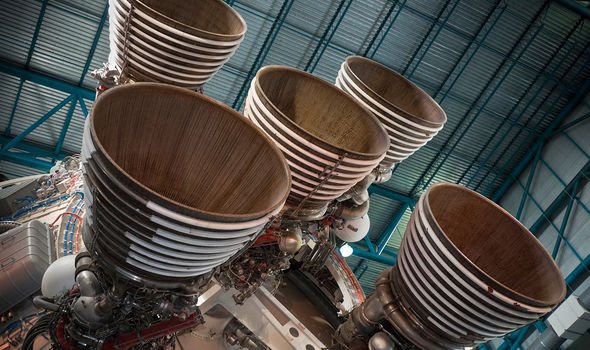 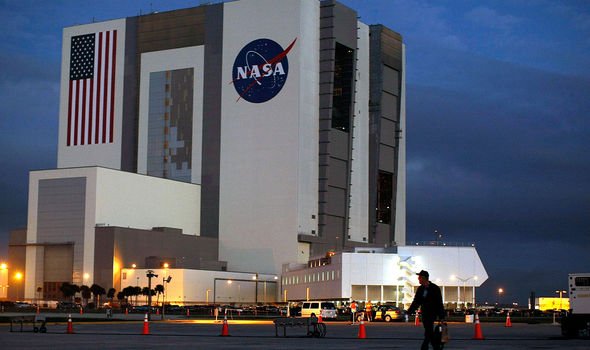 The group, led by Martin Tajmar of the Technische University Dresden, tested the drive in a vacuum chamber with a variety of sensors and automated gizmos attached.

Researchers could control for vibrations, thermal fluctuations, resonances, and other potential sources of thrust, but they were not quite able to shield the device against the effects of Earth’s own magnetic field.

When they turned on the system but dampened the power going to the actual drive so essentially no microwaves were bouncing around, the EmDrive still managed to produce thrust – something it should not have done if it works the way the NASA team claims.

The researchers have tentatively concluded that the effect they measured is the result of Earth’s magnetic field interacting with power cables in the chamber, a result that other experts agree with.

The team announced: “The ‘thrust’ is not coming from the EmDrive, but from some electromagnetic interaction."

To determine what’s going on with the EmDrive, though, the group needs to enclose the device in a shield made of something called mu metals, which will insulate it against the planet’s magnetism.

It sounds like a setback, but scientists have not given up hope on the idea yet.

Aside from the lack of mu-metal shielding, the lab’s tests were run at very low power levels, meaning that any real signal would have been hard to identify.

A more powerful test is believed to have taken place in August this year and the science community is eagerly awaiting the release of the papers.

Barcelona's Interest in Isak Increased after Koeman's appointment. Larsson has a high opinion of the player (Mundo Seportivo)
Manuel Pellegrini: When you play against Real Madrid and var, it's too much
PSV and Porto are Interested in Barcelona midfielder PUC. He doesn't want to leave the club
Puyol about Barcelona: If we want to win the championship, we need to perform very well
Schalke sacked Wagner. The team has not won the Bundesliga since January
Iacini on 3:4 with Inter: Even a draw would be an unfair result, given how many chances Fiorentina created
Ramos Pro 3:2 with Betis: the Referee tried his best and didn't do anything intentionally
Source https://www.express.co.uk/news/science/1219586/nasa-news-physics-broken-albert-einsten-emdrive-spacecraft-engine-tested-spt?utm_source=feedburner&utm_medium=feed&utm_campaign=Feed%3A+daily-express-news-showbiz+%28Express+%3A%3A+News+%2F+Showbiz+Feed%29

Dr Hilary warns of increasing cases of coronavirus in children

Deliveroo is looking for 15,000 new riders and drivers as demand surges

Warning over 17 apps that can access your private information

Uber could be banned from operating in London today

Man due in court charged with attempted murder after Girlington shooting

Shipley, Windhill and Baildon receive £750,000 worth of funding for local projects

Bars in Parliament do not have to follow the 10pm curfew

"Billionaire' Donald Trump paid $750 in federal taxes and $70,000 on hairstyling

Police say losing mobile phone is not a 999 call

The Fragrance Shop slashes up to 70% off products with prices starting at £2.50