NAKED yoga teacher and devotee Doria Gani, from south-west London, has been practising the art for twelve years since battling cervical cancer.

But it was only in 2015 at the Burning Man Festival in Nevada that Doria embraced nudity in her practice as she walked up to a guy with a camera and asked him to take pictures of her doing yoga poses naked – and felt entirely free of shame.

Now Doria, 44, helps others accept their bodies and deal with trauma, just like she has come to terms with a caesarean-type scar on her pubic bone left behind after her surgery for cancer treatment and the fact she will never be able to have children.

“As 16 men and women of all shapes and sizes did a downward-facing dog naked in front of me, I felt immensely proud. As a naked yoga teacher, I was living my dream, helping others to accept their bodies.

“Growing up in Tuscany, Italy, I spent a long time battling body demons. As a teenager I weighed just over 7st, but I never felt slim enough for my 5ft 2in frame. When I was 25, I developed bulimia and went down to an unhealthy 6st 4lb, and while thankfully I recovered after a year, I still had negative thoughts about my body.

“In 2005, aged 29, I came to London to improve my English, getting a job in retail in Covent Garden. I loved London and ended up staying, but four years later my world was rocked when I noticed I was bleeding after having sex with my then-boyfriend.

“A smear test and biopsy revealed the worst possible news: I had stage 3 cervical cancer. In May 2009 I had surgery, followed by chemotherapy and radiotherapy, which pushed me into early menopause. It was devastating to be told I would never be able to have children.

“I felt weak for months after my treatment, so one day I went to a yoga class held by Macmillan Cancer Support. I’d never tried it before and it felt good to connect with my body again.

“After three classes, I felt happier and stronger, and soon I was going every day. I’d been left with a caesarean-type scar on my pubic bone from my surgery, but the yoga helped me to accept it.

“I loved yoga so much that in March 2014 I took six weeks off work to train as a yoga teacher in India. A year later I went to Burning Man Festival in Nevada, where nudity is embraced. One morning I saw a model posing naked under a huge sculpture. It was so cool, I decided to try it.

“Stripping off, I walked up to a guy with a camera and asked him to take pictures of me. I was nervous at first as I started doing yoga poses and he snapped away, but I concentrated on my breathing, lost in the moment. It was incredible – I felt entirely free of shame.

“When I came back to London, I wanted to share the feeling of liberation by teaching naked yoga, and in April 2016 I started doing one-on-one classes, fitting it around my HR job.

“I taught mostly naturists and clients who were recovering from cancer. However, when one guy asked me: ‘Are you going to touch me during the practice?’ it rang alarm bells, so I decline clients like him.

“I held my first group class in a chilly hall in south London in January 2017, and all 16 places sold out. Beforehand, I was so nervous, I was almost sick.

“I arranged everyone in a semi-circle so they were all facing me, not each other, and I told them that staring and criticism were not allowed. If I needed to correct students’ postures, I would talk them through it but not touch them, to make them comfortable.

“Some people in my classes are initially so shy they’ll sit with their knees up to their chests, rather than cross-legged. Nudity is scary, but when you overcome your body hang-ups, you feel empowered. The most frequent question I get from men is: ‘What if I get an erection?’ It can happen, but it soon goes away when they move.

“Often students come into my classes quiet and nervous, but when they leave everyone is chatting and smiling. I also get people crying – which happens when you release stress and trauma. One of my students had been raped in the past and suffered from depression.

“She found my classes really helpful and felt that they were a safe place for her to be naked with other men and women. Naked yoga has been healing for her and she says it has helped her to accept her body. 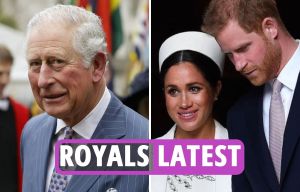 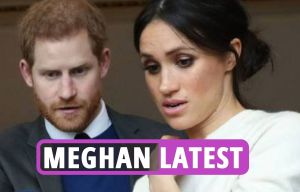 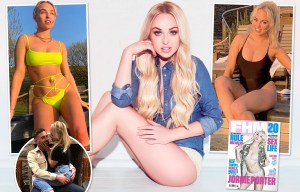 I miss lads’ mags – now I only let my man see me in undies, says Jorgie Porter 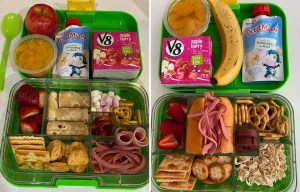 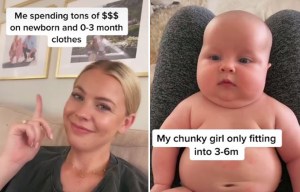 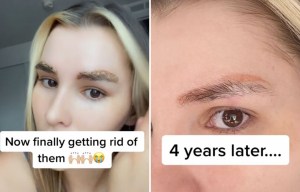 “In 2018 I left my HR job to go full-time as a teacher. I had to hold classes over Zoom in lockdown, which worked well, but I’m looking forward to face-to-face work again when possible because some people do prefer it.

“Meanwhile, I’ve come so far since my days of bulimia. Yoga has allowed me to let go of the past, and stay mentally and physically fit.

“Helping others to love their bodies has become my life’s work.”

Kristina Rihanoff works out in her at home yoga zone