A MUM who spent three years disappointed with her "blue" cabinet was left stunned after peeling off its protective film to discover the real colour.

Kayleigh Greer had no idea the B&Q drawer unit was actually the colour she had wanted - but just hadn't realised she was supposed to pull off the blue film to uncover it.

The 35-year-old had even asked if the store had any other colours, but accepted she was stuck with the "blue" one.

She brought the cabinet home in the summer of 2016, irked that it didn't match her and husband Darren's grey and silver bedroom.

But they stuck with it and three years later, while the mum-of-three was doing a deep clean, were staggered to find the cabinet has been grey all along.

Kayleigh, of Stevenage, Hertfordshire, said: “I never had any suspicions the blue colour was a protective film.

“I knew there was white tape along the top of each drawer which I thought was protection and would eventually need pulling off.

“Then I was deep cleaning the bedroom the other day and I was down near the cabinet vacuuming and I thought ‘while I’m down here, I may as well finally peel off the tape’.

“But as I started to peel, I noticed the blue film had lifted and I panicked and thought I had ruined unit.

“But I just kept peeling and it kept coming off. Underneath it was a really nice grey. It looks amazing."

After pulling the film off the entire unit, Kayleigh went downstairs with the blue plastic heaped in her arms - much to the shock of Darren, 48.

The dad, who had been looking after their boys Taylor, eight, Greyson, 17 months, and Felix, 16 weeks, rushed upstairs to see what Kayleigh had done.

Kayleigh said: “Darren was downstairs with the kids and I came down with all this blue film scrunched up in my arms. 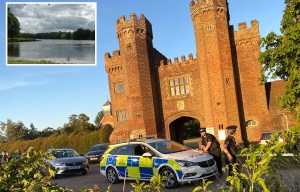 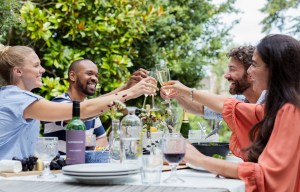 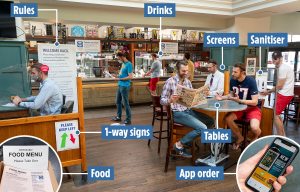 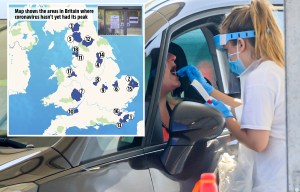 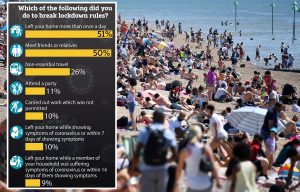 “He thinks it’s amazing. He prefers the cabinet now to before."

While the revelation came as a bit of a shock, Kayleigh says it’s like they’ve got a brand new unit "without spending a penny" - which now matches their other furniture.

Arteta said that top players want to go to Arsenal: The club has an incredible history. We play football that attracts
Sarri before Sassuolo: They are following the path of Atalanta. Juve must be prepared to endure
Again, we admire Atalanta: we threw 6 Brescia, scored 26 goals more than Juve, Pasalic has more goals in the spring than in Spartak
Rashford will become an honorary doctor of the University of Manchester. Before him, Ferguson and Charlton received degrees
Barcelona have made a request for 20-year-old Tottenham midfielder Sessegnon
Napoli offered 50 million euros and bonuses for Osimhen. The deal may include Unas
Pep on Klopp and Mourinho's words about FFP: If they want to talk, they have my number. We're in the clear
Source https://www.thesun.co.uk/news/8671415/mum-cabinet-bandq-real-colour-peel/