MUM Mandi Smith has shared a picture of her beloved son Haven - after the amazing youngster was born 100 days early and had to be ventilated at birth.

Haven weighed just 410 grammes which is less than a pound when he arrived on January 1 2019, single mum Mandi told Fabulous Digital.

In labour for six days, he arrived at 25 weeks following an emergency caesarean section at hospital in Mountain View, California, where Mandi lives.

"He was born en caul, when the baby is still in the amniotic sac," she explained.

"I was 25 weeks and six days when he was born although he was born the size of a 22 week baby due to intrauterine growth restriction (IUGR) which meant he wasn't getting enough food and oxygen through my umbilical cord."

Kept in hospital for eight months - until August last year - he was originally given a "less than 10 percent chance of survival".

He had problems with his weight, height, walking, kidneys and retinas with doctors warning Mandi he might never walk or talk.

But he's proved doctors wrong and is now doing amazingly, although he suffers from hypertension (high blood pressure) and needs a kidney transplant.

"He is still small for his age and in the nought percentile for his weight but he is making strides everyday to catch up," Mandi, a former soldier who fought in Afghanistan and had Haven when she was 41, said.

"He has gruelling therapy every day to work on his fine motor and gross motor skills. And occupational therapy to help with his eating aversion.

"He is 17 pounds 5 ounces now and almost 14 months on the 1st. Though he still has some delays in development he is a little warrior like his mamma. I’m an Army veteran whole was deployed to Afghanistan in 2010 and 2011."

Haven also needs glasses as his retinas didn't develop properly, common with premature babies, and had an operation to fix this.

Mandi said: "Haven is larger than life. Nothing seems to stand in his way despite being on a feeding tube, oxygen and a pump for his pulmonary hypertension."

She continued: "He is always smiling and flirting. He loves human contact and has never met a stranger because of all his exposure to different people early on."

She finished: "I was told over and over that he would have 80% chance of maybe not talking seen hearing or ever walking. He really is a reminder to keep hope alive

"And so many beautiful people around the world have supported us along the way and prayed for us. As an army veteran it’s nice to see kindness in the world instead of war."

Why is being born premature so dangerous?

A full term pregnancy is considered anything from 37 weeks on, but eight out of every 100 babies are born prematurely.

A premature birth is anything before the 37th week, and preterm babies will often need special care and support as they are not yet fully developed.

There are three categories to preterm babies: those born under 28 weeks are extremely preterm; between 28 to 32 weeks is very preterm; and anything from 32 to 37 week is moderate to late preterm.

One of the most premature babies to be born and survive is Amillia Taylor, born in 2007.

Amillia defied all odds when she was born at just 21 weeks, weighing less than 10oz and only nine-and-a-half inches long.

She was born two weeks before the legal time limit for abortion, which is 24 weeks.

For babies born under 22 weeks, the survival rate is effectively zero.

There are a huge amount of risks associated with being born so early, as often babies' organs and systems are not yet fully formed.

They may have health and development problems as they haven’t developed enough in the womb. 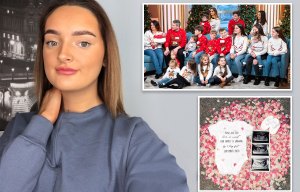 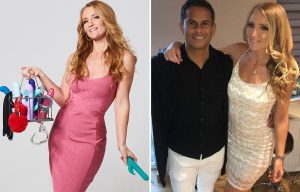 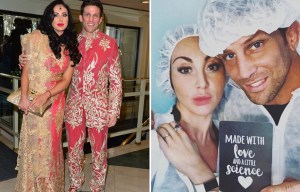 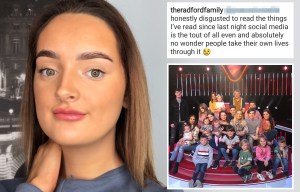 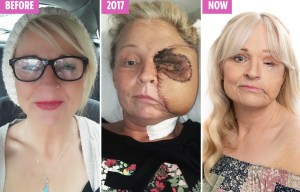 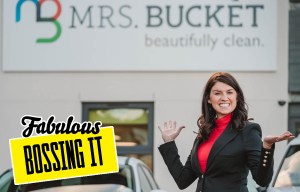 This mum urges you to help and support bigger babies just like ones born premature.