A NEW mum reckons her own breast milk is the reason her skin is so glowy and admits to using it on her face daily.

Si Si Shoffman, 30, who gave birth to her son CJ last summer, has an obsession with skincare and regularly shares tips and tricks on her Instagram page.

The Skin & Aesthetics trainer claims it's like "liquid gold," insisting it's the perfect anti-aging ingredient.

In a recent post, Si Si explained that she used her colostrum - the first milk new mums produce in the first few days after birth - because it supposedly has many benefits.

She said: "WHY I USED MY OWN COLOSTRUM ON MY FACE?! ATTENTION ALL MAMAS AND MAMAS TO BE.

According to the NHS, colostrum is the fluid a woman's breasts produce in the first few days after birth.

It's thick and usually a golden yellow colour. It's a very concentrated food, so your baby will only need a small amount, about a teaspoonful, at each feed.

What's more, Healthline says it has an important source of nutrients that promotes growth and fights disease in infants, but it can also be consumed during other phases of life — typically in supplement form

Si Si, who is originally from Glasgow but now lives in London, claimed: "It's magically anti inflammatory.

“It stimulates the production of normal healthy skin bacteria, which will fight any problematic bacteria (almost like your own natural probiotic).

“It can topically help any hormonal imbalances when applied on the skin.

Si Si said she understands it might sound bizarre, but she reckons those who don't do the same are "crazy".

"So you may think ‘SHE IS CRAZY’ for applying that to her face," she said.

“My response is: you are for not."

She continued to explain the rest of her skincare routine saying she uses her milk straight after a freshly cleansed face by inserting itinto a syringe before applying to her face.

Vote for your Fabulous Mum of the Year and WIN

Do you know a mum who deserves some extra recognition? We want to pay homage to the best mums in Britain.

During the pandemic they’ve been busy juggling childcare, homeschooling and work, with the added stress of worrying about the health of elderly relatives and vulnerable friends.

It’s never been a harder time to be a mum, so this year it’s even more important to honour the amazing women in our lives.

Nominate her for our Fabulous Mum Of The Year Award and she could win an overnight stay for two at a Champneys spa of her choice complete with a Gold package, which includes four relaxing treatments for the ultimate pampering experience.

Two runners-up will Champneys goodie bag worth £50 plus a £100 M&S voucher and £200 Nutmeg at Morrisons voucher, and all three mums will enjoy a makeover with our glam squad before taking part in a photo shoot for the magazine.

If you want to nominate a mum then fill in the form here.

To enter, upload a photograph of the mum you are nominating and explain why they deserve to win.

The deadline for entries is Sunday February 14 and one winner and two runners-up will be announced on Sunday March 14. Good luck – we can’t wait to hear from you!

She then follows through with a moisturiser from a brand called Fuarain, which supposedly contains "some potent magical ingredients extracted from Scottish water".

Strangely enough, her fans were completely on board with the unique skincare method, with many complimenting her "beautiful skin".

One responder gushed: "This is so cool! Your skin is glowing!"

And a third joked: "Contemplating having a baby just for the perfect skin." 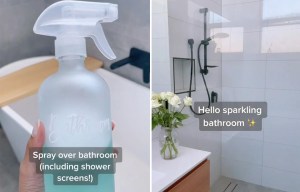 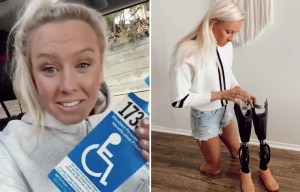 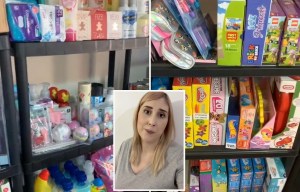 STOCK IT TO EM

Mum defends huge stockpile after she was branded ‘disgusting’ 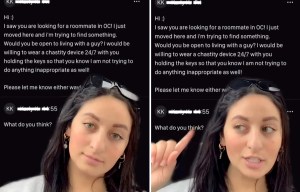 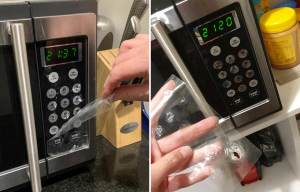 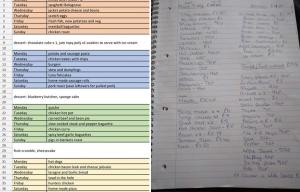 Mum feeds family for £1.50 each a day & shares monthly meal plan so you can too

In other beauty news, beauty fans are going mad over this mascara which gives you the longest lashes ever & it’ll cost you less than a tenner.

And these beauty fans revealed the cheap products getting them through lockdown – including £1 nails that are ‘better than acrylics’.

Meanwhile, grim footage will make you think twice about using face wipes to get rid of your foundation.

Gladbach coach on 0:2 with City: It is difficult to stop an opponent who is in such a form
Pep about Champions League: When I see Bayern like in the match against Lazio, I do not consider Man City the favorite
Morata contracted a cytomegalovirus infection. The Juve striker fainted after the game with Porto
Prosecutors have reopened the case against Jerome Boateng for assaulting an ex-girlfriend in 2019. She died in February
Gian Piero Gasperini: I will not talk about the removal, or UEFA will disqualify me for 2 months
Zidane on the removal of the Broiler: I don't know if the penalty was excessive. The real world was not his best match, but the win
Ex-referee Iturralde on the removal of the Broiler: Borderline foul. It was possible to show both yellow and red
Source https://www.thesun.co.uk/fabulous/13837202/mum-breast-milk-secret-youthful-skin-liquid-gold/