A MUM was left " absolutely overwhelmed" after a kind-hearted postman reached out to her after coming across a letter her daughter had wrote to her dad who died when she was little.

Mum-of-two Sarah, 45, from Braunstone, Leicestershire, was moved to tears by the postman's sweet gesture, after he attempted to track the family down to arrange something special for eight-year-old Sianna.

Sianna lost her dad Tony, 39, shortly after she was born so penned a note to him saying: “I love you and I miss you and I will see you again one day. I’m a good girl for mum.”

She posted it for Father’s Day last Sunday and mailman Simon James, 29, picked it up after spotting it was addressed to “Dad, Heaven, Cloud Nine, PO Box 29”.

He uploaded a snap of it on Facebook to try and track down the family, writing: “I would like to reach out to them and with their permission sort out a little something for the child.

“I myself lost my dad last year and as an adult found it hard so I can only imagine what this child is going through.

“Please, if anyone has any details then it would be hugely appreciated.”

Sarah came across Simon's post after people had tagged her in it and finally getting in touch with the postman, she revealed her daughter Sianna would be thrilled if he sent her a note back.

So, Simon then posted a card with a picture of a parent and child on the front which read: “Sianna, you truly are a very brave little girl and your dad would be so proud of you.

“Keep smiling and you’ll make the world a much better place. From Simon, the postman.”

Sarah told Leicestershire Live: 'I am absolutely overwhelmed by the response of the postman and of everyone who has seen the post.

"I haven't stopped crying since. I never thought for one second that anyone would find it or do anything with it. I just thought it would go in the bin."

Sarah, who works as a cleaner, explained that Tony, her partner of 24 years, died from a reaction to medication prescribed for severe arthritis eight years ago.

“It was such a lovely surprise and a wonderful thought. Sianna was all smiles and very happy and very grateful," she said.

Sarah revealed that, now she's getting older, Sianna is at an age where she's getting more curious about her dad and for Father's Day, she took herself off to her bedroom and wrote a letter to her dad to post.

Two days later, a postman had knocked on the door with a card and a present for Sianna.

Dad-of-two Simon, who has been a postie for six years, said: “After the year we’ve all had with Covid it’s time to make people feel good.

“I lost my dad to cancer last January. He was a retired local council road worker and was 76. It devastated me.

“When I saw the letter addressed to a dad in heaven it really touched me and I wanted to reach out to the child, tell then the letter would go to its destination and wish them well."

Simon’s appeal had a heart-warming effect on locals.

Luke Hubbard wrote: ”Such a good deed done by a hard working individual.This is an amazing post and if only 10% of the world was like this individual then the world would be a happier place.” 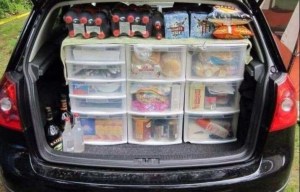 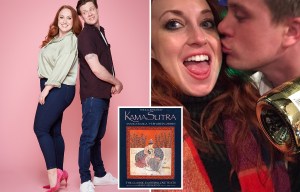 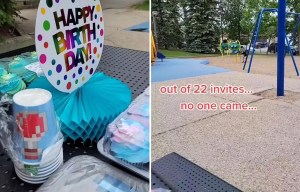 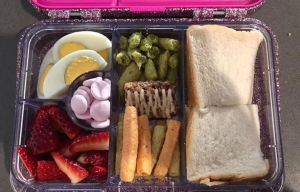 Mum sparks outrage over daughter's lunchbox - but do you see what is wrong? 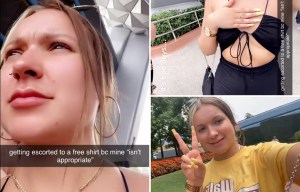 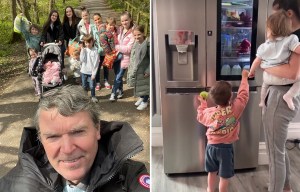 For more real life stories, one mum reveals 'I was told I’d never have kids, then I had a miracle pregnancy and now I’m a mum-of-eight'.

Plus, this woman revealed that her neighbour left her son with her to go shopping & never came back, so she raised him as her own.

And mum documents hilarious reasons for her toddler’s meltdowns from hating new book to running out of cutlery to put away.