Mum-of-3 cop killed by a train after changing her mind about suicide as mum listened on the phone, inquest told

A POLICE officer was fatally struck by a train after changing her mind about killing herself as her mum listened on the phone, an inquest has heard.

PC Lianne Matthews, 38, feared she was about to lose her job, but her parents convinced her to leave the tracks in South Wales to return home to her three children.

An inquest in Newport heard that the mum had previously been fined £1,000 and given a 20-month driving ban for drink-driving and being drunk in charge of a child.

The hearing was told that PC Matthews, based in Roath, Cardiff, "changed her mind" about her suicide bid after speaking to her parents on the phone.

Her family said they had convinced her not to go through with it as she stood on the tracks - only to tragically hear the noise of an approaching engine while still on the call.

In a statement read to the court, her sister, Heather Holsgrove said: "Lianne called my mother and was on loudspeaker as my mother wanted my father to hear.

"She was crying and said 'do you know what it feels like not wanting to be here?'"

PC Matthews - who feared she would be sacked from her school liaisons officer job - was convinced to return home to her children.

But her parents then heard the hooting of the approaching train, followed by silence.

Lianne was declared dead 20 minutes after the impact at Energlyn and Churchill Park, near Caerphilly.

Investigating officer DC Dilwyn Lewis told the inquest that Lianne's position on the track was not consistent with someone attempting suicide.

The Coroner was told that CCTV footage showed her facing the platform.

DC Lewis said it wasn't a "deliberate act" as "the injuries would be more traumatic.

"I think Lianne at the time deliberately went onto the track.

"But I think the contact with her mother caused her to change her mind and tried to get back up on the platform and then it was either mistiming or she was expecting the train to stop at the station."

Train driver, Andrew Lee, told the inquest that the 150 tonne train was travelling at 50mph and was given the green signal to pass through the station.

He said: "Suddenly I saw an image in front of me. I thought it was a young person with a backpack.

"We looked directly at each other before impact.

"I tried to apply the emergency brakes but couldn't stop in time and came to a stop a few hundred metres down the track."

She joined the force in 2006 and her partner Geraint Higgins is a serving police officer as a detective in the same force.

Mr Higgins told the hearing he didn't believe she had taken her own life.

He added: "Lianne was a beautiful girl who had a very caring nature.

"She was the most devoted mother I have ever seen. The last text I sent Lianne said how much I loved her.

"I believe alcohol and anxiety caused her to go onto the train line but she didn't intend to take her own life.

"I will always be haunted by the night of February 3rd."

She said the mum "was travelling home from work by train.

"At Energlyn and Churchill Park Station she climbed down onto the track area shortly after 19.10.

"She was hit by an oncoming train facing away from that direction." 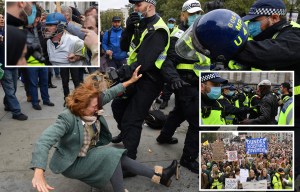 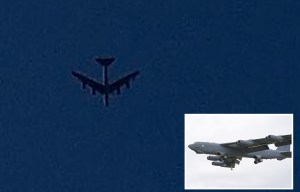 At the time of her death, South Wales Police said: “The officer’s family are currently being supported by specially-trained officers and our thoughts remain very much with them, her friends and colleagues who are grieving at this time.

“The officer’s death is being investigated by British Transport Police.

“She had been due to appear before a misconduct hearing in March to answer an allegation of discreditable conduct, following a conviction at Merthyr Tydfil Magistrates’ Court on September 9."

Hector Herrera on 0:4 with Bayern: We played very well with the best team in the world. Don't write off us
Antonio Conte: Borussia are well prepared, they have a lot of potential. Inter could have won
Guardiola on 3:1 with Porto: a Good start. In the Champions League, there are 5 substitutions, the players who came out showed themselves well
Flick about Mueller: he's a continuation of the coach's hand on the field. Thomas manages the team, drives it forward
Gian Piero Gasperini: Miranchuk has just started training. We have a lot of players, rotation is inevitable
Goretzka about 4:0 with Atletico: We were lucky that we didn't miss out at the beginning. It took 10 minutes to get involved
Klopp on the win over Ajax: it wasn't radiant football, but we scored three points
Source https://www.thesun.co.uk/news/12778344/cop-killed-by-train-mum-listened-phone-inquest/