A MUM has been accused of “child abuse” after piercing her eight-week-old daughter’s ears.

Levi Connell, from Leeds, has hit back after she came under fire for piercing little Willow’s ears.

Levi, 24, said both her partner and her mum raised their concerns about getting Willow’s ears done when she was so young, but she pushed ahead anyway, Leeds Live reports.

Levi said: "When I first decided to get it done I had mixed reviews from everyone, including my mum and partner.

"Willow was eight weeks old and I just took her one day and had it done. Other people said she was too young but I just look at her now and she is perfect.

"It saves me the aggravation when she's little because when she's older she might say she wants them and then decide she doesn't and now it's done she'll have them forever.”

Levi also got her ears done at a young age, and said her mum took her when she was 10 weeks old - but has since expressed reservations about Willow getting the same treatment.

Levi had hoped to take Willow when she was four weeks old, but was persuaded to postpone this for another four weeks.

She said: “They did it with the piercing gun so they drew dots on her ears, made a few alterations, did one and then she got a little bit upset with herself but they calmed her down and did the other.”

Levi added that little Willow doesn’t play with her ears as she knows the studs “are there”.

She thinks she shouldn’t be slammed for getting the jewellery items added, and people should keep their opinion to themselves.

She said: "I don't think anyone should have an opinion on something like this - would you discriminate because of a tattoo?

"You've got to live for today because you don't know what's around the corner.

"If people are questioning it, I would tell them to just go for it. Don't ask on Facebook because people will say 'don't do it because it's child abuse'.

"Make your own choice - it's your baby and you brought them into this world so you can decide what is best for them." 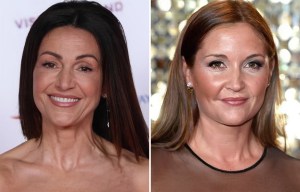 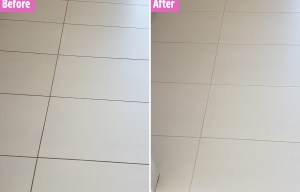 Mum who didn’t clean grouting for 16 YEARS gets it sparkling with £1.60 item 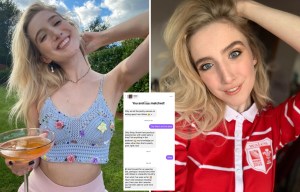 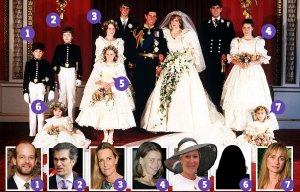 From drugs to 'Paedo Island' trip, what became of Di's page boys & bridesmaids? 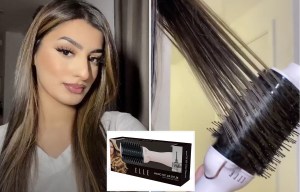 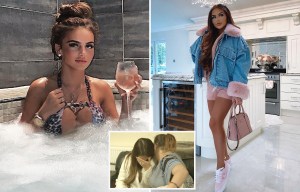 We shared how a mum was left gobsmacked when she was charged £68 for her daughter’s ear piercing at Claire’s Accessories.

In other news, this mum raged online after her ex-partner pierced their 9-week-old daughter's ears without telling her.

While an expert claimed that ear piercing can tackle migraines, hunger and period pains.

The election of the President of Barcelona will be held on March 7
Tiago Silva on Chelsea: No one said it would be easy. We are not going to give up
PSG are Interested in Eric Garcia. City defender wants to move to Barca (Mundo Deportivo)
Gasperini about the Beginning of: He has good technique, but Atalanta needs sharpness in attack. I am sure he will give it to us
The first player bought for cryptocurrency was ex-forward Castilla Barral
Playing on artificial turf is not football. Koeman before the game with Cornell of the 3rd division
The Premier League voted to introduce two substitutions due to concussions
Source https://www.thesun.co.uk/fabulous/13369365/mum-accused-child-abuse-getting-babys-ears-pierced-eight-weeks-old/

The Manchester United tactical changes that have transformed Paul Pogba

Who is poet Amanda Gorman?

Here's what some of our readers missed most in 2020

Countdown to end of consultation on Wirral Council budget

Free audiobooks for teens and tweens: 10 to listen to on Audible now

UK reports 1,820 more Covid deaths, the most recorded in one day

Teenage dad died after car 'suddenly swerved' off the road

Foreign summer hols could be off until 2022, warns top Professor

Amanda Gorman: Who is the 22-year-old poet who read at Joe Biden’s inauguration

Mutant Covid strain in the US since November 6 – six weeks BEFORE it was detected in Kent, study reveals

Racing tips: Fresh off an 11-1 winner this 10-1 selection can hit the target at Wincanton

Valentine’s Day meal deals 2021: Supermarket dine in for two offers, from Tesco to Marks and Spencer

Council plans to close all One Stop Shops across the city

Joe Biden speech in FULL - Democrat sworn in as US President

Subscriber of the Week: Jacob Wood