MRS Brown's Boys' Dino star has revealed a 'completely different' career after quitting the sitcom and claiming it 'held him back'.

Gary Hollywood played the Scottish hairdresser in the hit BBC sitcom from when it originally began in 2011 until he quit last year over an alleged pay dispute.

Now the 41-year-old actor has opened up about his future plans after leaving the Brendan O'Carroll show.

He told The Daily Star: "With Mrs Brown’s Boys, I was involved in a job that enabled me to have a nice life.

"But it also held me back because I’ve not been able to do other things.

“I played Dino for so long, so I’d love to do a serious role to take me away from that.

“I’d love to go back into drama and do something in a completely different light."

Gary wasn't the only star to quit Mrs Brown's Boys last year, as Damien McKiernan, who had played Rory Brown since 2017, also decided to leave the show.

Mrs Brown's Boys returned over Christmas and New Year without the actors for two new specials.

However, they received the show's worst viewing figures to date, but that hasn't stopped the BBC signing a new deal with Brendan, 65, to keep producing the specials up to 2026. 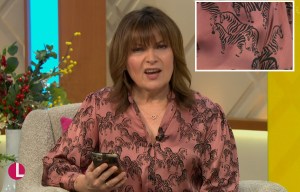 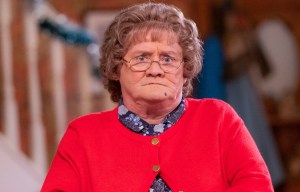 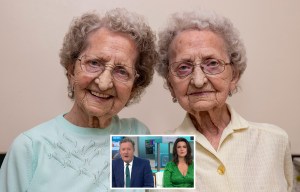 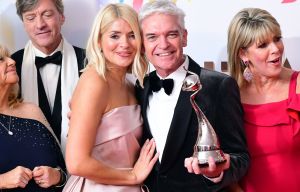 AND THE WINNER IS... COVID 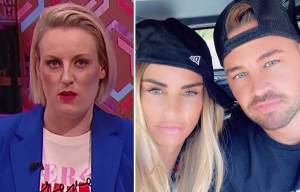 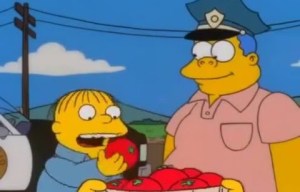 Brendan told The Irish Sun: "It's incredible that the BBC have nailed down such a special slot for Mrs Brown.

"We've been doing it for nine years already - which is six more than the Royle Family had and more than Morecambe and Wise."

"This new deal we signed last week goes all the way to 2026, which means I will be able to grow into the part, and we've a clause in which guarantees Mrs Brown is aired at 10pm on Christmas night, or else we don’t have to make it."

Body found in Wigan canal was that of missing man

Cat stuck in tree amazes firefighters by rescuing itself

Because I’m worth it, by Priti Patel

Manhunt for prolific burglar who raided homes as people slept

Cyclist who knocked girl, 5, down as he passed ordered to pay 86p compensation

Cyprus to welcome fully vaccinated British tourists from May 1

Jacqueline's Jossa famous cousin Megan starred in EastEnders before she did

Giant Iceland volcano system may ERUPT after 17,000 earthquakes recorded in a week

POLL: If lockdown was completely scrapped tomorrow, what's the first thing you would do?

A health check for democracy in Latin America

This rocky, volcanic exoplanet may be a candidate for alien life

Canelo Alvarez is ‘better than Mike Tyson’ and would BEAT Anthony Joshua ‘if he was bigger’, claims Yildirim’s manager

Easter holidays decision to be announced 'next week' - economy minister

BBC backlash: Labour turns on broadcaster over claim MP was snubbed for interview

Woodward comments on Man Utd's progress under Solskjaer this season

'Lego' dream home with breathtaking woodland in back garden on sale for £1.1m

Can I travel to Cyprus? Vaccine rules explained as Brits to return from May

Woman discovers an entire apartment hidden behind her bathroom mirror

Roger Robinson: 'I read Chris Rock's memoir on a flight, tears of laughter streaming down my face'

Prince Harry and Meghan Markle have ‘every right to tell their story’, says Omid Scobie