MPs serving on informal parliamentary groups while working in second jobs are facing scrutiny from a powerful parliamentary committee over concerns that they could exploit a lobbying loophole.

An inquiry by the Commons standards committee will examine whether MPs who sit on All-Party Parliamentary Groups that lobby for certain industries should no longer be paid by organisations in those same industries.

The move comes days after the committee launched an inquiry into APPGs, which have long been suspected as a way of vested interests furthering their commercial agendas.

The former Welsh minister Alun Cairns is vice-chair of the APPG on taxis, which has agreed to “continue pressuring the government to provide urgent financial support for taxi drivers”. At the same time, the MP for the Vale of Glamorgan is also paid as a senior adviser to Veezu, the private hire and taxi firm based in Newport.

Laurence Robertson, the Conservative MP for Tewkesbury, is the former chair and one of the vice-chairs of the Betting and Gaming APPG.

One of the group’s aims is “to act as a go-between for the industry, parliament and government; and to advise parliament and the government on gambling-related issues”. But Robertson is also paid £2,000 a month to be the parliamentary adviser on sport and safer gambling to the Betting and Gaming Council.

A spokesperson for Robertson said he was not an officer of the APPG and held the post of co-chair for six months.

Mark Garnier, the former minister and MP for Wyre Forest, is vice-chair of the APPG for Space. He is also paid £2,500 a month as chair of the advisory board of the Shetland Space Centre.

Nick Fletcher, the MP for Don Valley, is a vice-chair of the APPG for Electric Vehicles and is paid £800 a month as a director of Analogue Electrics Ltd, a government-approved installer of electric charging points.

The APPG confirms that, among other activities, it will be seeking debates on EVs and the UK’s role in the sector globally.

Mark Pawsey, the MP for Rugby, is the chair of the Packaging Manufacturing Industry APPG, the aim of which is ‘‘to address issues facing the industry from regulation”. He is also paid £2,500 a month as chair of the Foodservice Packaging Association. 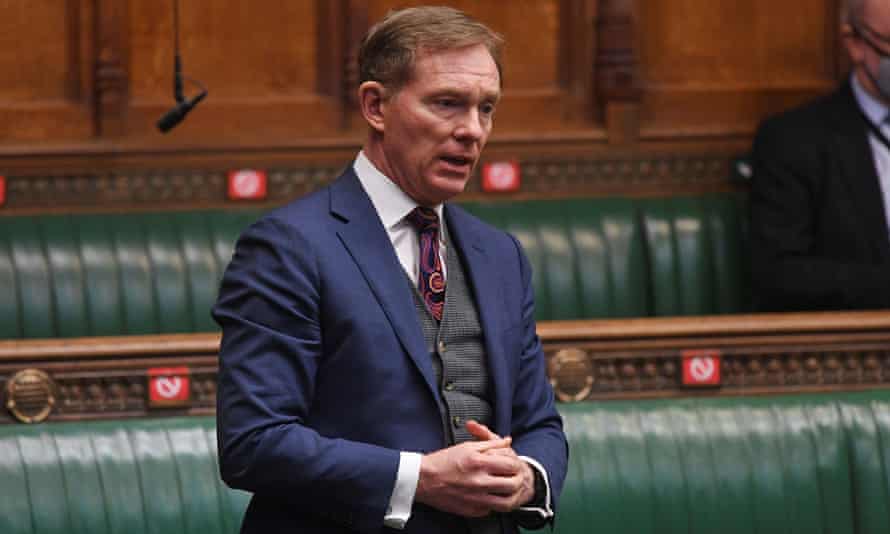 Chris Bryant, the chair of the standards committee, has been asked to examine the dual roles of MPs on APPG. Photograph: Jessica Taylor/Reuters

Pawsey, who worked in the packing industry for 30 years before being elected to parliament, said he did not believe there was a conflict of interest, but would comply if one were brought to his attention. “I joined the APPG for the packaging manufacturing industry to make use of my knowledge of the industry within parliament, and I believe that I have done so over the last decade. I do not believe that there is a conflict of interest – but if one was brought to my attention, I would, of course, take the appropriate action,” he said.

The offices of Cairns, Garnier and Fletcher have also been approached for a comment.

Tom Brake, director of the campaign group Unlock Democracy, has written to Chris Bryant, the chair of the standards committee, asking him to examine the dual roles of MPs on APPGs and close what they believe is a loophole in the rules.

“Unlock Democracy would contend that these MPs (and many others in a similar position) should at the very least recuse themselves from any APPG activity that seeks to influence government policy, secure parliamentary debates, etc in the area championed by the APPG.

“A more transparent approach, and one that could not be the subject of misinterpretation, would be for the lobbying rules to be amended to state that being a paid adviser to a company, industry or sector and being a member of a relevant APPG, or a number of relevant APPGs, was a breach of the lobbying rules.”

Bryant said the committee would examine Unlock Democracy’s claims. “APPGs are an important means of raising awareness about major national issues, but the name of parliament should never be taken in vain for commercial or personal gain. That’s why we’re doing an inquiry,” he said.