Analysis of lunar rock returned by NASA’s Apollo missions strongly suggests our planet and its Moon are the result of a massive impact between a proto-planet and the astronomical body Theia. Experts are now on the threshold of understanding the repercussions of this event that brought the Moon into being some 4.5 billion years ago.

I wouldn't say that this is the Moon, but it's certainly a very interesting place to continue looking

Some of these simulations produced an orbiting body potentially capable of evolving into a Moon-like satellite.

The researchers, led by Durham University in the UK, are at pains to point out this is not definitive proof of the Moon's origin.

However, they do concede this marks a promising start in understanding how the celestial body came into existence.

READ MORE: Life on Mars could exist miles beneath the surface - study 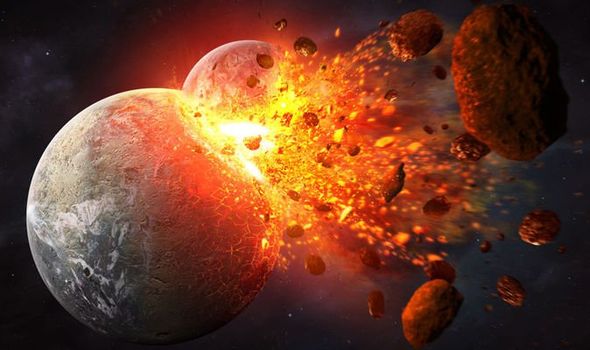 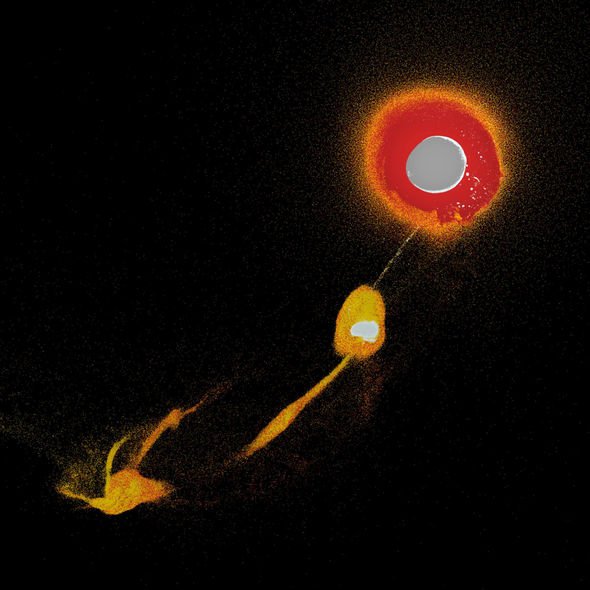 The most popular theory for the Moon is it formed following a collision between the early Earth and Theia.

Scientists believe Theia might have been an ancient planet in our solar system, with a size similar to the red planet Mars.

Researchers ran supercomputer simulations to observe material from the early Earth and Theia for four days after the cosmic collision.

They then ran other simulations after introducing spin to Theia, which produced a wide range of results, depending upon the size and direction of Theia's initial rotation. 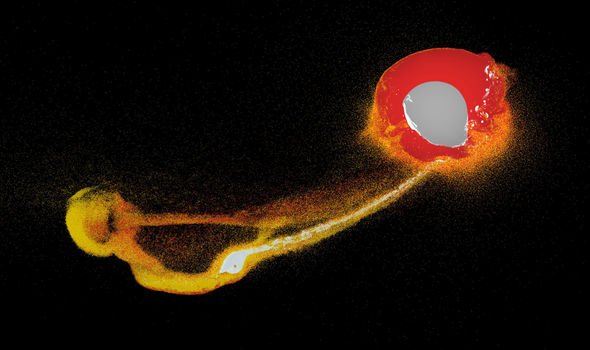 One extreme witnessed the collision merge the two objects together while at the other end of the scale, a skimming hit-and-run impact was observed.

The simulation where no spin was added to Theia was responsible for a self-gravitating clump of material boasting roughly 80 percent of the Moon’s mass, while a very similar body was formed when only a tiny amount of spin was introduced to the simulation.

The resulting clump of material is seen settling into an orbit around the post-impact Earth, before growing by accumulating the disc of debris surrounding our early world.

The astronomers found this has a small iron core, similar to its real-life counterpart, with an outer layer of materials made-up from the early Earth and Theia.

Lead author Sergio Ruiz-Bonilla, a PhD researcher in Durham University's Institute for Computational Cosmology, said: "By adding different amounts of spin to Theia in simulations, or by having no spin at all, it gives you a whole range of different outcomes for what might have happened when the early Earth was hit by a massive object all those billions of years ago.

"It's exciting that some of our simulations produced this orbiting clump of material that is relatively not much smaller than the Moon, with a disc of additional material around the post-impact Earth that would help the clump grow in mass over time.

"I wouldn't say that this is the Moon, but it's certainly a very interesting place to continue looking."

Before the Apollo mission research, there were three – now widely discredited – theories about how the Moon formed. 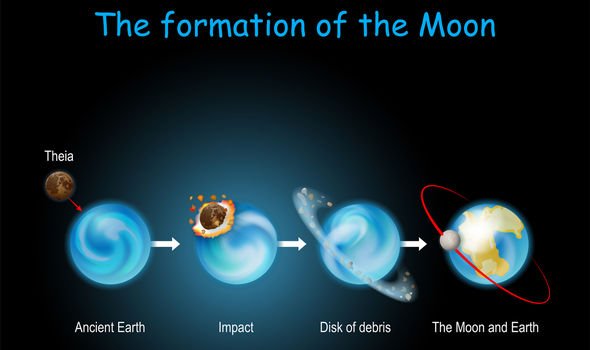 Our planet and its moon are the result of a massive impact between a proto-planet and the astronomical body Theia (Image: Getty)

The capture theory suggests the Moon was originally a wandering body that formed elsewhere in the solar system only to be captured by Earth's gravity as it passed.

The accretion theory conversely suggested the Moon was created along with Earth at its formation.

Finally, the fission scenario posits Earth was once spinning fast enough for some material to have broken away and began to orbit the planet.

Mourinho on Lampard's resignation: Football is cruel, especially modern
Dzeko denied West Ham. Striker wants to leave Roma in the winter
Milan wants to sign Porto midfielder Otavio for free in the summer
Manchester United may loan Lingard to West Ham
Mourinho on the double Ntombela: He's very creative. One of those who knows how to sharpen the game
Atalanta and Sevilla have agreed on the transfer of Gomez. The midfielder will fly to Spain on Tuesday
Laporta on Messi at PSG: I read that they have losses. We need to discuss what deals they can afford
Source https://www.express.co.uk/news/science/1368123/moon-formation-supercomputer-simulations-astronomy-moon-origins-space-news-evg?utm_source=feedburner&utm_medium=feed&utm_campaign=Feed%3A+daily-express-news-showbiz+%28Express+%3A%3A+News+%2F+Showbiz+Feed%29