A 19-year-old Michigan teen who was killed by a cop in a shootout after opening fire on the officer "had lost her boyfriend to a police shooting days earlier."

Briana Sykes was identified by police as the victim that was shot around 2.15pm on Saturday just blocks away from a Juneteenth parade.

Sykes' death prompted a wave of tribute posts on social media from her loved ones, including one claiming the 19-year-old's boyfriend had also died by police just days before.

Her cousin, Micajah Reynold wrote to Facebook: "Many already know and have reached out but for those who don't, my cousin was the woman in the viral video who was killed by police Saturday in Flint after firing at an officer.

"Although I don't have all the details and answers I would like to extend my condolences to the family of Briana's boyfriend who was killed two days prior by police which is what ultimately led to the events on Juneteenth."

Reynold admitted he could "only imagine the dark place" his cousin was in and the "heartbreak and pain she must've felt that would lead her to take such actions."

Sykes' grandmother, Eva Reynold Brown, also took to Facebook to share her loss, confirming her granddaughter was in the now-viral video of the shooting.

"That was my granddaughter. She is my world I know that God has her and all is well with my soul," she wrote.

Her 19-year-old sister, Nala McCracklin, revealed to the Daily Mail: "I do feel horrible for the officer who did it and I’m not upset at him or anyone else."

McCracklin, who described her sister to the news outlet as not violent, said she wants make sure anyone in need of therapy and counseling knows it's "okay" to get help.

She also mentioned her sister's boyfriend was recently killed in a shooting, but unlike her cousin, said it didn't involve the police.

Parade goer India Anderson, who was with her friend Shericka Lewis, heard the shooting and quickly captured it on her camera.

Speaking of the incident, Anderson told NBC25: "I've never seen anybody shoot a gun or get in front of me, so I just took the initiative to pull out my phone and record what was going on."

Lewis added: "It was a scary situation like being right next to someone and then knowing that bullet could have been three inches up more it could have hit me in my neck.

"It could have hit me in my head, it could have did anything.. I'm just happy that it just grazed my car it didn't shoot me and that it didn't hurt nobody in my car."

Lewis alleged that Sykes started shooting out of her vehicle when a Flint police officer returned fire and ultimately killed her.

Michigan State Police confirmed they had taken the lead of the investigation that they described over social media as a Flint Police Officer-involved shooting.

"Preliminary investigation indicates the officer, who was working a traffic point for the Juneteenth Celebration Parade, was fired upon by the lone occupant of a vehicle who drove up to him at the traffic point.

"Upon taking fire, the officer returned fire, striking the suspect," according to a tweet."

The officer wasn't hurt and state cops say no innocent bystanders were struck beyond the alleged assailant.

A crime scene perimeter had been set up on Saginaw Street replete with orange cones and yellow tape.

The shooting disrupted the city's commemoration of Juneteenth and Sykes succumbed to her injuries at the Hurley Medical Center, where she was transported to after the incident.

According to MSP Lt. Kim Vetter, the officer's name has not been revealed and remains on paid leave, the Detroit Free Press reports. 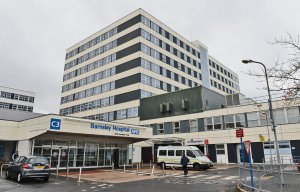 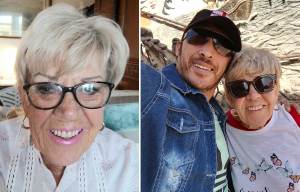 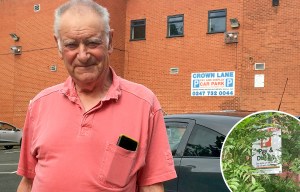 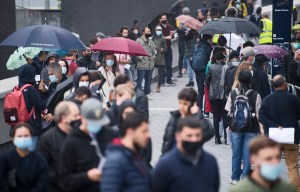 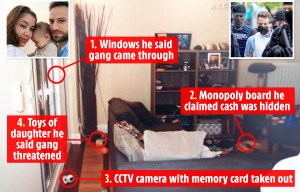 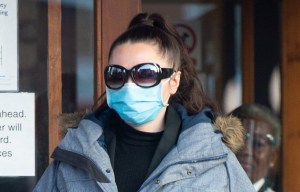 Vetter said the state police is aware of the videos circulating the internet.

"Evidence indicates she did shoot first. The bystander videos, we do have them and we are using them as part of our investigation," Vetter told the Detroit Free Press.

"And there are other surveillance videos in the area ... that’s typical investigative protocol that they would be checking any other video that was available at that incident."