The bloc’s Franco-German engine was shut down, with multiple leaders ridiculing a proposal for a leadership showdown with Kremlin bullyboy Vladimir Putin. In the early hours of this morning, European leaders adopted a hardline stance against Moscow after a diplomatic war of words at an EU Council meeting in Brussels. The EU’s prime ministers and presidents rejected Berlin and Paris’ proposed plan of ”meetings at leaders level” with Mr Putin.

In a highly humiliating blow for German leader Angela Merkel and French counterpart Emmanuel Macron, their effort to woo Moscow was blown out of the water in favour of a threat of economic sanction if Russia continues in “malign and disruptive activity”.

Ahead of travelling to Brussels yesterday, Mrs Merkel said: “In my opinion, we as the European Union must also seek direct contact with Russia and the Russian president.

“It is not enough for US President Joe Biden to talk to the Russian president – I very much welcome that – but the European Union must also create formats for talks here.”

But early this morning, she conceded defeat for her plan – which was endorsed by French President Emmanuel Macron. 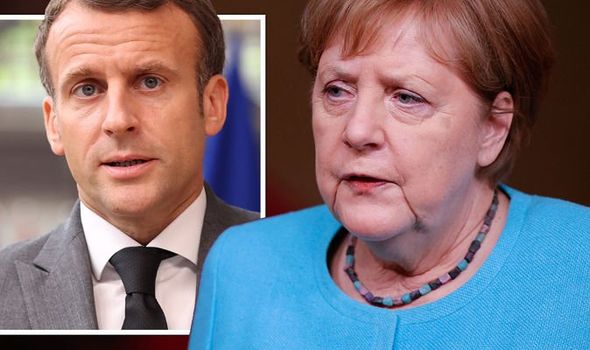 Dutch prime minister Mark Rutte had already told reporters he would not attend talks with the Russian president.

And eastern member states spoke out about the dangers of ignoring Mr Putin’s hostility towards the EU.

Lithuanian president Gitandas Nauseda warned that the EU should not engage with Mr Putin without setting out preconditions for improved behaviour for Moscow.

Ahead of the meeting, Latvian prime minister Krisjanis Karins suggested given the current state of EU-Russia relations, a summit could be a sign of weakness from the bloc.

“The Kremlin does not understand free concessions as a sign of strength,” he told reporters.

Polish PM Mateusz Morawiecki said talks should only take place if there was “actual de-escalation” in tensions.

Former Man City and Monaco striker Jovetic has moved to Hertha
Allegri on Real Madrid's Interest: I thank Perez, but I chose Juve because of my love for the club
Koeman likes Bayern defender Hernandez. Barcelona considers the transfer impossible
Former Liverpool defender Sako has moved to Montpellier
Gary Lineker: The Russian Olympic Committee has definitely become the most successful committee in the history of the Olympics
Massimiliano Allegri: Ronaldo is a great champion and a smart guy. I told him that he has more responsibility because the team is young
Chelsea have started negotiations with Sevilla about a loan. Defender is ready to move to the Blues

Woman, 31, cuts sugar out of her diet and loses 14 stone in less than a year

Extra £82 million a year is needed to end rough sleeping by 2024, report says