MEGHAN Markle was left ‘broken’ and ‘vulnerable’ after Megxit and her cathartic chat with chat show host Oprah Winfrey is set to bring ‘relief’ to the duchess, say pals.

One of Meghan’s closest pals Janina Gavankar has backed her long-time friend amid the fallout of Megxit and bullying allegations.

Having known the American actress for 17 years, and even taking the Sussexes Christmas card photo in 2019, Janina has revealed the relief of the upcoming tell-all Oprah interview.

“I have known Meghan for 17 years,” said Janina.

“ANY of us who know her, feel the same thing from her broken silence: Relief,” wrote her pal on Twitter.

“The truth shall set you free.”

Meghan and Prince Harry have recorded an explosive two-hour interview with the queen of the chat show Oprah Winfrey, which is due to be aired on Sunday at 8pm US time.

Clips screened on social media ahead of the full interview reveal the extent of Meghan’s anger at perceived ‘falsehoods’ about her.

In the 30-second clip, the talk show host asks the duchess: “How do you feel about the Palace hearing you speak your truth today?”

Pregnant Meghan replies: “I don’t know how they could expect that, after all of this time, we would still just be silent if there is an active role that the Firm is playing in perpetuating falsehoods about us.”

“And, if that comes with risk of losing things, I mean, I … there is a lot that has been lost already.”

Friend and royal commentator Omid Scobie says the Sussexes “tried everything they could to make it work” before Megxit.

“This is a couple that tried everything they could to make it work before they stepped away,” Scobie says in a new interview with Glamour.

He said he remembers seeing Meghan in March, two months after the couple had officially announced stepping back from the royal family.

“To see someone so broken in that moment, so upset and vulnerable…,” he said.

“She was standing in the middle of the palace, and she knew she would never be there again as a working member of the royal family.

“In that moment you realize it wasn’t just a difficult couple that failed to make it work. It was an entire institution that failed to nurture and protect a newcomer into the fold.”

Scobie added he believes the interview will be about the Sussexes own experiences of being a married couple and working members of the royal family, and “what they were up against within the institution of the monarchy”. 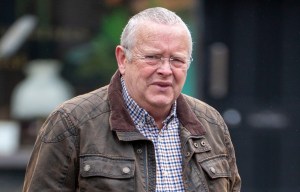 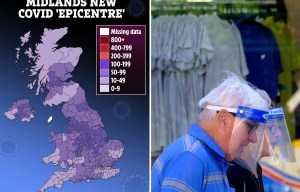 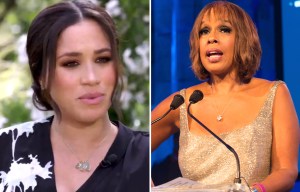 Meghan Markle's pal brands her battle with Palace as 'nasty' 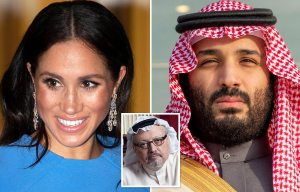 “This is truly the beginning of Harry and Meghan’s next chapter,” Scobie said.

“Not being able to share their side of the story in their own words has held them back in some way.

“This allows them to move on from the pain and the difficulties of the past. The experience of sitting down with Oprah, I would imagine, would have been incredibly cathartic for the couple. Now they’re truly able to focus on the things that matter to them.”