A VIDEO has resurfaced of Meghan Markle speaking out about racism she has suffered being biracial - and spoke of the time her mum was called the N-word.

The then-actress Meghan, who had not yet married Prince Harry, adds in the poignant clip from 2012, that she hopes the world will have changed by the time she has kids.

The video is currently going viral, as protests against racial inequality continue in Britain as part of the Black Lives Matter movement.

Meghan’s video was shot as part of a #IWontStandForRacism campaign, and features the future duchess speaking about her own experiences.

She says: “For me I think it hits a really personal note. I’m biracial, most people can’t tell what I’m mixed with and so much of my life has felt like being a fly on the wall.

“And so some of the slurs I’ve heard, the really offensive jokes or the names, it has just hit me in a really strong way.

“A couple of years ago I heard someone call my mum the ‘n word’.

“So I think for me beyond being personally affected by racism, to see the landscape of what our country is like right now and certainly the world and to want things to be better.”

Meghan, whose dad Thomas Markle is Caucasian and her mum Doria Ragland is African American, spoke of the accepting world she wanted her future kids to grow up in.

“But yeah I hope by the time I have children that people are even more open-minded to how things are changing and that having a mixed world is what it’s all about.

“Certainly it makes it a lot more beautiful and a lot more interesting.”

As grieving relatives of George Floyd prepare to attend a memorial service in his honour in the US, protests against racial inequality continue in Britain.

Demos are planned in London, Manchester and Birmingham, calling for the end of police brutality as celebs including singer Harry Styles and comedian Paddy McGuinness say that Floyd's death "can't be in vain".

To say that the death of black American George Floyd has hit a nerve in the UK is a huge understatement.

After video showed white officer, Derek Chauvin, pressing his knee on the neck of the dying man - while he pleaded for air with his hands handcuffed behind him - horrified Brits vowed to “kneel for Floyd in solidarity with protesters in America”.

While tens of thousands of protesters have taken to the streets across the US, anti-racism demonstrations continue to be held in Britain, with people chanting "Black Lives Matter" and waving placards calling for justice.

London defied lockdown to host a protest on May 31, resulting in some protesters being arrested following scuffles with cops.

In the moving video, Meghan admitted that some people look at her differently when they find out her heritage.

She said: “Certain people don’t look at me and see me as a black woman or a biracial woman.

“They treat me differently I think than they would if they knew what I was mixed with.

“That can be a struggle as much as it can be a good thing depending on the people you are dealing with.”

She said that leaving open-minded LA was like getting out of a bubble, and she was soon exposed to more judgemental mentalities when she travelled.

The Suits star also mentioned how her grandfather had moved her family across the country from Cleveland to LA, and he was forced to go round the back of places to get food due to his race.

Meghan continued: “I thought that was really isolated to those days that have passed and sadly they are not.”

I hope by the time I have children that people are even more open-minded to how things are changing and that having a mixed world is what it’s all about.

Meghan met Prince Harry in July 2016, and they tied the knot in May 2018, before their first child Archie arrived in May last year.

She has since moved back to LA, and is currently self-isolating with her family in a £15million Beverley Hills mansion.

Meghan has gained a legion of fans since joining the royal family, and Hillary Clinton has spoken out saying race has been “clearly an element” in any backlash she has faced.

In a Tatler survey, 27 per cent of people thought any unfair treatment of the duchess has been driven by race.

In an ITV documentary last this year, Meghan admitted she felt like she was “existing not living” and said her new royal life has been "a struggle".

She also added: "Not many people have asked if I'm OK." 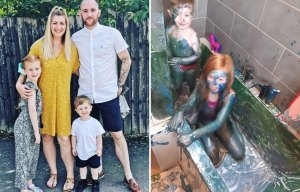 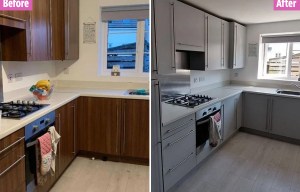 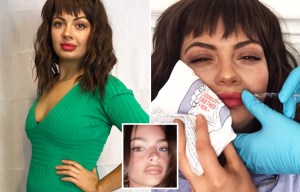 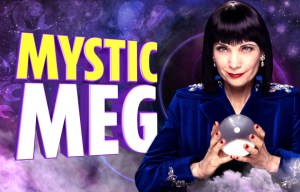 June 3: In love terms, don’t fall into the trap of denying your own emotions

Meanwhile, Meghan has been secretly working with animal charity as it battles funding crisis during coronavirus lockdown.

Bayer sports Director Feller on Havertz: We agreed that if possible, he could leave this summer
Roma midfielder under has agreed a 5-year contract with Napoli for 3.5 million euros a year
Baros will end his career at the end of the season
Pogba and Brunu were injured when they collided in training. The Bournemouth game is in question (Daily Mail)
Ex-President of Barca Gaspar: Messi has a few more years to be the best player in the world
Morata scored a double for Atletico for the first time since March last year
Rummenigge on Tiago: there have been no Contacts with Liverpool, but he wants something new
Source https://www.thesun.co.uk/fabulous/11771050/meghan-markle-experiences-racism-mum-n-word/