Harry and Meghan criticised amid royal visit to New York

Royal expert Natalie Oliveri reflected on Meghan Markle and Prince Harry's recent trip to New York and the aftermath of that. While speaking on Today AU, Ms Oliveri argued some people have accused the Duke and Duchess for conducting a royal-esque tour - without representing the Queen - as senior royals. She noted the criticism is based on Meghan and Harry's ability to meet with important people, including the New York Mayor.

Ms Oliveri said: "Some people have even been labelling this tour as an embarrassment because of those responsibilities Harry and Meghan appeared to ditch when giving up their place as senior royals.

"Now it looks like they are going to back royal working duties.

"This is because of who Harry and Meghan met and where they visited during their visit to New York, that really has people talking.

"They started their visit to the One World Trade Centre and the 9/11 memorial.

DON'T MISS: Kate and William to take back spotlight after Harry and Meghan NY trip 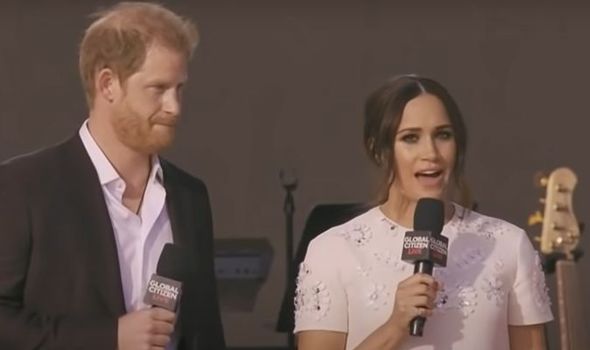 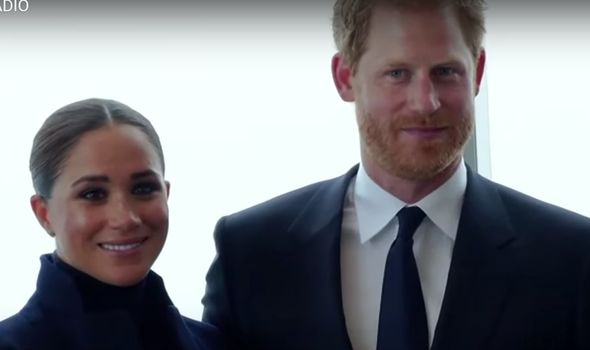 "Here they met with the New York Mayor and then went to the United Nations and after that they visited a school in Harlem.

"Meghan was reading chapters from her book The Bench and Harry sitting in the front row.

"The culmination of their visit to New York was attending the Global Citizen live concert in Central Park.

"As you mentioned they called for equal access to the coronavirus vaccine." 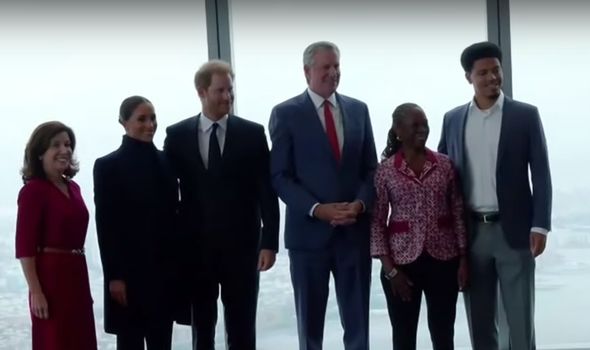 While speaking on TalkRadio, Ms Levin claimed: "I think it is both funny and kind of shocking.

"This is because Meghan and Harry are doing a sort of pseudo royal trip.

"The list of what they are going to do is the same as I have received over the years when accompanying royals on an engagement.

"They have done it as if it was that.

"We have got somebody who is not supporting his own country over there, we have got an ex-actress who wasn't terribly good, who are they?"

Ms Levin continued to criticise Meghan and Harry for their ability to meet important figureheads.

Sandro Wagner: Messi didn't deserve the Golden Ball. Chiellini is the favorite, followed by Lewandowski
Gary Neville: Manchester United stars don't plow like de Bruyne, Mane, Bernardo and Firmino. They lack such a work ethic
Salah turned into Messi. Lineker on Liverpool forward
We will ask you to punish those who unreasonably accused Glick of racism in the match with England. The Polish Football Union will appeal to FIFA
Milan's midfielder Rebic suffered a muscle injury in the match against Verona
Newcastle's budget for the winter is 50 million pounds, although the club has the right to spend 190 million without violating the FFP
Chelsea did not sign Donnarumma in the summer, as they see Mendy as a goalkeeper for years