WHEN she was a bit-part TV actress, Meghan could never have imagined that one day the whole world would be hanging on her words.

On Sunday evening the Duchess of Sussex will vent her spleen to Oprah Winfrey about one of the globe’s most enduring institutions, the UK’s Royal Family.

Her husband Harry, once a cornerstone of that institution, will join the pair to add his tuppence worth.

It’s a TV event designed to rock the Royal Family to its core, unprecedented in its centuries-old history.

I believe the Sussexes are making a monumental error of judgment that they will come to regret.

Not least because Harry’s grandfather, the Duke of Edinburgh, is currently recuperating in his hospital bed from heart surgery.

The Queen doesn’t even know when she will see her husband again. She must be so worried and the last thing she needs is this on her plate.

There is also a very good precedent for the Sussexes on why airing your dirty laundry on TV can be a bad move.

HARRY HAS LOST HIS ROLE IN BRITISH PUBLIC LIFE

In 1995, Harry’s mum Diana appeared on Panorama and uttered the famous comment: “There were three of us in this marriage.”

Watched by 22.8million viewers, Diana also told interviewer Martin Bashir that the monarchy was in desperate need of modernisation.

But I think Diana came to regret appearing on that programme. It led to her divorce from Charles and being stripped of the title Her Royal Highness.

Now, I believe, the Sussexes are blundering towards another unseemly mess in the glare of the TV lights.

We have already seen a clip in which Meghan refers to the royals — her in-laws — as “The Firm”.

I have never heard a royal use that phrase before. I think it makes the Windsors sound like a Mafia organisation or the Krays.

Remember, there are two hours of the interview and Oprah’s been doing this a long time. Expect more zingers.

But on this side of the pond Buckingham Palace fired off a zinger of its own on Wednesday. Following claims in The Times that Meghan had bullied two members of staff, the Palace said it was launching an inquiry. Meghan strenuously denies the allegations.

When the bombshell statement dropped I nearly fell off my chair. I’ve been covering the royals for 44 years and have never seen anything like it. I thought: “This is unbelievable.”

The Palace never reacts by holding an inquiry. It is usually, “Never complain, never explain”.

The sign-off on this can only have come from the Queen.

She may have consulted Prince Charles and others but no other person could have authorised that.

Those who say they were bullied have been invited to have their say. This story will run and run. Meghan and Harry’s interview with Oprah was recorded before the bullying claims.

In a pre-released clip from the interview, the Duchess explains to the chat show queen that she and Harry couldn’t be expected to stay quiet if Buckingham Palace was “perpetuating falsehoods about us”. Meghan adds: “If that comes with risk of losing things, I mean . . . there is a lot that has been lost already.”

Well, my view is that Meghan has lost nothing. She is back in Hollywood and on prime time.

Harry has lost seeing his family, his military patronages and his role as a much-loved prince in British public life.

I look at this rugby-loving, British Army veteran and can’t help but think he’s a fish out of water in sunny California.

There is also another historic precedent Harry should look to. Following the abdication of Edward VIII in 1936, to marry US divorcee Wallis Simpson, his brother George VI took the throne.

It led to years of hostility between the two and their wives.

Please, Harry, don’t let this fallout with your brother William last a lifetime.

Look, Harry is a decent, compassionate and caring young man. He has great feelings for The Queen, Prince Charles and, deep down, his brother William. Despite their fall-out, he and William have a special bond.

But I believe taking them on via the TV celebrity circuit is no way to heal wounds.

PEOPLE WILL GET BORED WITH THEM

I would have preferred to see a video message from Harry and Meghan wishing the Duke of Edinburgh a speedy recovery and best wishes to the Queen.

Or see their son, little Archie, Zoom calling his cousins in rainy Britain. He is missing out on so much by being away from his dad’s family.

When the furore over the Oprah interview calms down, as it will, the Sussexes will be just another couple of celebrities in a town full of celebrities. 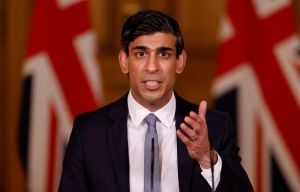 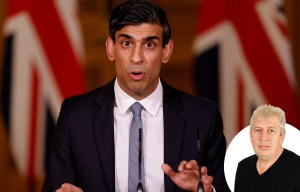 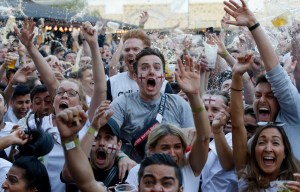 UEFA should let Britain host the Euros before capacity crowds... all jabbed up 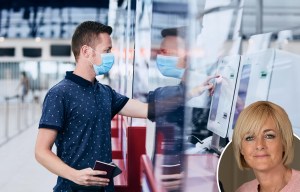 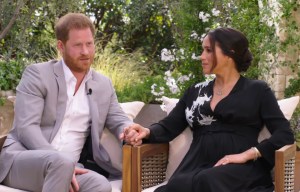 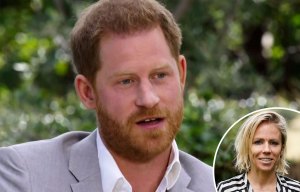 So moving to LA and banking £120million is a 'tough' year, Harry?

The appetite for their royal shock and awe will slowly wane after each podcast and TV appearance. People will get bored of it.

The 1,000-year-old monarchy will remain steadfast and resolute.

And Harry, 5,000 miles away amid the palm trees of California, may wish he and his wife had never poured out their hearts to Oprah.