MEGHAN Markle and Prince Harry are aiming for “world domination” and have several steps to achieving it, experts have claimed.

The Duke and Duchess of Sussex are currently lying low in Canada following stepping back from the royal family, but could come back with their own “empire”.

According to the New York magazine, Meghan saw the royal family as a “stepping-stone back into the game of self-salesmanship she seemed briefly to leave behind.”

They claimed she inverted the Disney dream, in being a princess ready to make her own "empire" after meeting her prince.

The magazine spoke to experts about the royal couple’s next steps in forging a new life for themselves and achieving their goal of being financially independent.

KEEP A LOW PROFILE FOR A MONTH OR TWO

A PR specialist told the magazine the couple need to “keep a low profile” until the news cycle exhausts itself.

The PR guru advised the couple are caught in a “hurricane” at the moment and need to lie low until it dies down.

The professional added: “They need to roll out a month or two from now with some ‘showing, not telling.”

However, it was pointed out that the duke and duchess should be wary of waiting too long to sort out their new image, as the “time to monetise is now”, and “royalty is forever" but "celebrity is not.”

The PR advisor said the couple should next engage in an activity that creates a “unique series of new photos”, preferably involving some positive-leaning charity work.

They added the couple should “go do some Africa and elephants” and then feed the news with those pictures.

The expert said that former actress Meghan should have no trouble in this area as she is skilled in “feeding her online image”.

They said the Suits star used to attend as many red carpet events as possible and post photos at home and during philanthropic missions to update fans.

GET BACK INTO HOLLYWOOD

According to the magazine, Meghan is going to be keen to head back into the world of Hollywood, if her Disney voiceover deal is anything to go by.

It was announced that the duchess will be doing the collaboration in exchange for a donation to Elephants Without Borders, an organisation that helps to track and protect the animals from poaching.

Even Netflix have expressed their interest in working with the couple, with chief content officer Ted Sarandos saying: “Who wouldn't be interested? Yes, sure.”

The magazine added: “With Hollywood in the midst of a streaming gold rush, and even smaller influencers making deals there off the power of their reach, one could easily see Markle taking any role she wants, like succeeding Gal Gadot as the next Wonder Woman.”

The publication speculated that the duchess could do her acting from “film-friendly” Vancouver and Toronto, if she goes down this path.

EARN MILLIONS ON A TELL-ALL INTERVIEW

It was speculated by the magazine that Meghan and Harry could earn millions doing a tell-all interview on the royal family.

They said the Queen was rumoured to be nervous about this taking place, when discussions took place for the Megxit agreement.

A number of royal reporters have claimed they had been told the couple have "no plans" to do an interview - in print or on television, but could this later change?

Prince Harry already has plans for a six-part documentary on mental health in collaboration with Oprah Winfrey and Apple.

And Meghan could go down a similar path with future projects, it has been speculated.

The magazine said Meghan may be keen to make a documentary about causes close to her heart such as women’s empowerment.

It has been confirmed by Nicole Nichols, chief spokesperson for the Oprah Winfrey Network, that Meghan and Harry are “not in discussion for an interview” at present.

Although Meghan is said to be donating the money from her Disney voiceover, it has been predicted that the duchess will start to pocket from charity ventures.

The publication added Meghan could start making “hybrid deals” with charity donations and a large fee for herself.

A publicist said: “The plan has to be world domination, though I don’t think she’ll do a lot of commercial stuff for a while, because she wants to prove the British wrong that she’s just a brat and a gold digger.”

According to the magazine, rumours are circling about the couple being keen to find a home in the picturesque alpine resort of Whistler, so they can “enjoy winter.”

They are currently staying on quiet Vancouver Island, which locals have dubbed a spot for the “newlywed or nearly dead”.

The couple have been living there after they said they will split their time between the UK and North America.

Harry and Meghan’s friend Jane Goodall said Harry “desperately wants little Archie to grow up away from all the pomp and royalty."

The New York Times magazine speculated whether part of the couple’s plan to heading into Hollywood could involve sending their kids to a Canadian boarding school.

This would follow in the footsteps of now-disgraced Prince Andrew, who attended a private school in Ontario, Canada, for six months in 1977. 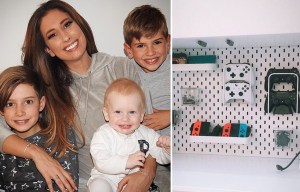 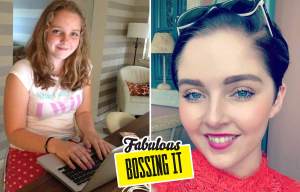 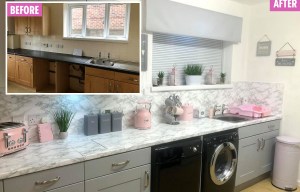 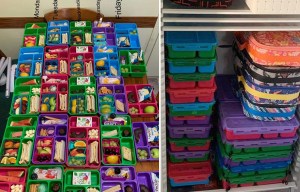 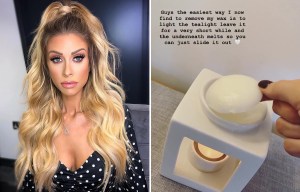 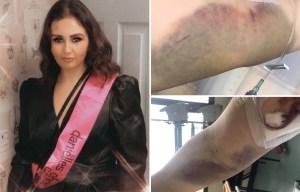 Mum, 22, died of cancer a WEEK after seeing her GP about strange bruises

We shared how Prince Harry is ‘missing UK pals and uses WhatsApp group to send them funny videos from Canada’.

It comes despite claims Harry "pushed aside" some of his friends after marrying Meghan Markle.