SHE was publicly slated for her sexy outfits on last year’s BBC1 prime-time show Save Our Summer, but Maya Jama isn’t bothered – in fact she’s vowed to keep her wardrobe wow factor.

The former radio host and now much-loved telly star is brilliantly unapologetic when asked about the criticism of her on-screen clothing choices.

Speaking about getting back into some racy outfits as the new host of BBC Three make-up contest Glow Up, Maya said: “I can’t bloody wait.

“I’ve already planned my outfits for the first day of release like I’ve been in jail.

“I’m going to wear what I want, as usual, and that’s how I’m going to stay. To be honest, I’ve always dressed this way.

“It only became a topic recently, so I’m just going to continue. And that’s that.”

It’s not hard to see why Bristol-born Maya is fast becoming one of the UK’s best-known faces.

After leaving Radio 1 last May to seek her fortune on the box, her career has gone from strength to strength.

And as the new face of Glow Up, which was previously presented by Stacey Dooley, Maya is in her element. She said: “I’ve been a fan of the show since it started.

“In the history of joining shows that have already been set up, it can feel a bit daunting and scary but I didn’t feel that at all with Glow Up.

“I felt super-welcomed and it felt really natural and nice.

“She has been amazing and she’s doing incredible bits as usual.

“I don’t know why the internet and TV world want to pit people against each other.”

Maya worked with judges Val Garland and Dominic Skinner on the show, who were both full of praise for the Beeb for getting the show to air.

Dominic added: “To say that production went above and beyond is an understatement.”

He added: “Honestly, I’ve had more things up my nose than I would care to remember and my gag reflex has gone.”

But Maya admitted she was the one on set who needed the tissues handy, rather than the competitors.

She added: “I never thought I’d go there and start getting emotionally attached to everybody and cry.

“That was the biggest surprise for me – I cried on the first day.”

NAOMI Campbell has revealed she refuses to sleep in air-conditioned rooms because she thinks the cool air would cause lines to form on her super-smooth face.

During a tour of her luxury villa in Malini, Kenya, with Architectural Digest mag, she said: “I don’t personally sleep in air conditioning. It gives wrinkles, I believe.”

Other gems she swears by include bathing for thirty minutes every day in “Epsom salts and Kosher salts and vinegar”.

AFTER winning Little Mix’s BBC talent show The Search last year we’ve not heard much from boyband Since September.

But that is all about to change – after the lads were given a helping hand from Scouting For Girls’ lead singer Roy Stride.

In an exclusive chat ahead of his band’s new album, Easy Cover, Roy revealed he had been helping the promising group work on their sound along with Perrie Edwards, Leigh-Anne Pinnock, and Jade Thirlwall.

Roy, who will tour with Scouting For Girls this autumn after the album is released on Friday, said: “Since September are an amazing, incredibly talented group of individuals.

“They won the chance to support Little Mix then the tour got postponed for a year. And because it was on the BBC there were some weird competition rules so they couldn’t be signed straight away.

“They were quite pop-rock on the show, now they’re not as rock. They’re better than that.”

“They’ve got incredible vocals and one of the kids is an amazing songwriter as well.

“Little Mix are definitely involved and have tried to mentor them, so I’m sure they’ll give them a bit of a push.

“All of that stuff helps but at the end of the day until you’ve got a believable band and a great song you’re better off waiting and going for it.

“I think people will be shocked at just how good it is.”

THERE was no missing Rihanna when she went out for dinner at celebrity hotspot Giorgio Baldi in Santa Monica over the weekend.

The Bajan superstar dressed in brown leather-trimmed trousers which she wore with a tie-dye top and an eye-catching jacket that made it look as though she’d caught fire.

Never one to avoid a clashing print, Ri-Ri topped off the look with a zebra-print bucket hat.

She’s giving Jamiroquai singer Jay Kay a run for his money with this lairy titfer.

PARIS Hilton said she still feels like she suffers from PTSD after the leak of her sex tape in 2004 by ex-boyfriend Rick Salomon.

Speaking on the Vanity Fair Cocktail Hour live, the heiress said the release of the footage of a “private experience between two people” was humiliating.

She added: “When it happened, people were so mean about it to me. It was even more hurtful to me to have these people think that I did this on purpose – that killed me.

“It still gives me post-traumatic stress disorder to talk about it.”

SHE might be on the holiday of a lifetime but Charli XCX still found time for a cheeky photoshoot after a day at the beach.

The pop star is currently living it up in the five-star Four Seasons hotel in Hawaii with her boyfriend Huck Kwong.

She shared this snap of herself in a neon pink bikini top and bright yellow briefs on Instagram and told her followers: “Self timer: a dear friend.”

The Boom Clap singer has spent the past week sunning herself with Huck after she revealed lockdown saved their romance. 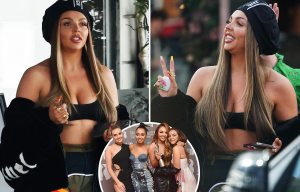 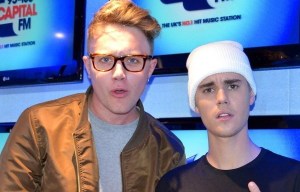 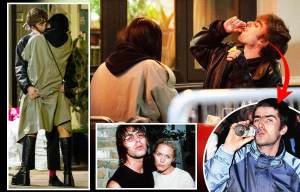 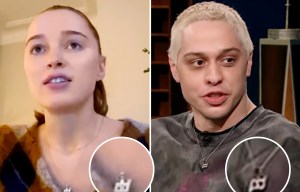 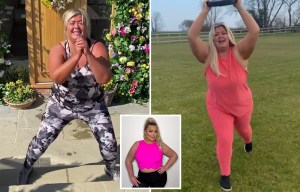 ONLY WAY IS TONE UP 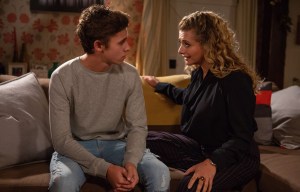 She explained: “I’m extremely lucky that it has brought us physically close together.

“We were, I’m not going to say like at the end of the road, but close to it. We were living on separate sides of the country . . . we were physically far apart, we were emotionally quite distant as well.”

After seeing this snap I don’t think Huck will ever let her go . . .

THE ninth instalment of the Fast And The Furious franchise is out on July 8.

And the film’s director, Justin Lin, is already hard at work on the tenth. But while it is full steam ahead behind the scenes, Justin told Variety that he doesn’t think production will begin until 2022.

“Even though I think there are some ideas, I don’t think we’re going to be shooting this year.”